Nixa has it all

A progressive and fast-growing community, the City of Nixa, Missouri is home to approximately 21,000 people, making it the largest city in Christian County and the second largest in the Springfield metropolitan area. Nixa is known as an innovative city, having won the Missouri Municipal League Innovation Award for three consecutive years, something that no other Missouri city has ever done.

“We really push to think outside the norm and how we can come up with innovative solutions to today’s problems,” says City Administrator, Jimmy Liles. “For example, we received an Innovation Award for our solar farm partnership. We’ve also won an award for our Community Alternative Sentencing Court (CASC), which is a fantastic program. And then, most recently, we won the award again for our Think Tank, which is a way for us to get our line-level employees’ input to come up with solutions to problems that we may be facing. We’re always looking for ways to be innovative and think outside the box, and that’s how we approach all the problems that we face.” 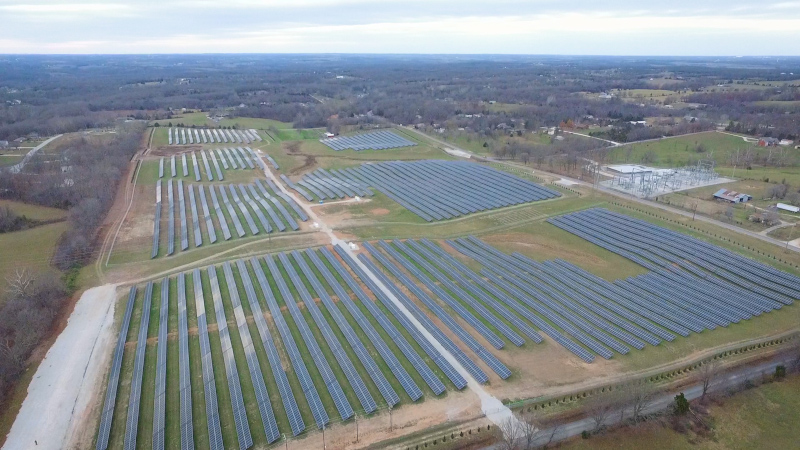 Regarding the city’s innovation award for solar power, Doug Colvin, Assistant City Administrator and Director of Nixa Utilities and Public Works, explains that Nixa does not generate any of its own power, but rather purchases it from City Utilities of Springfield and the Southwestern Power Administration. However, since 2017, it has also purchased about 10 percent of its electricity from the Nixa Solar Farm, which is owned by a private firm, Gardner Capital, and operated by MC Power Companies. The City of Nixa has an agreement to buy 100 percent of the power generated from the 72-acre facility which includes 33,288 solar panels, capable of generating up to 7.92 megawatts of AC power.

“That was a really big effort to satisfy our customers who wanted us to do more on the renewable energy side,” Colvin states. “It required us to build some lines out to the solar farm, and we had a local property owner that got involved by offering a very attractive lease for the property for 99 years. It really worked well because there was a collaboration among four different entities that came together to be able to provide renewable energy, which is a service that our customers were asking for. The Innovation Award that we won was specifically for our work as a public/private partnership. The other thing is that over the long-term life of the contract, we’ll save somewhere between $2.5 and $4 million. And because it was very well received by the community, they want us to continue. So, we’re working on a project, now, to add another 10MWs of wind energy. That hasn’t happened yet, but it’s moving forward to happen as early as this summer. So, we’re pretty excited about that.”

Another example of Nixa’s innovative approach was its decision in 2018 to sell its electric transmission assets, including a 10 mile, 69 kV transmission line between the City of Springfield and the Southwestern Power Administration, as well as four substations and related infrastructure, to GridLiance, Holdco, L.P., an independent transmission company, which currently operates hundreds of miles of transmission lines and related substation facilities in Nevada, Missouri, and Oklahoma. While Nixa Utilities will continue to own the distribution lines which go into the city’s homes and businesses, it will no longer have to maintain the transmission lines which connect the city to the regional grid and power stations where electricity is generated, which, over time, will save it money on transmission costs.

According to Liles, Nixa is growing at a rapid rate. “When the next census comes in, we’ll probably be closer to anywhere from 23-25,000,” he reports. “Residential growth is absolutely blowing up in our community.” “We position ourselves as one of the premier suburbs of the Springfield metro area here in southwest Missouri, and we’re trying to get aggressive about meeting our residential growth with equal commercial growth,” adds Public Information Officer, Drew Douglas.

In order to accomplish that goal, the city recently entered into a collaborative partnership with the neighboring city of Ozark and Christian County to create an economic development organization called Show Me Christian County. “We were at the point of whether or not we wanted to hire our own economic development coordinator,” Liles recounts. “We realized that we would have a stronger force as a region. That way, we can promote the county as a whole, instead of as one individual city. That’s taking off and starting to gain some steam and we’re starting to see the fruits from that. A lot of things have come to the region because of that partnership. It’s been a great asset to our community.”

Show Me Christian County’s President and CEO, Andrea Sitzes, talks about some of the recent successes that the organization has helped bring to Nixa. “Just recently, through our business concierge approach and alignment with several different resources, we were able to partner with a private developer in landing a grant from the Missouri Governor’s Transportation Cost Share, which allows for additional  right-in/right-out access off the primary highway (SR-13) that runs north/south through Nixa,” she notes. 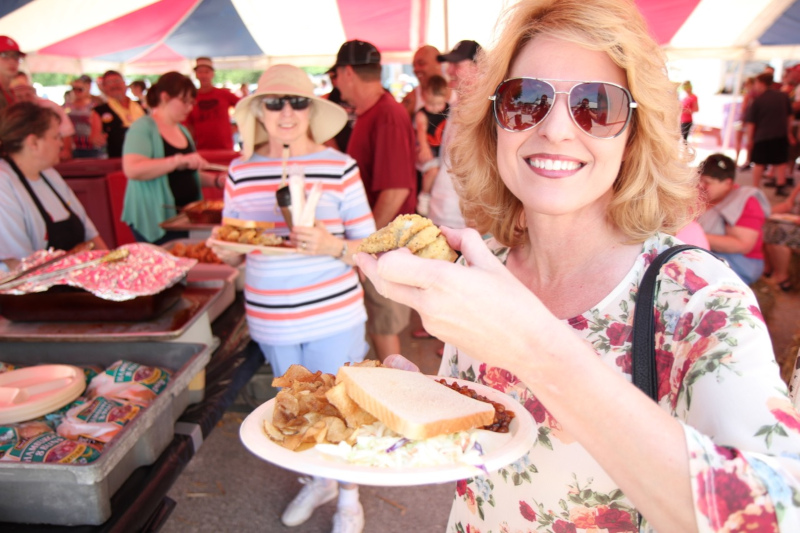 Another coup: “CoxHealth, which is headquartered in Springfield, announced that they will be building two super clinics here in the county, one of which will be in Nixa,” Sitzes relates. “The Nixa location will be a complete ground-up facility and a $10 million investment. This is a new business model for that healthcare operation and we’re very excited about the amenities that it will bring in. So, we’re very grateful for their investment and that it will be taking place on the land where we’re trying to improve the right-in/right-out access that I mentioned earlier. There are a lot of things that we’re doing through various organizations as we try to build out additional sites for the industries that we’re looking to bring to this area.”

“That project also plays back to the public/private partnerships that we spoke of earlier,” says Colvin. “The developer, who owns that property, has worked very closely with CoxHealth, and Nixa Utilities is partnering to bring all the robust utilities into that area at a very reduced, if any, cost to them. We’ll also be the coordinator, along with some third-party utilities, to make sure that the communication fiber that comes in there will work well, as well.”

Another project supported by Show Me Christian County is a regional trail study coordinated by the Ozarks Transportation Organization. “We have identified those trail pipelines for connectivity that will eventually connect Nixa to the Springfield Greenway trails, and over to our neighboring municipalities, as well,” says Sitzes. “It’s a big piece of recruiting more destination retail and family-oriented businesses. We are becoming very intentional about how we move forward, and we realize that tourism is a big economic driver. And being able to have walkable communities is a big part of that. In this area, we sit on a 10-million visitor funnel between Branson to our south and Springfield to the north. The more that we can connect all of our communities, the more it helps everyone enjoy our assets.”

Sitzes also believes in marketing Nixa as a place where entrepreneurship and home-based businesses can thrive. “Nixa was one of the first five cities in Missouri to be classified as a Gig City, through our partnership with Suddenlink Communications,” she reports. “We’re realizing that this is a preferred place for people to live in this area, and we want them to be able to conduct their operations from their home. Here, you have the ability to conduct a world-class business from the comfort of your home and enjoy the amenities that make life comfortable.”

Meanwhile, Nixa has some projects of its own on the agenda. “Our local businesses in our downtown area have started a Revitalization Committee and they are currently in the process of working with the Missouri Main Street Connection program,” says Liles. “So, between the city, the Downtown Revitalization Committee, and Missouri Main Street, we’re in the planning stages of what downtown is going to look like. We’re conducting a series of training sessions with city staff, the community, as well as the committee, to formulate how to go about it. This year, we’re also investing in additional parking lots downtown, and we’re in the process of designing those, as well, to make sure that they fit in the scheme of the downtown area.”

“We also have created a façade grant program so that business owners in our downtown area, and older commercial properties in our town, can get matching grant funding to invest in their businesses and to beautify our town and help jumpstart that downtown revitalization effort,” Douglas adds. Sitzes adds that the Nixa Area Chamber of Commerce is formulating an arts council for the city in order to increase the amount of public art offered to its residents and visitors.  “They’re in the initial phases of that planning,” she says. “We’re really looking at increasing our quality of place, here.”

City festivals in Nixa, sponsored by the Chamber, are also on the rebound, according to Colvin. “Sucker Days is in May,” he says. “That’s our largest festival. Last year, it brought over 20,000 people to the downtown area.” Sucker Days started in 1957, and it has been a longstanding tradition with the people of Nixa ever since. Locals would close up their shops and children would skip school for a day to go “grabbin’ for suckers,” the ray-finned members of the catfish family that use suction to feed along the rivers and streams of the Ozarks.

So, it seems as if Nixa, Missouri has it all – a diversified business sector, an award-winning school district, fast and efficient broadband connectivity, and a program to increase its visibility and its many amenities to newcomers. Sitzes says that Nixa is “an innovative, warm, and welcoming community.” Liles sums it up thusly: “People love our community. For a city our size to maintain its home-town feel is a drawing factor for the people who live here. It’s an attractive place for people to live and raise their families.”

WHERE: In Christian County, south of Springfield, MO

Founded in 2014, GridLiance is an independent electric transmission company that partners with municipal utilities, electric cooperatives, renewable energy developers and others to invest in the future of the grid. Leveraging strong operational and regulatory compliance experience and financial strength, GridLiance develops collaborative solutions to meet our partners’ capital investment, ownership, reliability, and resilience goals.