Diamond in the rough

With tales of drunken brawls, bawdy houses, and murder, the City of Pittsburg, Kansas maintains an interesting, if somewhat shady, history. But in the present day, it is a delightful place to visit, do business, and call home. Pittsburg was founded in 1876, with coal mining a main source of enterprise. The men who worked in those mines were mostly immigrants escaping violent conditions in their European homelands, and they helped to boost another local industry at the time – bootlegging.

Pittsburg has a population of more than 20,000 residents and has become a city on the move, forging forward to offer residents some of the finest amenities and services, while maintaining a quaint, hometown feel that families seek when choosing a location to put down roots. According to Quentin Holmes, Director of Community Development and Housing, “There is a lot going on in Pittsburg. We are the largest city in Crawford County and a regional hub for many things; specifically, we are the regional hub for the medical industry here in southeast Kansas.” 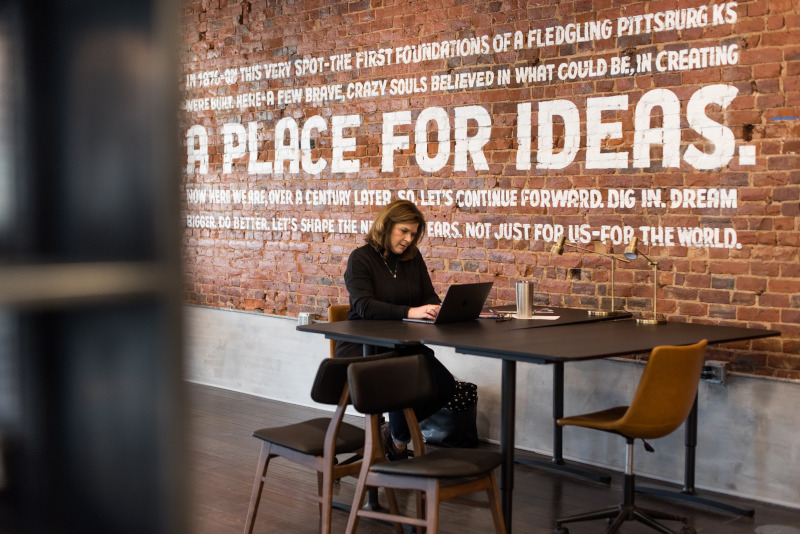 Pittsburg is home to a regional hospital that is complemented by several clinics and medical offices scattered throughout the community, as well as Pittsburg State University which attracts a large population of youth. The vibrant undercurrent of this growing city aligns nicely with a sense of community that draws young families and young professionals alike. Industry is plentiful in the city.

“We are definitely a job engine,” reports Holmes. “We have a large bacon manufacturing company; we have military defense – Eagle Picher Technologies that makes batteries for military applications; we have the world headquarters of Jake’s Fireworks; we have Watco, which is the largest short-line railroad in the world. Pittsburg also just got its first CBD oil manufacturing company (the only one in the state) which will be a $2 million renovation to a building to bring that here.” CBD, or cannabidiol, is a chemical extracted from the cannabis plant, increasingly touted for its efficacy in reducing inflammation and pain, among other health benefits.

The business-friendly mentality of Pittsburg is among the reasons why developers continue to invest there. “We are an easy community to work in and we have been told that several times by developers who come from out of town or out of state,” notes Holmes. “We make them feel comfortable, they really like how they can get the whole team on board and not drag on time.” He points to another huge investment that will benefit the entire community. “The Community Health Center of Southeast Kansas, which is headquartered in Pittsburg, is getting ready to kick off a $6 million expansion that will create a residency program. So, essentially, a child could be born here at our regional hospital, go through our preschool system, go through Kindergarten to Grade 12, go through university here, and then go through this residency program and become a doctor without ever leaving the city. That is not common at all for a community of our size.”

An abundance of water stored in aquifers will see the community thrive well into the future. And because of that commodity, the city hopes to entice food processing facilities to make their home there. “We’ve had several business expansions here, when they could have gone elsewhere, and that was due to city leadership and the different opportunities they have here,” cites Holmes. Small businesses are also attracted to Pittsburg for its many incentive programs such as opportunity zones, a revolving loan fund, 100 percent property tax abatements for up to 10 years, and industrial revenue bonds that exempt business materials from state and local taxes. 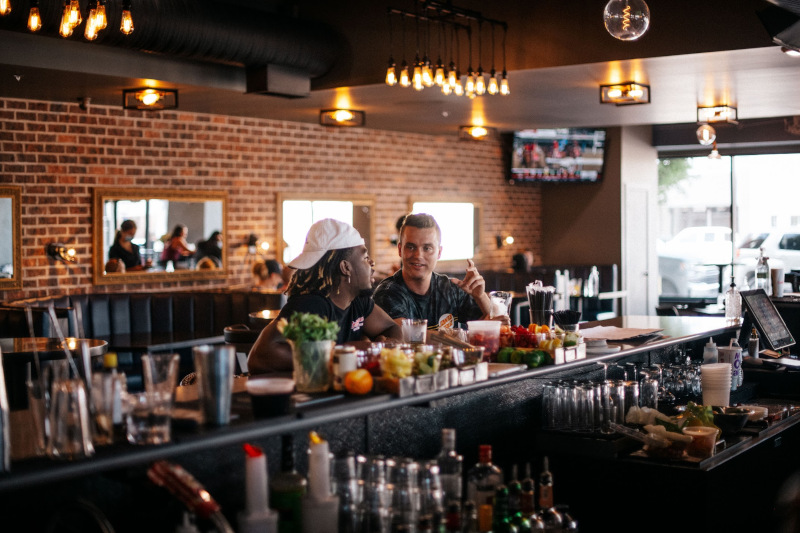 A unique mix of manufacturing, healthcare, education, and retail services also help to insulate Pittsburg from economic downturns. And a shared synergy between the city and entities such as the Chamber of Commerce, Pittsburg State University, and others ensure business needs and issues are properly addressed. As with any growing community, a need for housing is prevalent, as was revealed in a study conducted about five years ago. “We are lacking housing in all areas, from low income, to moderate, to high,” reports Holmes. “Two-thirds of our workforce do not live here, and the number one reason is inadequate housing. So there has been a huge focus on housing over the past five years. We have not had a planned subdivision here since the 1970s – but currently we have seven housing developments either in progress, planned, or completed and that would be over 350 new homes.”

With a boom in population, comes a need for updated and expanded infrastructure to accommodate growth. And that too is something Pittsburg is prepared for. “Our wastewater treatment plant is struggling, it’s overworked, so we have a plan,” notes Holmes. “We have an engineer hired to design a new, $40 million wastewater treatment plant and we hope to break ground within the next couple of years.” Expanding and widening roads and intersections, building new overpasses, and a 50/50 sidewalk grant that enables property owners to split the cost of new sidewalks on their property, while seeing their portions assessed to their taxes over a seven-year period to minimize costs, all contribute to making the community affordable and accessible.

Pittsburg’s downtown core has also seen a revitalization that allowed the city to preserve historical buildings once slated for demolition. According to Brittan Brenner, Community Development Specialist, “About five years ago is when our downtown revitalization really took flight. Like a lot of small towns with downtowns, ours had been abandoned since the 1970s and ‘80s. That’s when everybody moved out to malls and other places and left these old historic buildings empty for a really long time. We actually had a significant public-private partnership that kicked off a lot of investment in our downtown.”

Dubbed Block 22, the project saw a partnership formed between the city, a private developer, and Pittsburg University. Brenner elaborates, “The three of us worked together to renovate four historic buildings in the heart of our downtown. We were able to put the funds we would have spent to demolish them towards the redevelopment and now we have 99 student residential units in the heart of our downtown that are fully occupied and have been for the last three years. On the main floor of all four buildings are commercial spaces, so we have three new restaurants, a retail shop, a coffee shop, and several offices.”

Work is ongoing on walking trails to connect main thoroughfares to the downtown. “We continue to work to make our downtown more walkable, bikeable and just accessible for people in having what they want in our community in a more centralized location,” says Brenner. “We continue to put ourselves on the map as a diamond in the rough. We also are currently working on a housing campaign that would market our current and soon-to-be-built housing stock to those around the nation looking to downsize to a community like ours.”

Brenner, who attended school in Pittsburg and now makes it her home, says many people are doing just that. “I think the thing that sets Pittsburg apart is that it’s a small town that has big city amenities. It has a lot of the things that I was looking for when I graduated.” Whether they choose Pittsburg for its central location, transport, jobs, educational opportunities, or simply because of the welcoming vibe, this small city has clearly established itself as a great home base.