As a non-profit public-private partnership, the EDPNC works closely with public- and private-sector partners at the state, regional, and local levels – operating under contract with the North Carolina Department of Commerce and receiving additional financial support from the private sector. The organization is governed by an 18-member board of business and industry leaders representative of the entire state, and is dedicated to serving all those looking to invest in, visit, or do business with North Carolina.

Based in Raleigh, North Carolina, the EDPNC operates with a team of about 70 employees across several different functions and according to CEO Christopher Chung, they “get to do some pretty fun stuff” on behalf of the state. Business View asked Chung to describe the priorities of the EDPNC and to share his insights on economic development in the growing State of North Carolina.

He reports, “We’re probably best known for heading up efforts to try to recruit new employers to locate operations or expand in the state, but we also help existing companies to grow. We help some of our manufacturing firms based here to expand their international sales through exports and we even do the state’s promotion for tourism – trying to get more leisure visitation and more film and TV production activity. All of those things have a positive economic development effect. So that’s why they’re part of our mission at the EDPNC.”

BVM: How would you describe North Carolina’s economic recovery coming out of the pandemic?

Chung: “If you look at the empirical data on the state’s economy, the recovery from the pandemic has actually been stronger here in North Carolina than the national average. Of course, different sectors and different industries in North Carolina have done better; information technology and professional services (legal, accounting, finance) have all recovered much stronger than other sectors like hospitality and leisure and personal services. But overall, the economic recovery has been quite good, and that’s been bolstered by some big job announcements from companies that are either locating operations here or growing and expanding here. 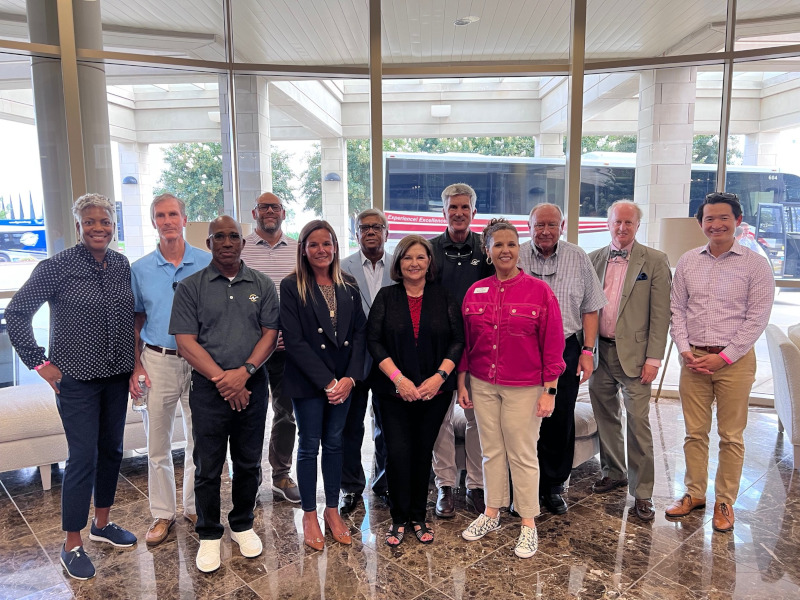 “So I think we’re fortunate to be where we are but there’s still a lot of work to be done. Tourism for example is not up to where it was pre-pandemic, so there’s still room for improvement in that sector. But if you look at the manufacturing sector, it’s been announcement after positive announcement in terms of companies choosing to put production, manufacturing, and other industrial investments here in the state.”

BVM: How is the EDPNC addressing the issue of workforce availability?

Chung: “ We deal with workforce every day at EDPNC, when we talk to existing companies about their pain points, as well as when we’re courting companies to come to North Carolina. One of their first concerns is how can we assure them that North Carolina has the workforce they need. We explain to them that we have some really good feeders into the talent pool that they have to draw from. It starts with a number of world renowned four-year universities, which continue to graduate tens of thousands of students every year into the North Carolina talent pool. Another feeder is the 58, two-year community colleges that we have across the state. They are very good at adapting curriculum quickly to produce the type of skills and educational attainment that our rapidly growing industries are looking for.

“We also have a number of Historically Black Colleges and Universities, like North Carolina A & T – which is the largest HBCU in the country and one of the largest producers of engineering talent. As more companies recognize the value of having a diverse workforce, I think being able to partner with HBCUs for talent needs is something unique that we can be talking about.

“In addition, we have retiring or exiting military personnel. There are about 120,000 active duty military at any given moment at the various bases here. Every year, around 18 thousand of those individuals are leaving military service and we hope that many of them choose to remain in North Carolina. The best way to do that is by making sure they are aware of all the different employment opportunities available in the state. At the same time, we have to make sure that North Carolina companies are aware of this existing military population, so they can look at them for their own talent needs. Military service members tend to have a lot of great skills – soft and hard – that they bring to the workplace.”

BVM: The EDPNC reaches out to attract new businesses, but do they come to you, as well?

Chung: “A lot of them do find us. I have done this in three states over a 25-year career (North Carolina, Ohio, and Missouri) and North Carolina easily gets the most looks without us necessarily having to do anything. Corporate surveys, CEO surveys, tend to show that North Carolina enjoys a pretty lofty perception as a place to do business, a place for high quality of life, it’s business friendly. That perception, which is grounded in reality, gets us on a lot of lists before we even know that those companies are looking. So, frankly, 80 to 90 percent of our activity is a result of being contacted by companies that have launched a search for a new location and want to include North Carolina as one of several options they’d consider. 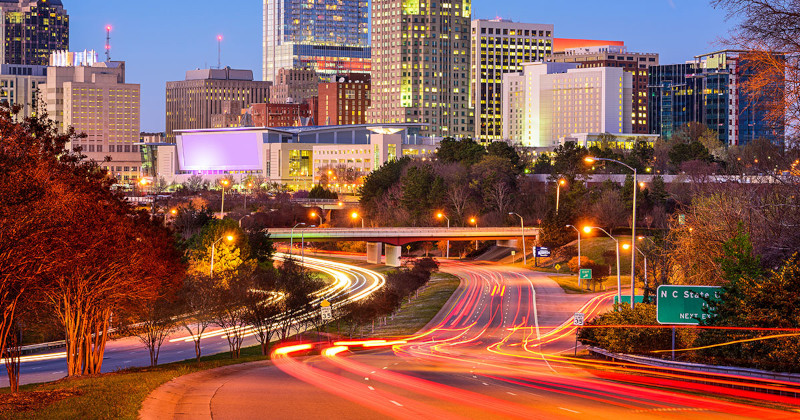 “The other 10 to 20 percent, we try to get ourselves. We’re running a marketing campaign and a business development effort, really trying to find those companies that haven’t yet finalized their growth plans but are getting close. We want to reach them before they get to that point where they’re contacting multiple states; to develop a relationship with those companies beforehand, so we can have a bit of an inside track in convincing them that North Carolina is the best place for them to put their future operation.”

BVM: Do environmental and climate issues come into play for the EDPNC?

Chung: “Yes, in a couple different ways. Energy is where you see some of these climate change considerations factor in for the companies that we’re working with. Often, a manufacturing company will tell us: We’re planning to consume millions of kilowatt hours of electricity each year to produce our product, however, we want to make sure that not only is the power reliable and affordable, we would like to see that as much of it as possible is sourced from renewable or sustainable sources of generation.

“That’s typically where we’ll see it manifest in terms of client demand. They want to have a green-powered facility or they want to put solar adjacent to their plant, so the power they consume in production is sourced through their own solar development. It is becoming more common for us to see that be a criteria for companies that we’re talking to, as we’re scouting locations in North Carolina.

“The other way that clean energy priorities play into our work is with the type of sectors we’re targeting to attract to North Carolina. Off-shore wind power development is a good example that is really taking off here. There is certainly a manufactured component to those wind farms and that type of manufacturing isn’t going to happen half a world away because you don’t want to ship those very large components a great distance to where they’re getting installed. It presents a recruitment opportunity for states like North Carolina to attract some of that manufacturing and supply chain.”

BVM: How do you see the economic landscape evolving for North Carolina?

Chung: “Oftentimes, I think economic development is simply responding to market forces. To the extent that we have educated guesses as to where industries are headed, we might be able to fine tune some of our recruitment strategies but in reality that’s a very hard thing to do. North Carolina has had a lot of success in the last year and a half with attracting electric vehicle assembly and battery manufacturing, as well as companies advancing the aviation sector.

“But you never know when other emerging technologies will gain enough traction to disrupt all the current activity that we’re going after. So it doesn’t behoove us to try to figure out what industries will be in vogue and which ones won’t. Our job is to make sure we’re ready for those opportunities across the general parameters of workforce, infrastructure, education, overall business climate, and tax policy. North Carolina has a lot of positive momentum driving it forward and that will continue well into the future.”

What: A non-profit, public-private partnership serving those looking to invest in, visit, or do business with North Carolina

Where: Based in Raleigh, North Carolina