The City of Mount Dora is one of those golden Florida treasures that sometimes feels more like a New England-style fishing village than an Old Southern lakefront town. Relaxed and laidback, with 19th-century clapboard houses and a towering canopy of oak trees, it earned its nickname “Someplace Special” by being notoriously quaint. As cute little towns go, it’s ripe for exploring.

Officially named after Dora Ann Drawdy, who was an early settler of the town in the mid-1880s, the ‘Mount’ in Mount Dora reflects the fact that the town’s hills rise as high as 184 feet above sea level – one of the highest elevations in the entire State of Florida. The city was also built around the sparkling Lake Dora – part of the Harris Chain of Lakes – which adds to the locale’s considerable charm. In its darling town centre, you’ll find attractions like the historic Lakeside Inn (the oldest continuously-operating hotel in Florida), the Donnelly House (originally constructed in 1893 and on the National Register of Historic Places), and a host of eclectic shopping and dining options that are sure to make any trip to Mount Dora a memorable one.

“The downtown is a designated historic district, so it has an embellished atmosphere and commercial presence that reads very attractive to residents and visitors to the city,” explains Economic Development Manager Tim Wilson. “We have a large tourist population that comes to Mount Dora just because of the unique character that it brings. And so the city has, I think, a responsibility to preserve that heritage, as well as an opportunity to grow and expand in a way that enhances what’s already here.”

With a population of just under 17,000 people, Mount Dora is well-known for its friendly, accommodating vibe, punctuated by an active arts community that stages community favorites like the Mount Dora Arts Festival, Craft Fair, Scottish Highland Games and Festival, and Freedom on the Waterfront – an Independence Day celebration with a parade, live music, and fireworks show on Lake Dora. The city recognizes special events as an important marker of quality of life, which in turn contributes to a sustainable tourism industry that provides economic benefits to local businesses and residents.

“We’ve got a downtown that’s the envy of any community in the country,” offers City Manager Patrick Comiskey. “We have so much forward momentum that developers are constantly knocking on our doors.” 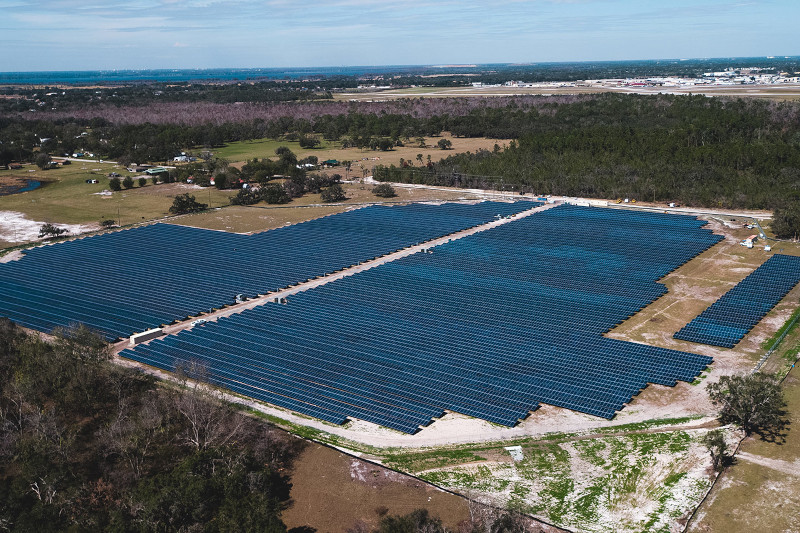 Mount Dora’s Mayor, Crissy Stile, admits that one of the reasons she moved there was because of how it reminded her of where she grew up in New York. “Kind of a small-town, friendly kind of place where everybody seems to know one another,” she says. “Our beautiful historic hub is essentially a business core brimming with old-school mom-and-pop owners. We’ve got no big-box, large-chain type of stores downtown. It’s really just that homey, picturesque, charming kind of town that people joke is like a Hallmark movie – minus the snow.”

But a city can’t exist on charm alone and Mount Dora offers just as much in the way of location as it does local character. Situated on the border of Lake and Orange Counties, an area which is currently piquing a ton of development interest, Mount Dora is in the fortunate and rare position of being able to promote the stability of its traditional downtown district along with newer development areas where the city plans to expand in the future. The municipality is also in the process of preparing a marketing/branding plan for its designated employment areas (US 441 and the Wolf Branch Innovation District) to boost tourism and further set the city up to compete for target industries in the Central Florida market.

“Mount Dora has a major corridor called US441, which cuts through the middle of the city,” Wilson indicates. “A lot of the daily services that people would need – your typical support, retail, and service industries – have been placed right along that corridor. And then on the city’s east side, right at the interchange of where the 453 comes to State Route 46, is an area that has been defined as another major employment zone. This would be a mixed-use development with some multi-family housing, but predominantly catering to employers for high-tech and industry R&D companies.”

Known as Wolf Branch Innovation District, the site is considered part of the Mount Dora Employment Center, a hub of economic and employment growth consisting of approximately 900 acres along the Wekiva Parkway Expansion. Expected to create around 13,000 new jobs, the development is on prime real estate to take advantage of the imminent construction of the Wekiva Parkway – a 25-mile expressway that represents the final link in the Central Florida Beltway encircling Metro Orlando – as well as the improved transportation system along State Road 46.

“Healthcare is definitely one of our target industries, we’re always looking to expand that,” offers Stile. “We’re also really lucky to have Steamroller Studios, a high-end animation and game development company with ties to ‘Fortnight’, which is all the rage right now.”

The city is also testing solutions to some of the potential workforce development challenges they may face given the rapid growth they have planned. One of those fixes involves a collaboration between Lake-Sumter State College (in nearby Leesburg) and Lake Technical College (in Eustis) on a future joint facility that would likely call the Wolf Branch District home. “The value of that would reside in a homegrown workforce, training right in our own backyard,” Wilson shares. “We’re also trying to create partnerships, working in tandem with some of the businesses that need a trained workforce, to devise career development programs that are in tune with the city’s broader economic strengths and objectives.”

Another option they’re exploring involves joining forces with Steamroller Studios. “This isn’t anything that’s been solidified, but we’ve considered partnering with them on workforce development for animation,” explains Economic Development Coordinator Misty Sommer. “We sense an incredible opportunity there for education and workforce training as well.”

Making the most of its existing infrastructure and building inventory, Mount Dora is also pursuing adaptive reuse as a resource-efficient and sustainable way of creating a variety of uses within its smallish footprint. “We always field a lot of interest for some of the older buildings downtown,” declares Stile. “It really is the gem of Mount Dora.” Wilson adds, “We’ve seen several improvement projects where the building owners have brought in new tenants to refresh the spaces. Where they previously may have been single-use, they now offer a variety of either retail, dining, service, or office.”

The Marketplace on the corner of Fourth Avenue and Donnelly Street is one such example of a single-use space turned entrepreneurial incubator. Modeled after successful concepts like the Plant Street Market in Winter Garden and the East End Market in Orlando, the multi-vendor venue features carefully curated artists and food purveyors, filling the 4,500-square-foot building that was formerly home to Eduardo’s bar and restaurant. The now-historic Renaissance Building, erected during the 1920s to serve as the town’s hotel, was also recently remodeled for restaurant, office, and retail use.

The spirit of beautification and revitalization are alive and well in Mount Dora, where wellbeing plays an ongoing role in infrastructural development and economic transformation efforts. “Water, sewer, public facilities – including fire stations – these are all things that the city has on the drawing board and will be online in the next couple of years,” confirms Wilson. “It’s a quality of life thing. We’re also invested in keeping our people healthy and connected through our trail network. We’re working with Lake County, City of Tavares, and other regional partners to extend our trail system to build that missing link between Mount Dora and Tavares. That last 11 1/2-mile segment would join us to the regional, statewide trail network, but it’s all pretty much predicated on grant money. If we could get a grant and have those trails in place, we could connect the downtown to the whole city. Connect all the neighborhoods and parks. We could hold events on the trail and provide more opportunities for visitors. It would be a game changer.”

At the top of the Mayor’s wish list would be to have the city’s Northeast district outfitted with a Resource and Recreation Centre which she laments is “long overdue”. “The majority of that population has lived here for decades and decades,” Stile says. “And for that amount of time, they’ve been requesting improved amenities as far as parks and recreation in that part of town. These are folks that maybe don’t have the transportation capabilities to use our city supply – the library, for example – to work on résumés, get on the Internet and search for jobs, that type of thing. So to have a center that could provide those resources where they’re needed, I feel like that would complete the circle of Mount Dora. To have every part of our city be equal as far as what we have access to.”

What: A charming, historic community; population 17,000

Where: On the border of Lake and Orange Counties