Steeled for a bright new future

Business View Magazine interviews city and county representatives of Lackawanna, New York for our focus on economic and community sustainability.

Lackawanna, New York still carries the moniker “Steel City” from its days as the center of steel manufacturing for most of the 20th century. In 1922, the Lackawanna Steel Company was acquired by the Bethlehem Steel Company; at its peak the plant employed 20,000 people, attracting immigrants from around the world to settle in the area. When business declined, triggering massive job layoffs followed by the closing of the plant in 1983, the local economy was all but destroyed.

In the 21st century, efforts have been made to develop the 1,000-acre ‘”Bethlehem brownfields” to other uses. The site has a diversity of tenants – some occupying buildings remaining from the former steel plant and others in newer buildings. As Erie County Executive, Mark Poloncarz, reports, “The County has been going through an economic renaissance for a number of years, starting with the City of Buffalo which is the County seat. The City of Lackawanna, New York is immediately adjacent to Buffalo on the south side. I grew up in Lackawanna and my father was a steelworker at the Bethlehem Steel site. We’ve been seeing this tremendous rebirth with Erie County and Buffalo, but not every community has benefited from it.”

To further economic growth, the Erie County Industrial Development Agency (ECIDA) recently acquired 150 acres of the Bethlehem Steel property from primary owner, Tecumseh, a division of Arcelor-Mittal Steel. Ninety-three acres are shovel-ready. The County, the Industrial Land Development Corporation, and the City of Lackawanna, New York are working in tandem to promote, market, and develop the site. Maria Whyte, Deputy County Executive, shares, “The Bethlehem Steel site is right on the waterfront with access to one of the few deep-water ports in the Great Lakes, along with the rail line, and it’s just minutes away form the thruway Interstate system. Layer that with the lucrative brownfield tax credits that are available to investors in the property, and you have a beautiful combination of assets.”

According to Drew Shapiro, City of Lackawanna, New York Director of Development, “Now that the County has invested in the Bethlehem Steel site, the City is attempting to lure companies here. We’ve changed some zoning and permissible uses and tried to be an infrastructure partner. The County has taken the lead on environmental remediation and we’re helping where we can. We continue to be vigilant on housing code enforcement and invest in housing for the seniors in our community. We just demolished the old Lincoln School and we’re hoping to put 15 to 20 houses there.” 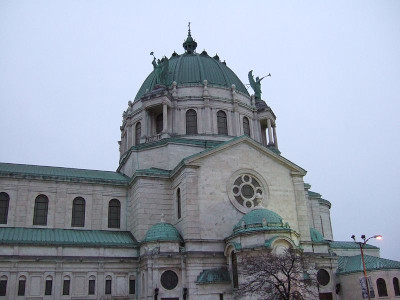 Another game-changing development is happening directly to the north of Lackawanna, at the former Solar City, where a new Tesla operation will employ over 1,000 people. Meanwhile, in the heart of the City, Lackawanna has secured $2.5 million from the State to enhance and upgrade the central business district, which is now getting off the ground with infrastructure, recreation, and culture improvements, as well as a multi-use economic development project. Reinvigorating the downtown will bring an added vibrancy to the core area, which already features the beautiful Botanical Gardens, and Our Lady of Victory Roman Catholic Basilica that brings in thousands of tourists, annually.

For the Steel City to reinvent itself, strategic marketing is a necessity. John Cappellino, Executive Vice President of ECIDA, says, “We have engaged consultants to collaborate with us on master planning. It’s an interesting transition from what was a one-industry site in the steel business, to multiple parcels and tenants for the economic transformation that’s going on in the country. We’re actively working with our partners, including Empire State Redevelopment (the state arm for outreach) and our regional organization, Invest Buffalo-Niagara. And we are getting a lot of interest in big parcel sizes from companies that need utility services and have locational requirements that this unique site can address. It’s not your typical five to ten-acre industrial park. When you have 1,000 acres, you can provide larger site footprints.”

This is no small commitment, redeveloping a former industrial stronghold is very expensive. The County has put eight to ten million dollars already into infrastructure, the state has contributed funds, and the City of Lackawanna, New York has been very cooperative with zoning and other issues. And while there are challenges you don’t have on a greenfield site, there are a lot of advantages, as well. The property offers one-acre, 75-acre, and 100-acre sites available in an industrial setting with port, rail, and highway access, and a skilled labor force. Even community leaders in Buffalo and other parts of Western New York have come to understand the tremendous economic impact the Bethlehem Steel site project will have for the whole region – particularly the huge employment potential.

There is also a significant environmental component to the redevelopment. As Whyte explains, “We’ve gone forward with some plans on the Bethlehem Steel site to construct a net-zero building, which would lease space to start-ups and smaller companies. The idea is to promote a green energy and infrastructure model for development on the site – we feel that is important, given the rust belt’s history.”

Poloncarz adds, “One of the biggest wind farms on the Great Lakes is already operating on the site. And there is a large solar farm, as well. The plan is to take what was one of the dirtiest old industry locations and turn it into a high-tech, clean, green, economic development site.”

So, what should the world know about the ‘real Lackawanna’?

Poloncarz: “As someone who graduated from Lackawanna high school and knows the history, it’s a proud community that went through some very dark times. It took three decades, but now the City can see a bright future ahead.”

Shapiro: “We’re having a bit of a housing boom. When we have houses for sale, they are going quickly and for more than the assessed value, which is a positive trend and shows we are on the right track as far as economic development. In the last 20 years, we’ve had a lot of brain drain in the Lackawanna-Buffalo area. Our brightest minds found jobs after college in other communities that were growing. Those people now want to come back because this area is a great place to raise a family, even though the media doesn’t always portray us that way.”

Cappellino: “I’ve been involved in economic development for thirty years and this is the most exciting time I can remember – especially, the rebirth of the Bethlehem Steel property and what it means going forward. It gives us an opportunity to be on the forefront of green energy and advanced manufacturing. We have a site with world-class assets and we’re in a position to take advantage of that. We’re finally at the crossroads, where the time and opportunity are right.”

Check out this handpicked feature on Cowichan Valley Regional District, British Columbia – Poised for the future. 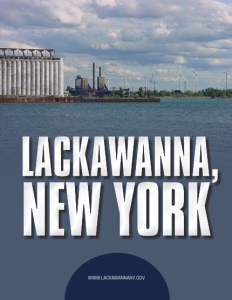