Business View Magazine interviews representatives of Durham, North Carolina, as part of our focus on best practices of American cities.

The Department of Community Development in Durham, North Carolina is responsible for coordinating the City’s community development and neighborhood stabilization and revitalization efforts, including affordable housing and home retention, as well as financial empowerment, and homelessness services programs. In order to fulfill its mission, the Department partners with various housing development organizations and authorities, lenders and financial institutions, county, state, and federal government agencies, and for profit and nonprofit  developers who build affordable housing. Last year, Business View Magazine spoke with Department Director, Reginald Johnson, who told us about some of the City’s current and ongoing affordable housing and home retention projects. We checked in on Johnson, recently, to find out more about several of those initiatives, namely: three components of Durham’s Southside Revitalization Strategy: The Lofts at Southside, The Bungalows, the Whitted School; and Downtown Durham’s Jackson Street Project. 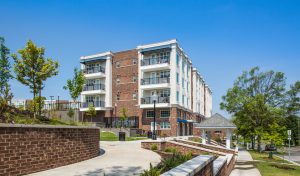 The Southside Revitalization Project area consists of approximately 125 acres located on the southern edge of downtown Durham and just north of North Carolina Central University. After years of economic disinvestment, this area was found to contain the highest concentration of vacant properties in the city and one of the lowest rates of homeownership. When the City of Durham decided to undertake this most ambitious neighborhood revitalization project, it chose McCormack Baron Salazar, Inc. a real estate development firm, to lead the effort.

“McCormack Baron Salazar has been in existence since the early ‘70s,” says Company President, Vince Bennett. “We’re a national developer and we focus on mixed-income communities. We generally do large-scale, neighborhood community transformative efforts, partnering with cities and housing authorities to help with their comprehensive community redevelopment plans. From late fall of 2009 to the summer of 2010, we worked with the city on a community-based revitalization planning process. The goal was to use mixed-income rental to jump start the revitalization of this long-declining area, as well as a way to support the city’s parallel goals of introducing a mix of attainable, affordable homeownership. The result was a plan that had three phases of rental and three or more phases of home ownership development, serving a broad range of incomes that met the public policy goals of the city.”

The Lofts at Southside is the city’s newest rental community. The $21 million Phase One of the project, which has been operating for three years, consists of 132 garden, townhouse, and live/work apartments, eighty of which are marketed as “affordable” to individuals whose income is 60 percent or below the Area Median Income (AMI), with the remaining fifty-two units available at unrestricted market rate rents. Phase Two, begun in June 2016, has 85 apartments, with 58 units set-aside as affordable and 27 units available at market rates. “That was very important for us – a mixed-income development that was built to high quality standards, but allowed for a variety of income levels,” says Bennett. “We’re at full occupancy in the First Phase and for the Second Phase of 85 units, 65 have been preleased and currently 23 units are occupied.”

The homeownership component of the Southside Revitalization Project is called The Bungalows. “Within the large hundred-plus-acre project area, there were a lot of vacant and deteriorated properties,” Bennett explains. “The city used local and federal funding, along with private debt and equity that we brought, to create a mixed-finance transaction that tried to create a market demand in the neighborhood and to begin to attract families from diverse backgrounds.” Phase One of The Bungalows has been completed with the sale and occupancy of 48 architecturally designed, energy-efficient, single-family houses, each situated on one-third-acre lots.

The Whitted School in the Southside Revitalization Project area, built in 1922, is a county-owned building that once served as Durham’s only black high school. Drew Cummings, Chief of Staff in the Durham County Manager’s Office, explains the county’s role in the Whitted School’s rehabilitation and repurposing: “The County Commissioners were happy to be able to play a role in Southside’s revitalization through the preservation of a building that did have great historical significance for Durham. It was the first, and the most prominent, black school from the pre-integration period, and although it had fallen into significant disrepair, and although the renovation was quite expensive, it was a very important building to the community.”

Today, the renovated building, and a new addition that 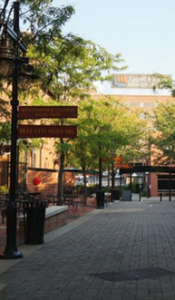 has been built onto it, is home to a mix of 79 units of affordable senior housing and a pre-kindergarten facility containing eight classrooms. “Affordable housing, pre-K, downtown revitalization, and historic preservation were all important considerations for the County Commissioners,” Cummings reports. “The total project cost was about $22.4 million and the county’s cash contribution to that was $8.35 million. In addition to that, we had low income housing tax credits, and both state and federal historic tax credits, which were a key to financing the renovation of the historic building and the construction of the new one. The pre-K classrooms have been open since August and the senior housing units are pretty much full. It’s hoped that the seniors and the kids will interact in ways that are helpful and productive for both.”

All the development activity taking place in the Southside, much of it publicly subsidized, has served to achieve one of the Community Development Department’s major objectives: jump starting a spate of private development. “We wanted to see the neighborhood reach a tipping point where private investment would come in and take over,” Johnson states. “We’re starting to realize that now, because we’re seeing private developers come in and purchase existing properties, rehab existing properties, or purchase some of the vacant lots and construct new units on them. What we did at The Lofts, from a rental perspective, really helped us jump start the revitalization effort for this neighborhood. Without that, we probably wouldn’t have realized the success on the home ownership side. The city still controls a number of lots and we’re discussing how we’re going to move forward with the remaining lots. So, I think, overall, the investment that the city’s made, the investment that McCormack Baron has made, the investment that the county’s made in less than a half-mile radius area, has had a huge impact on the overall economic upturn of this community. We’re seeing positive results of the seed money that the city put in, along with others.”

Finally, the Jackson Street Project is a proposed development that, although, not in the Southside Revitalization Project area, is a key element of the city’s downtown affordable housing and broader economic strategies. “There’s been a dramatic increase of activity in market rate development in our downtown area,” says Department of Community Development Project Manager, Richard Valzonis. “As a result of that, it’s become more and more difficult for individuals at lower income levels to be able to afford to live, and to visit, our downtown. So, in an effort to increase the supply of affordable housing in our downtown area, we issued an RFQ for a city-owned site that’s located downtown, adjacent to our multi-modal transportation center. As a result of that RFQ, we received a response from a local, affordable housing developer, along with a local financial institution that serves individuals who have a need within our community.”

“City Council then moved to provide a subsidy to our development partner to move forward with the construction of 80 units on this downtown site,” Valzonis continues. “They will be made available to families earning 60 percent or below of our Area Median Income. In addition to the affordable housing being developed on the site, there’s also a huge demand downtown for office and parking. So, the developer proposes to include approximately 60,000 square feet of office and retail space, along with 260 parking spaces. That way, it’s going to serve more than just individuals who need housing, downtown.” Once the developer applies for, and receives, tax credits through the North Carolina Housing Finance Agency, the city will be able to move forward with the development of the parcel in the downtown area.

“The City of Durham not only has been creative, but the results that we’re seeing now, in terms of the transformation, are clearly a meshing of public policy goals with the private sector attraction of debt and equity, to achieve the objectives of creating a stable, market-driven community that will be available and prosper over time, while also providing much needed affordable housing,” Bennett declares.

Indeed, Durham’s Department of Community Development projects have been recognized with awards from the National Community Development Association as well as the North Carolina Housing Finance Authority for its continuing efforts in providing affordable housing, neighborhood revitalization, and other supportive services to Durham’s low-to-moderate income population, thus fulfilling its mandate to provide thriving, livable neighborhoods for all of the city’s citizens.

WHO: Durham, North Carolina
WHAT: A city of 250,000
WHERE: North central North Carolina, approximately 25 miles northwest of Raleigh
WEBSITE: www.durhamnc.gov 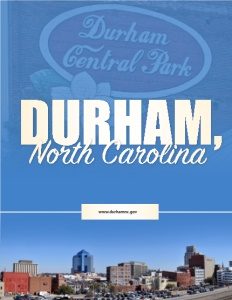