All roads lead to Henderson, Texas. Literally. The small city located in northwest Texas is at a major crossroads, with several state and federal highways passing through it.

“We have 11 highways that come through here,” says Henderson’s Economic Development Manager John Clary. “Our main road through town is actually a seven-lane roadway. There’s not a lot of cities our size that carry that kind of traffic through, so that’s a pretty big deal. We are carrying a lot of traffic through Henderson, even though we are not on the interstate. It helps us with retail and selling gas and sundry products.”

But it’s not just physical roads that draw people into Henderson – county seat of Rusk County. The city of 15,000 pulls people in and makes them want to stick around. They say it just “feels like home.” “It really does,” Clary says. “It’s a very clean city. We hear it all the time and we see it. People keep up their yards. We don’t have a bad neighborhood in Henderson. They take care of their homes and their properties and it just looks nice. It has a good, homey feel. So we promote the city as ‘feels like home,’ but it’s not really a slogan. It’s the truth.”

While Henderson, Texas is centrally located near several major hubs, including Dallas, Houston, and Shreveport, Louisiana, they’ve managed to maintain a small town atmosphere. “We all know each other and we’re very comfortable here,” says Henderson Mayor Buzz Fullen. “We have good churches, good schools. We have a really good program going on here at the city; a lot of good team members. Things run very smooth and we like it that way. It’s a very convenient place to be, to put it that way.”

In addition to perfectly manicured lawns, the city has an abundance of park space that fits the needs of residents of all ages. Each park includes a variety of green space, playground equipment, grilling areas, and gazebos. “We have five parks within the city limit, and we have three major parks that are very well child-oriented,” Fullen explains. “Two of those have splash pads, they have skate parks, they have trails all over – walking trails for older adults or young adults.” 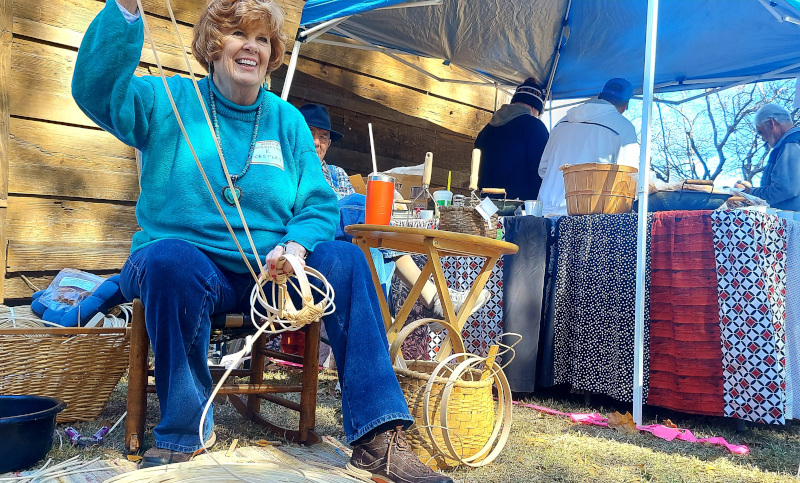 Henderson has been focused on its parks since 2009, investing heavily to make them perfect for the growing needs of its citizens. “The parks are very successful now,” Fullen reports. “The property value the land is on is worth over $11 million, so it’s very good land and we have a lot of it. We’re very proud of our recreation and our parks.”

Many of the city’s trails are interconnected or located nearby Henderson’s historic downtown, which is best described as “a real working downtown.” The bustling city center is filled with shops, restaurants, and offices nestled inside buildings that pre-date the American Civil War. The area has been kept up through a strong main street program that has run in the city since 1988. “We have some nice shops that have antiques and gifts and things like that, and we have some attorneys and accountants and other professional folks,” Clary says. “The county has a library downtown. Our downtown is full and a wonderful downtown that is a huge asset for Henderson.”

The city’s picture-perfect setting makes Henderson the perfect place to raise a family. And their A-rated schools, just add to the appeal. “Texas school ratings are just like you would get graded in class, so if you make an A, you’re doing really well,” Clary says. “Our schools are rated A and you can’t get any better. We’re proud of our education system. They do a really good job of teaching our kids.”

Part of the reason the schools are rated so highly is the dedication that Henderson’s Economic Development Corporation (HEDCO) has put in to help take the city’s high schools to the next level. The department has worked hard to take advantage of the state’s High Demand Job Training program, which offers grants for career training in high schools. The state offers $150,000 grants to the region, and the city has been able to take full advantage of that entire amount each year over the past four years.

Clary notes, “Then we match it from our Henderson economic development funding. So we’ve infused almost a million dollars into our high school’s career technology training programs over the last four years. We are really pushing up the opportunities for our kids to learn career tech training here in things like culinary and architectural and engineering and robotics and welding and those types of things. We also have an incredible health sciences program in our high school right now. This career program is incredibly important to give students more opportunities, and we are really proud of that.”

The city works with nearby Kilgore College for its career tech programs, and they are hoping the college will establish a branch in town eventually. “They are a key player here,” Clary says. “It’s not happening yet, but we’ve had some conversations about that. We work with them as much as we can, and when we have an opportunity, we take advantage of it.”

Henderson’s major employers are the city and county governments, as well as the two state prisons that call the city home. Clary acknowledges, “That’s another whole area that we don’t talk a whole lot about, but they employ over 1000 people between the two of them. They contribute so much to the community in a lot of ways. It’s more than just housing prisoners. They help get them back into society and be able to contribute well to society and hopefully not go back to prison ever. They go over the top with that to try to help these people acclimate back into the real world. It’s not just throw them in jail for a few years and send them home. They work really, really hard to help these people out.”

The city also has a large industrial presence, which includes oil and gas, gravel and timber. “There are lots of wooded areas all around and they cultivate larger trees out of those. It’s very scientific how it all happens,” Clary explains. “There’s a sawmill here, West Fraser, and they’re getting ready to do a $255 million upgrade to their plant. We are working with them on that and we’re excited about it. The timber business is a mainstay.”

The Henderson area is served by a 13-mile railroad spur that is co-owned by HEDCO and the Rusk County Rural Rail District. The spur connects with the Union Pacific mainline, making it ideal for industrial transport. Rail cars are brought in five days a week, making the rail access very important to the industrial community.

The city is looking to add even more industrial options to its portfolio through a new 300-acre East Texas Regional Business Park. The fully-served park will be up and running in the next 18 months and will include enhanced landscaping to add to the city’s scenic atmosphere. That includes expanding an existing pond and cleaning up a green belt area. According to Clary, “It’s a beautiful piece of property, but we intend to make it prettier and make that a really nice asset not only to the people that work in that business park, but also to the whole community. It’s going to be a full-fledged business park and it will be a great asset for Henderson.”

In all aspects of the city, Henderson is focused on creating a beautiful, functional, and vibrant community for many years to come. To ensure that’s always the case, Henderson city council is in the process of creating a comprehensive plan that will allow them to set out their goals for the next 30 years. They will include input from the community as well as local groups and government departments.

“We want to be able to lay the groundwork for years to come, here in our hometown,” says Henderson City Manager, Jay Abercrombie. “We will see where the comprehensive plan takes us. I think it’s a beautiful time, the perfect time for our community to be able to get together with our leaders and with the council and our economic development corporation board and planning and zoning, along with staff to make sure we’re all cohesive and we’re thinking the same thing. This is pretty special. We’re excited to see that vision.”

Where: Northeast Texas, within driving distance of Dallas, Houston and Shreveport