Benton County comprises 679 square miles in Oregon’s Willamette Valley, 90 miles south of Portland and 40 miles north of Eugene, with a population now surpassing 90,000. The county was named after Thomas Hart Benton, a U.S. Senator who advocated American control over the Oregon Country. The county was created out of lands originally inhabited by the Klickitat, who rented it from the Kalapuyas for use as hunting grounds.

Perfectly placed in the Willamette Valley, Benton County has easy access to urban areas with ample opportunities for outdoor recreation and cultural activities. Corvallis is the major community, county seat, and home to Oregon State University (OSU). Agriculture, lumber, wood products, and some printing technology research and development form the economic base of the County, along with Oregon State University. A substantial portion of the nation’s research in forestry, agriculture, engineering, education, and the sciences takes place at OSU.

Since 1972, Benton County has been an Oregon “Home Rule” County, meaning that voters have full control over the county’s governance structure. The Board of Commissioners oversees all functions of county government services and acts as executives (overseeing county operations), as legislators (setting county ordinances), and also fills a quasi-judicial role (in land use matters). With a 2019-21 total budget of approximately $311.2 million, Benton County provides a breadth of services through its 14 departments. 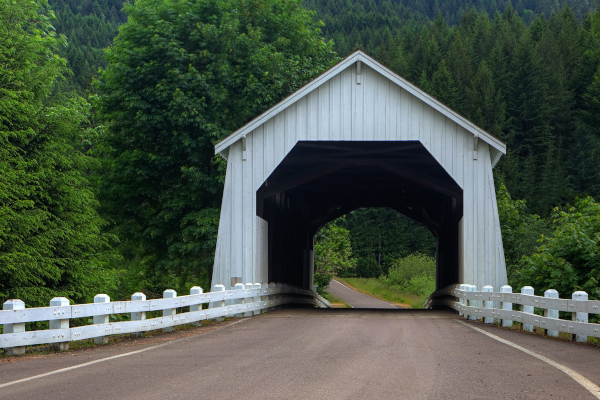 Joe Kerby, Benton County’s County Administrator, is responsible for managing the day-to-day operations of the County and about 500 County employees. Kerby, who was hired in 2017, reports directly to the County’s three commissioners. Here, he talks about the County’s economic activities, and, most importantly, about one of its most serious, current challenges:

“Of the 36 counties in the state of Oregon, Benton County is one of the smallest from a square mile perspective,” Kerby begins. “There are about 60,000 residents within the city limits of Corvallis, the County seat. The other 30,000 reside in the unincorporated areas of the County so we have both urban as well as rural areas. Benton is a combination of both agricultural and industrial industry. OSU has 5,000 employees. We also have a Hewlett-Packard facility in the community that used to employ several thousand people, though they’ve cut back that work force. So we have some industry, some agriculture, and the large university. Our community is very environmentally sensitive and progressive.

“One of the major challenges Benton County has had over the years relates to our criminal justice system. The County has gone to the voters three times in the last 15 to 20 years, asking them to buy into expanding and/or constructing a new jail facility and a new courts facility. Our courthouse was constructed 1888. It’s still in operation today, and is actually the oldest courthouse still in use for its original purpose in the state of Oregon, possibly the West Coast. We use it daily, but I would say it’s functionally obsolete. Though it’s an icon in the community, and probably one of the most strikingly beautiful courthouses you’ll ever see in terms of design, it really creates many challenges for us.”

“Immediately adjacent to the courthouse is an 8,000-square-foot jail facility – not a facility that we are proud of by any means. It resembles a concrete bunker inside and out, and it’s very small. When it was constructed back in 1976, it was intended to be a temporary facility until a new jail could be constructed and yet it’s still here after those many years. We have 40 beds there, but our average daily population far exceeds that, so we have to rent beds in other communities to house many of our inmates.

“We hired CGL, a national firm that works in the criminal justice arena, primarily focusing on facilities that are needed to support criminal justice system – jails, work release centers, courthouses, etc. We also hired a project manager. We didn’t have the internal capacity to lead this ourselves, hence CGL, but just as important, if not more so, we brought in an organization called Greater Oregon Behavioral Health as the project manager. Greater Oregon Behavioral Health specializes in behavioral health and justice integration. They worked very closely with CGL, helping us walk through this criminal justice system assessment.

“We took a view of what’s going on relative to pretrial services, how are we managing a population in the jail, what we’re doing to prevent folks from having to go to jail, and looking at the behavioral health aspects impacting our criminal justice system. We stepped back and went through about a year-and-a-half process. Throughout this process we had community engagement throughout via four to six public meetings where we sought feedback and provided updates. We just concluded Phase One and now we’re beginning to embark on Phase Two. The ultimate outcome of the assessment was a report issued this January that identifies three scenarios recommended by a steering committee we put together, consisting of between 15-20 people representing community organizations, as well as members of the criminal justice system itself, from the district attorney to the sheriff.

“As of January, all three scenarios were vetted by the steering committee. One scenario focused heavily on facilities, corrections, and accountability; another focused more on the programmatic social services end of the spectrum; and the third, what we call our best practices scenario, was a combination of rehabilitation activities, prevention activities, and corrections and accountability. The Board leaned heavily in favor of the balance of both corrections accountability and programmatic/social service components. 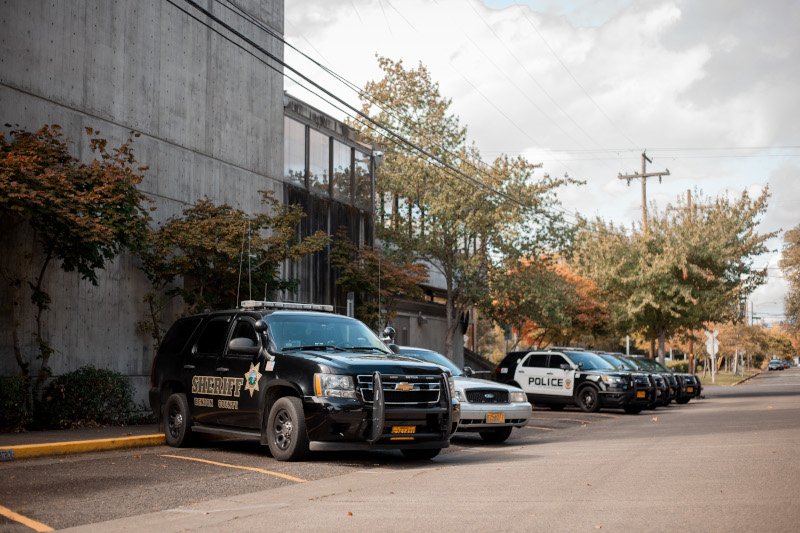 “Phase Two begins focusing on the implementation of those best practices recommendations. It looks at creating a sobering center, creating a respite center for mental health issues related to those who come into contact with our criminal justice or law enforcement folks, and also on trying to have a jail that has additional capacity and room for programming activities. Right now, on any given day, about half of our jail population is housed in a community about three hours away from us, in a facility called NORCOR (Northern Oregon Regional Correctional Facility). We take our inmates there that we can’t hold in our own facility because it has significant programming activities – mental health treatment, substance abuse treatment, parenting classes – a wider spectrum of program activities which our community believes is important as part of the criminal justice system. Unfortunately, our facility here does not have the capability to host any of those programs due to its limited size.

Kerby adds that these proposed expenses will have to go to the voters for approval, which is part of the next phase. At a total investment relative to capital cost of about $85 million for the new jail and a new courthouse, combined with a new law enforcement center to house all criminal justice components in one location, it will be a big yet hugely important ask. “The county doesn’t have $85 million to spend on this,” he laments. “We would not be able to pursue this project without being able to get voter support, so I anticipate that over the course of the next several years, we will be going to the voters. But prior to that, we are looking at some of the low-hanging fruit that is more programmatic in nature, for example the sobering center, the respite center, pretrial services so that we don’t have to house all those inmates, but can use programs such as ankle monitoring instead.”

Kerby notes how serious the issue has become as the County is regularly required to do what they call “forced releases.” When the jail is full they have to stop accepting inmates. Because they don’t have room, the jail staff has to decide who they’re going to release from jail that otherwise would be staying to complete their sentences. “The number of those forced releases has continued to climb every year for at least the last five years, if not longer, so our system is overwhelmed and we are trying to find a systematic way of approaching it. It’s not just about housing people but about helping them become more productive members of society.”

Kapuskasing, Ontario – At home in the...