The Niagara Frontier Transportation Authority – The future of public transportation is what they’re making of it.

The future of public transportation is what they’re making of it.

The Niagara Frontier Transportation Authority (NFTA) was founded in 1967 to address transportation demand in Buffalo and the Greater Western New York region. NFTA operates public transit throughout Buffalo, Niagara Falls, and Erie and Niagara Counties with a fleet of buses, paratransit, and light rail ridership options, and>a staff of 1,600 people. Their operations also extend to both the Buffalo and the Niagara Falls International Airports.

Public transit authorities are no strangers to adversity. Whether it’s securing capital funds, adapting to ride-share options, or dealing with a pandemic, there are always new challenges ahead, but NFTA continues to rise to the occasion and push themselves forward by being adaptable and providing an essential service. 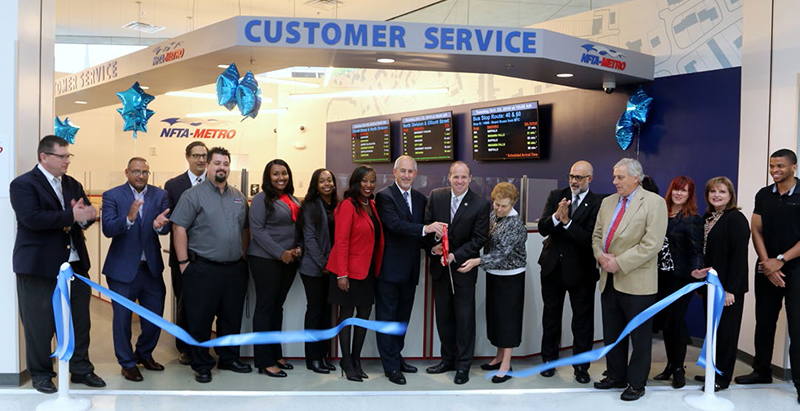 “We have challenges like any transit authority, but we have a really robust and well-trained workforce, and they go above and beyond,” says Director of Public Transit, Tom George. “I can’t commend our workforce enough, they don’t just work for the NFTA, they’re dedicated to their community, and that’s one of the most important things about our corporate culture.” When the pandemic hit and businesses were busy procuring protective barriers to shield their workers from the public, supply chains faced challenges meeting increased demand, but NFTA tackled this obstacle head-on by coming together to design and build 200 barriers of their own in a period of just five weeks. George shares, “The ingenuity that our staff shows is exceptional, and people realize that we’re integrated into this community. It’s our families that use our system, and our friends that use our system, there’s a lot of pride that comes with it. That’s who we are, and that’s what makes us strong.”

The importance of the Niagara Frontier Transportation Authority cannot be understated. Western New York is an area where many people depend on public transportation for a number of reasons. It’s an accessible option for those who don’t own a personal vehicle, as well as a more reliable method of travel during the winter months. When people are stuck in a snowstorm, trains and buses still operate on schedule. “It affords people greater flexibility to be more efficient in their travel,” says George, “whether they’re going to work, or school, or traveling for personal reasons, our transit system gets people where they need to go.” George expresses gratitude that elected officials are very aware of the vital services that NFTA provides as a public transit authority to many communities, noting, “There’s a commitment among legislators and the governor to define levels of funding that comes with supporting transportation for capital investments and enhancing operations.”

NFTA shows no signs of slowing down its growth, with a number of key developments underway to continue enhancing the services they offer. In 2019, they received a five-year, $100 million capital investment from the state. “It’s really helping to bolster our already strong capital program,” says George. “We’re investing in our rail infrastructure and upgrading all of our escalators.” NFTA is one of the only transit authorities in the United States that has almost as many escalators as they do rail cars, and each new escalator costs more than $1 million per unit. George adds, “We’re focused on improving our base infrastructure and maintaining our facilities, whether it’s upgrading our pump stations or fixing something cosmetic, like tiles in our stations, we’re committed to our state of good repair.”

NFTA has also taken a strong initiative in preserving their heritage through redevelopments, including the revitalization of their historic DL&W Terminal in the Cobblestone area of Buffalo, which is next to the KeyBank Center, home of the National Hockey League’s Buffalo Sabres. The DL&W Terminal has served as a maintenance hub for NFTA’s rail operations, and the track shed still stands with 60,000 square feet of space on the second level that is going to be re-energized through commercial developments, while half of the lower level will be redeveloped into a new rail station. “By building the new station in that area, it allows us to open up direct access to the KeyBank Center,” says George. “There’s also a 40,000-square-foot balcony that overlooks the Buffalo River, and the station will extend rail into the heart of the Cobblestone area, direct to the river itself.” The project is well under construction and is anticipated to be completed by early 2022. NFTA has also partnered with the Cobblestone District Business Group and the Albright-Knox Public Art Initiative to produce a series of murals to breathe new life into the historic terminal.

While NFTA continues to embrace their longstanding roots, they recognize that evolution and new direction is also something to strive for, and they welcome the change. “Showing up and trying your best isn’t good enough,” says George, “people have higher expectations of what’s available nowadays. Every year, our transit authority becomes more tech savvy. We operate with more software for our fleets, which can be challenging for a legacy organization with a strong history, but we take pride in our ability to stay current and relevant. We evolve because we want to be more efficient.” NFTA is in the process of upgrading their fare collection infrastructure with modern systems that are compatible with mobile devices. According to George, “We’re rolling out an entire system that is technology driven, riders will be able to board a bus or a train and tap a credit card for their fares. The new system is currently in the pilot testing stages and expected to be integrated by early 2021. We’re really excited about the opportunity to give our riders new options in how they use our system.” 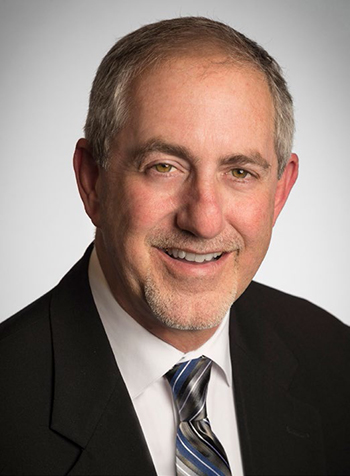 NFTA is also making a conscious effort to become more environmentally friendly with their fleet operations. They currently have three bus garages, each housing about a third of their fleet base, one of which houses a compressed natural gas station. “We transitioned all of our vehicles at that station from diesel to compressed natural gas,” says George. “The last buses were brought in to complete that fleet this year, and we’re extending that fueling station. We’re also working on electrifying one of our other three bus garages, and that’s a huge initiative. One third of our fleet will be compressed natural gas, and now another third will be a battery electric bus facility. In order to do this, we have to bring new power to the bus garage and bring in charging stations. We’re retrofitting the facility with gantries on the ceilings so that buses can park and be charged overnight by way of overhead pantographs.”

George acknowledges that while the cost of procuring battery electric buses is considerably higher than diesel vehicles, they will be more cost effective in the long term, and they also align with their vision of pushing towards greater environmental sustainability. “There are some challenges that come with electric buses when you operate in a colder environment like ours, but there’s a lot of attraction to sway from combustion engines and move towards electric buses, and we’re excited about it.” Upgrading and electrifying the garage is a $15 million project that is expected to be completed by the fall of 2021.

While the demand for public transit continues to evolve, NFTA is staying ahead of the curve with innovation and commitment to perpetual improvement. “With telecommuting and distance learning advancing, it’s changing the way people use transit,” says George. “We want to head into the future with transit-oriented development. Electric buses, reducing our emissions, urban planning, using technology to our advantage, that’s where we want to go. These are the types of things from a business perspective that we are going to pick up and run with.” As public transit moves forward, the NFTA isn’t along for the ride, it’s providing it.

WHAT: A public transportation agency