April 2019Past IssuesSupply Chain and Logistics

Business View Magazine interviews David Hiromura, President of NRS Logistics, as part of our focus on the global transportation sector.

NRS Logistics (NRSA), located in White Plains, New York, is a subsidiary of the NRS Corporation (NRSJ), based in Tokyo, Japan.  NRSA specializes in the transportation of chemicals, especially dangerous goods, pharmaceuticals, and food cargoes, with a full portfolio of services including ocean, air, warehousing, and domestic road and rail transportation and international logistics working with the NRS Group.  Its goal is to provide one-stop supply chain solutions to the global chemical industry.

NRSJ was established in 1946; its original line of business was leasing rail tank cars to Japanese chemical manufacturers.  By the 1980’s, the company expanded into a full-service, chemical logistics company specializing in handling dangerous goods, providing trucking, warehousing, and bulk liquid storage.  In 1982, it entered the tank container business (also referred to as ISO tanks which are built to International Organization for Standardization specifications).  ISO tanks were developed in the EU to carry up to 20 tons of bulk liquid chemicals – an intermediate step between drums and chemical tankers.

“Originally, NRSJ leased ISO tanks to Japanese chemical companies and also provided an NVOCC (Non-Vessel Operating Common Carrier) service specializing in tank containers, so-called ‘one-way business,’” explains David Hiromura, President of NRSA. “At that time, we were a solely domestic Japanese chemical logistics company with no foreign presence. We partnered with an international Japanese freight forwarder who handled our export cargoes understanding that they would find return cargo to get our tanks back to Japan. That did not work out very well because they didn’t find much return cargo, so in the late ‘80s, our management determined that we needed to establish our own global network.”

“I was hired in Tokyo In 1989 to help with that process,” Hiromura continues. “After working for a year in Tokyo, I was transferred to New York City and opened the NRSA office in May, 1990, the first overseas company in the NRS Group. Our international growth proceeded apace in August 1990, with the acquisition of Interflow (TCS) Ltd.  Based in the UK, they are the oldest, dedicated tank container operator.  With the imminent formation of the EU under the Maastricht Treaty, the consensus was that a community-wide transportation network would be essential to do business in the EU, so the purchase of Interflow gave us our network in one fell swoop.

“In the U.S., the NRS Group has an Interflow office in Houston and the NRSA office in New York.  Interflow handles all international tank container shipments. NRSA is a non-asset-based logistics company handling tank container leasing, warehousing, bulk liquid storage, air shipments, and domestic rail and road shipments. For international shipments, we have a freight forwarding license and work to the extent possible with our network of NRS Group companies due to their expertise in handling dangerous goods.”

“Most of the big chemical companies are multi-national,” adds Domenico Masi, Vice President & General Manager. “So, if we find a multi-national based here, we offer our services in the United States and introduce them to the entire NRS Group as an added on service. If it’s a foreign-based multi-national the opposite is true – our office in their home country can develop them as a customer and we can augment their service.” 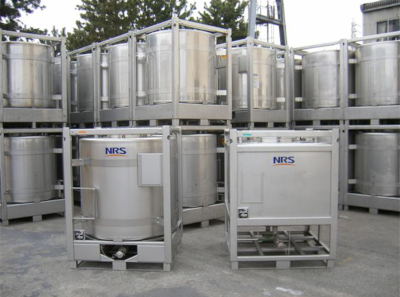 Going forward, Hiromura says that NRSA is planning on becoming more of an asset-based firm. One of the reasons is the shortage of long-haul truck drivers. “We are growing a fleet of domestic-use ISO containers for long-distance hauls,” he explains. “With a dray to the local rail ramp on the load and discharge ends, you can load an ISO tank on the rail and get it to your customer, say from New York to Houston without having to find a long-haul trucker. With the on-going shortage of drivers, this market will grow.”

“In another new development, we are performing a feasibility study to open a dangerous goods warehouse in the New York/New Jersey Port area,” he adds. “After 9/11, in addition to safety, security has become an issue for hazardous materials.  We have had partners who handled our shipments for many years, come to us and say, ‘Sorry, we just had an insurance audit and the stuff we’re storing for you is too hazardous. Either our premiums will go through the roof or we have to stop doing business with you.’ This is happening more and more frequently, so it’s at the point where we see the need to put up our own warehouse so we can continue to provide the services our customers require. If this warehouse project goes as well as we hope, I can see expanding our facilities to other areas of the country. Obviously, the Houston/Gulf area would be prime, as it’s one of the centers of the U.S. petrochemical industry.”

Hiromura believes that with the shrinking number of companies that handle dangerous goods and with its global presence, as well as over 70 years of experience, expertise, and regulatory knowledge, NRS will continue to be the premier provider of supply chain solutions to the chemical industry.

WHAT: An international logistics company specializing in dangerous goods 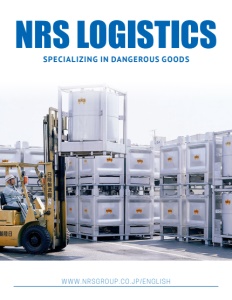