Business View Magazine interviews representatives of the Town of New Glasgow, Nova Scotia for our focus on Economic Development in Canadian Communities.

Business and beauty combined – New Glasgow is a picture-perfect riverside town in northern Nova Scotia, which serves as the commercial-service centre for the region of Pictou County. Founded by Scottish settlers in 1784, the town was named after Glasgow, Scotland and was once a thriving shipbuilding centre. Through the centuries, New Glasgow’s people have forged a legacy of excellence in entrepreneurship, education, social leadership, human rights, athletics, entertainment, music, and government. New Glasgow is the birthplace of three Nova Scotia premiers, several provincial and federal cabinet ministers, and municipal leaders serving at provincial and national levels. Known for its generosity of spirit and visionary leadership, the community is destined to develop wisely and flourish. 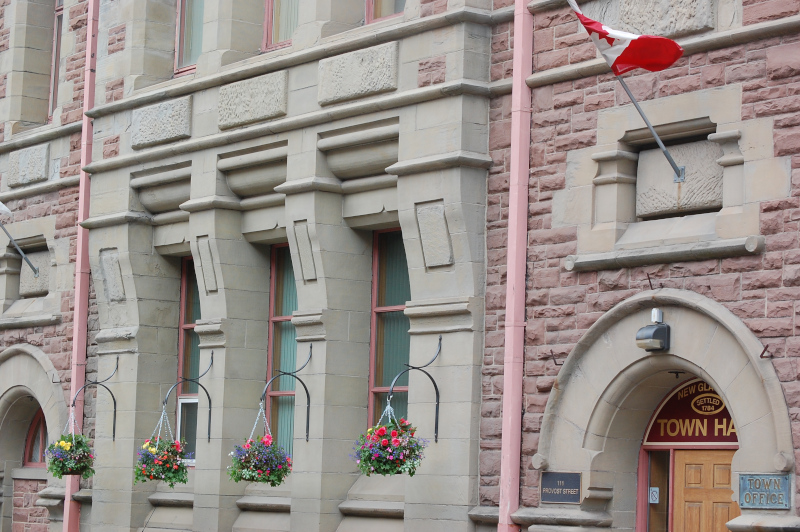 Town Hall: one of the first federal buildings commissioned in Nova Scotia by the first Prime Minister Sir John A MacDonald

BVM: Can you give us an overview of New Glasgow from an economic development aspect?

Mayor Dicks: “I’ve been on Council for seven years, three as Mayor, and one of the important things I’ve realized is that New Glasgow has a long-term plan in place for the future; it’s not just a town that deals with what’s happening at the time. Our infrastructure is well maintained and there has always been a vision for what that will look like over the next two to three years and beyond. We have expert staff that instill confidence in recommendations to Council, so our decisions become relatively easy. We have also just hired our first Climate Change Coordinator through federal funding. And we have an age-friendly designation that’s been in place for a while and we look at all our options through that limb.”

Mackenzie: “Nova Scotia passed accessibility legislation in June 2017, with the goal of being fully accessible by 2030. With that Accessibility Act, there are six standards that have to be developed. One is Built Environment, covering everything from buildings to accessible washrooms, sidewalks, parks, and trails. I am a Rick Hansen Certified Accessibility Professional and I’m fortunate to be on the committee that’s writing the new provincial standard. So I will be focused on incorporating what we discuss at these meetings. That’s an advantage on the accessibility side, where we can be ahead of the curve from some other municipalities.”

MacDonald: “Our current population is about 9,100. There are six smaller municipalities within the Pictou County region and because we’re the largest town, we have all the major commercial banks, all the retail service centers, the hospital, and many medical offices and clinics. So, a lot of residents from the neighboring communities have to come to New Glasgow to access those services. Back in the day, we used to have public transportation through the entire region, but that ended in the ‘90s and there’s been an increasing need for many citizens who don’t have the means to travel for education and employment, or to appointments or retail services. So we’re partnering with the Town of Stellarton to create a pilot initiative for a one-hour, fixed-route between our two communities. And we feel that will add to the amenities we provide for our citizens.”

BVM: What are the major economic drivers for New Glasgow?

MacDonald: “The hospital is the largest employer but we have a lot of medium- to small-sized businesses that are the bulk of our economy – companies that are doing business all over the world like Stright-MacKay Ltd. and J.J. MacKay Canada Limited (MacKay Meters). And Crombie Reit has their head office here. That’s a big deal for us because they’re doing innovative projects across the country but their home base is here in New Glasgow. Ensuring that our community has the amenities required for them to attract the level of talent they need to run a national company is very important.

“New Glasgow has the highest population density outside of the city of Halifax, which is unique in rural Nova Scotia. We have 911 people living per sq. km. as of the last census. So, ensuring walkability is very important. In that regard, we have an active transportation plan, and the sidewalks are a big focus, as well as connections to the trail system. We have over 10 km. of trails and more concrete km. of sidewalks than our neighboring towns have in paved streets.” 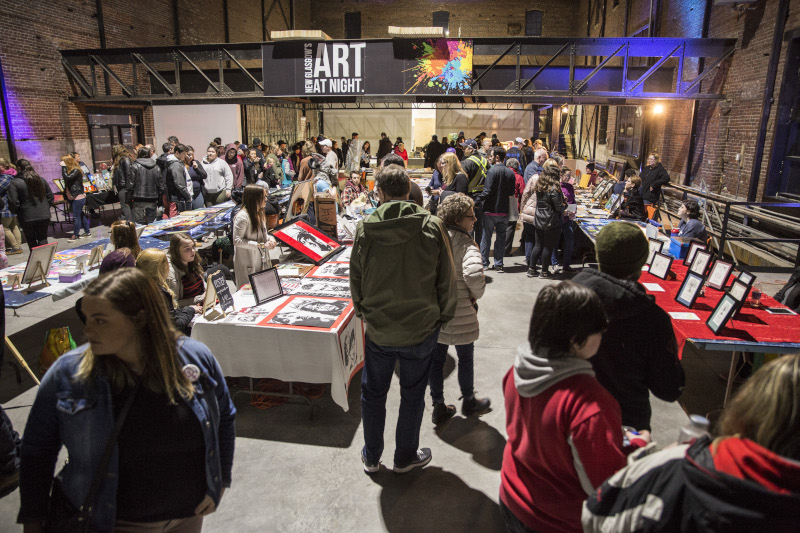 BVM: Is downtown revitalization on the agenda?

MacDonald: “We built a robust, 20-year downtown plan back in 2009. At that time, we embarked on a $4.2 million revitalization project – a lot of the actions in that plan have been achieved and a lot we’re striving for. One of those priority projects was a farmers’ market. That started from scratch with a seasonal dome to support the producers, but we now have a year-round facility that is drawing, on average, around 3,000 people on Saturday mornings. That’s played a big part in the downtown, but also the infrastructure has been updated with wide sidewalks to encourage pedestrian access and new pavement.

“In addition, we’ve created a community destination center with our library that also houses the Nova Scotia College of Art & Design. We have a very robust music and cultural community; we’re known as the Festival and Events Town in this region. Many events held in New Glasgow, specifically, are economic drivers for our region because they’re bringing in a lot of newcomers to Pictou County. For example, the Riverfront Jubilee, in its 25th year, is a signature event for the province.”

Mayor Dicks: “The farmers’ market is located along our river. We have a marina there, as well, and Glasgow Square Theatre, which is the hub of where the festivals and events take place. It’s also a great facility for concerts, private rentals, weddings – the Theatre is municipally owned and a really important asset in our town. Downtown opportunities change over time and ours is no exception. One of the big changes in the last year or so is the number of places to eat. People are taking the chance on downtown New Glasgow and opening up new restaurants and meeting with great success. There’s a whole different feel downtown because of that kind of new business.”

BVM: Five years down the road, what are the main objectives for the town?

Mackenzie: “Of course, accessibility will be a key focus. Along with sustainability – economic, environment, and social. There is a lot of work for our Climate Change Coordinator, and it’s not just about reducing our carbon footprint. It’s bigger than that. So that will be a key driver of programming and projects. It all goes back to asset management. We have a really good handle on level of service and planning properly for our assets. We’re extremely proud of our water quality. That is a measure of the health of a community and our water quality is among the best in Canada. We have made significant investments in our water treatment plant, ongoing improvements to the underground water lines, and our highly-trained staff.”

MacDonald: “New Glasgow has a good understanding that the built environment has a direct correlation and opportunity to influence the health of our citizens. Water quality being very important, but having that active transportation system everyone can access regardless of their socio-economic situation means equal access for healthy lifestyles. Having the right assets in place in that built environment atmosphere helps connect that.”

Mayor Dicks: “Economic growth is key. We do have a business park that’s building-ready and we’re working diligently in bringing new business to that park. On another note, a community that’s diverse and inclusive is vital. We’re always working to make sure all our citizens feel included and valued. We are really pleased to be home to a number of new immigrant families. They bring a sense of openness to New Glasgow that we didn’t see, even five years ago.”

BVM: What are the best attributes of New Glasgow?

Mackenzie: “It’s the overall health of our community that we’re proud of. Reducing isolation through events, through knowing your neighbor. All our departments, including fire and police and community development, play a role in making the whole town better for our citizens and our visitors.”

MacDonald: “This is the first community I’ve lived in where you drink out of the tap. It’s the best water I’ve ever had. Also, New Glasgow has wonderful urban amenities in a small town setting, being three minutes from the golf course, ten minutes from one of the best beaches in Canada, an hour from the airport, and you can take a ferry over to Prince Edward Island. Everything you could want is available if you live here.”

Mayor Dicks: “To me, what makes New Glasgow special is the opportunities for every age group. We have a wide variety of activities for the older population; for the youth, we have a tremendous education system, music, arts, culture, all kinds of sports. We had an outflow of 25 to 40 year olds, but they’re coming back. They’re realizing that we have a bit of an urban feel but you can get to work in five minutes and have tons of opportunities to stay active and social. We really do have it all.”