The stage is set for the City of Rahway, New Jersey to shine. Over the past 10 years, Rahway has undergone a renaissance of sorts that has seen it grow and thrive to create a community that embraces the arts, while bringing people of diverse multicultural backgrounds together as one. For locals like Mayor Raymond Giacobbe, Rahway is and always will be home. “I’ve lived in the city my entire life,” he acknowledges. “When it came time to raise my family and purchase a home, there was no question I was going to stay in the City of Rahway.” 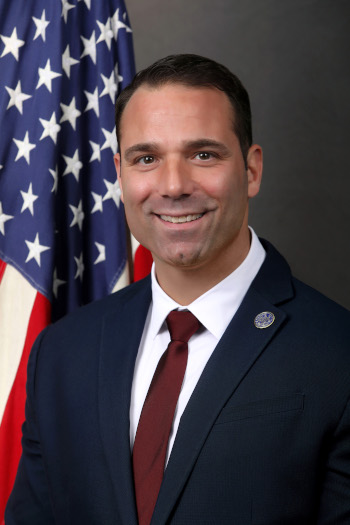 Rahway is a bustling city with a population of about 30,000 but its origins were far less lustrous. The community began as outlying acreage and plantations of settlers of Elizabethtown and Woodbridge in the 1700s before becoming a township in 1804. When a railway was constructed through Rahway in 1835, the township became a link on the new mass transportation route between Philadelphia and New York, quite literally putting Rahway on the map and attracting an ever-growing population. The township became known as The Carriage City of the World, due to its 35 carriage-related factories that shipped products throughout the South and into Europe. In March 1858, Rahway was incorporated as a city and in 1860 an Act of the Legislature brought the entire city, which had been split between Middlesex County and Union County, into Union County.

Today, Rahway is a city filled with diversity; a place where people can hang their hats and still enjoy the arts and culture ordinarily offered in larger metropolitan areas. “What makes our city so special and so great is diversity,” explains Mayor Giacobbe. “Rahway’s demographic makeup is one-third African American, Caucasian and Hispanic. We embrace multiple cultures here and you see it when we have events. This is as a place where suburbia and city life meet. We have a great stock of single-family homes throughout the city but we also have a wonderful downtown that has shops and services and apartment buildings. Besides the City being demographically diverse, we are also economically diverse. We have houses that range up into the $500,000 to $600,000 range, and we have over 1,400 affordable housing units, but you wouldn’t be able to tell because nobody walks around as if they are better than anybody else.”

Rahway’s centralized location in the Northeast corridor of New Jersey puts it at a distinct advantage when it comes to attracting people and enterprise. A train trip from the Rahway station down to the New Jersey Coast Line, to the state capitol of Trenton or into Manhattan takes only 35 to 40 minutes. One of the city’s largest employers, Merck & Co., which began operations in Rahway early in the 20th Century and stayed as its corporate headquarters until the early 1980s, recently announced it will move its world headquarters back into Rahway after an almost 40-year absence. Research and development and manufactural operations continued in Rahway after Merck moved, but the workforce was drastically cut due to the closure of its administrative arm.

According to Giacobbe, “The growth and resurgence of Rahway, especially our downtown and train station, and its location being within a few miles of the New Jersey Turnpike and the Garden State Parkway and less than 10 miles from Newark Liberty International Airport, are all factors why Merck thought it would be wise to return to Rahway for their world headquarters.”

Merck is currently transitioning back to Rahway with full operations expected to resume in 2022. “I’m working with Merck to create initiatives to get their employees to leave the campus and utilize not only our services, shops, and restaurants downtown, but throughout the City of Rahway,” says Giacobbe. Developing partnerships with companies such as Merck & Co. and institutions like RWJ Hospital are essential in the development of a city that is interconnected for the betterment of all. “I’m just asking for involvement,” Giacobbe stresses. “Let the kids have the opportunity to see what happens at a major hospital, or at a company, such as Robert Wood Johnson University Hospital and Merck. Access for our youth is important because you never know what you can spark a young man’s or a young woman’s mind if you give them a chance to see what goes on behind the scenes at a Fortune 500 company.”

ArtScroll, the world’s largest publishers of Judaic books, also moved headquarters to Rahway from Brooklyn, largely due to Rahway’s proximity to train lines and major highways. “They were the first company to take advantage of our Greener New Jersey initiative tax incentives to move businesses from out of state into New Jersey,” reports Giacobbe. “ArtScroll successfully moved its business here, bringing 300 jobs with it – 100 for which they sought to hire Rahway residents. It’s a great partnership.” 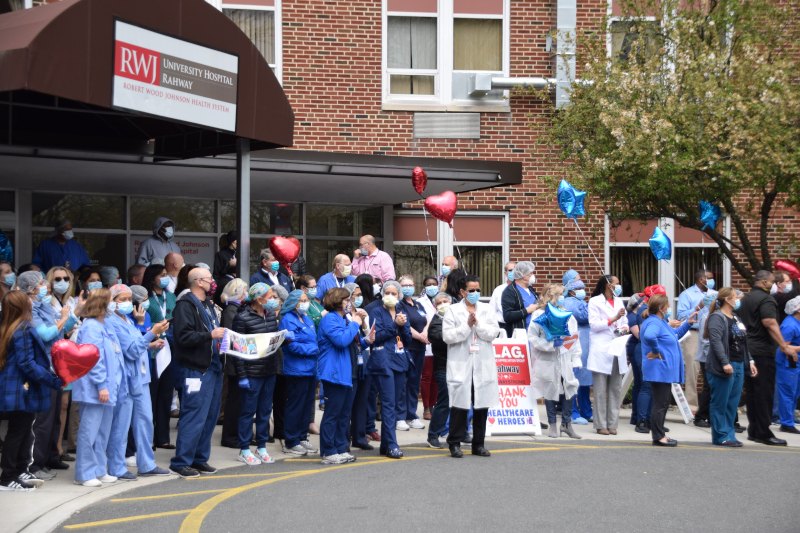 Reaching out to welcome industry to the city is important to Giacobbe. “I have the approach that when a business wants to move into the city or when an investor wants to invest in the City of Rahway, it becomes a partnership between that business and the City. We want to make sure that, through the red tape, we’re not moving the goal line at the last minute and that they come in here and they understand from A to Z what they have to do to get opened. When a city makes that process smooth and seamless, it makes their transition a lot smoother and it really incentivizes people to want to move and invest into the city.”

Giacobbe is proud of the efforts that saw an abandoned factory on the outskirts of the downtown transformed. “The Brownstones is a unique project,” he enthuses. “The site was contaminated and for decades sat as an abandoned industrial building right on West Grand Avenue and Elizabeth Avenue, which is a main road that come into the city from Route 1&9. To be able to get a developer to remediate the contamination and put a brand new, beautiful structure on there was a huge victory for our City and our development efforts.”

One of the City’s polished gems, the Union County Performing Arts Center, is a 1,300-seat facility where artists of many genres delight audiences. Originally constructed in 1928, it too was brought back from the rubble to become a cultural beacon. The building at one point was a triple X theatre, which was completely transformed into a stunning performing arts venue that draws people who may not have previously ventured into downtown Rahway. Union County College has a satellite site in Rahway that enables youth to follow their passion in performing arts. And the city is also home to a 200-seat boutique arts centre, Hamilton Stage. “Here in Rahway, we use the arts as not only something for people to be able to participate in, but also something that drives our economy, especially here in the downtown,” says Giacobbe. “I like to say when we have 1,300 people in those seats, those are 1,300 people coming out and using our shops and services, our bars and restaurants and so forth.”

New developments and upgrades in the central business districts over the past 15 years have given the city a renewed outlook. It has gone from a not-so-utilized downtown to a vibrant city center with tremendous life throughout. Of course, infrastructure projects are always on the books, such as a recent multi-million dollar upgrade of the City’s water filtering system. And greening initiatives, including the recent purchase of two electric vehicles for parking enforcement, along with four charging stations with plans for more to come, help the City do its part in sustainability.

Over the coming years, development initiatives will continue in the downtown, along with the expansion of commercial property warehousing in commercial areas. “If we see a void and it’s something that makes sense and something that we can address, we address it,” states Giacobbe. “We don’t sit on our hands because at the end of the day, quality of life here in the City of Rahway is my main focus. It is my job as Mayor to make sure that we are providing it and that goes from education all the way to property taxes.”

Over the coming years development initiatives will continue in the downtown, along with the expansion of commercial property warehousing in commercial areas. “If we see a void and it’s something that makes sense and something that we can address, we address it,” states Giacobbe. “We don’t sit on our hands because at the end of the day quality of life here in the City of Rahway is my main focus. It is my job as Mayor to make sure that we are providing it and that goes from education all the way to property taxes.”

What: A business-friendly, diverse city; population 30,000

Wizdom Media is an award-winning, full-service Graphic Design and Multimedia Tech/Art company. We continually pursue our goal of bringing unique, sustainable, integrated design and technology to a broad range of local and international clients–Corporate, Municipal, B2B and Individual–from start-up brand creation, to web, film and broadcast.