Set in the midst of rich farmland and boasting 14 miles of beautiful sandy beaches, Atlantic County, New Jersey is a coastal dream destination to live and recreate. From a business perspective, whether you’re starting, relocating, or expanding your company, Atlantic County offers a plethora of opportunities, including convenient proximity to Philadelphia, New York City, and Washington, D.C. with easy access by car, bus, rail or air.

Atlantic County’s approach to economic development is a bit different than any of the other 20 counties in New Jersey. They’ve placed that strategy in the capable hands of the Atlantic County Economic Alliance (ACEA) – a private non-profit development corporation, responsible for economic development in the county. A significant focus of the ACEA is on aviation infrastructure, working closely with William J. Hughes Technical Center, Atlantic City International Airport, and the New Jersey State legislature to create an aviation innovation zone.

Lauren Moore Jr., President of the Atlantic County Economic Alliance, explains, “Atlantic County is a coastal county – we have five towns along the coast that make up the Jersey Shore. We always say “live at the shore and work on the future” as a part of our motto because the Jersey Shore is absolutely famous for its beaches and its quality of life. We’re within a three-hour ride of 60 percent of the population in the U.S. So, we are surrounded by a lot of people and wealth here in the northeast, and being in southern New Jersey, our cost for real estate, labor, and housing is generally considerably lower than a lot of other competitive business markets in this region.” 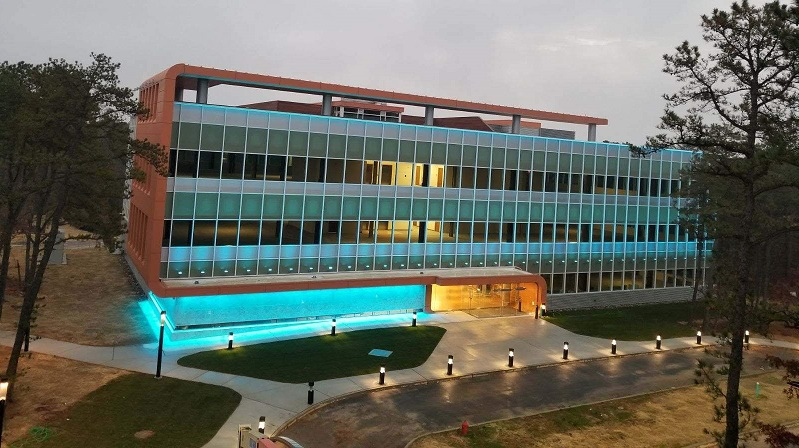 When working to attract companies to Atlantic County, and retain and grow the existing ones, the ACEA always emphasizes the exceptional quality of life, as well as the enviable cost of living. A strong selling point is access to the Garden City Parkway and the Atlantic City Expressway, allowing a short 45-minute ride to the Philadelphia MSA and an hour-and-20-minute ride to the New York metropolitan area.

Moore reports, “When I travel through Atlantic City, Ventnor, Margate, and Longport, I see a lot of New York and Pennsylvania license plates year-round now. People are staying here in their second homes, moving out of the New York and Philadelphia metropolis areas, because they’ve learned to be flexible using Zoom and electronic devices to work where you are. A lot of that wealth has migrated into their second homes on the Jersey Shore, where they’re able to enjoy the lifestyle here and still accomplish all their business objectives. People are seeing the value here in Atlantic County, we are an excellent choice.”

When it comes to the corporate draw, Atlantic County has available land, available workforce, and also the Atlantic County Economic Alliance concierge service to help advance your business plan. “We work hard at the ACEA to put it out there that we’re available as a concierge service to help companies understand the value, the services, the programs, and the resources that we have to offer to help grow their business here,” says Moore.

Atlantic County has some unique aviation assets that do not exist in the U.S. or anywhere else in the world. Taking that into account, their economic development strategy is focused on building out an aviation cluster in the County. Moore attests, “I’m a firm believer in a regional economy, which is why we work very closely with Cape May County and other counties here in the southern region to build out this aviation cluster. We see aviation as a great growth opportunity – but we’re not aviation all the time. We also work with our small businesses, our workforce development providers, our academic institutions, and we work on redevelopment projects in urban areas like Atlantic City. Where the sexiness comes in is with the aviation sector, which is going through another generational change. The jet engine took aviation to the next level back in the 1950s and now we’re ready to go to the next gen.”

The next gen is Advanced Air Mobility (AAM), an emerging new aviation technology that will revolutionize short distance air transportation by using electrically powered, vertical-take-off-and-landing aircraft (eVTOL), offers the Atlantic County region a significant opportunity to build and strengthen New Jersey’s research and development capabilities according to a study by Deloitte Consulting, LLP. According to Deloitte, the growing AAM sector is projected to create more than 25,000 jobs and $152 million in annual state tax revenue for New Jersey over the next 15 years. 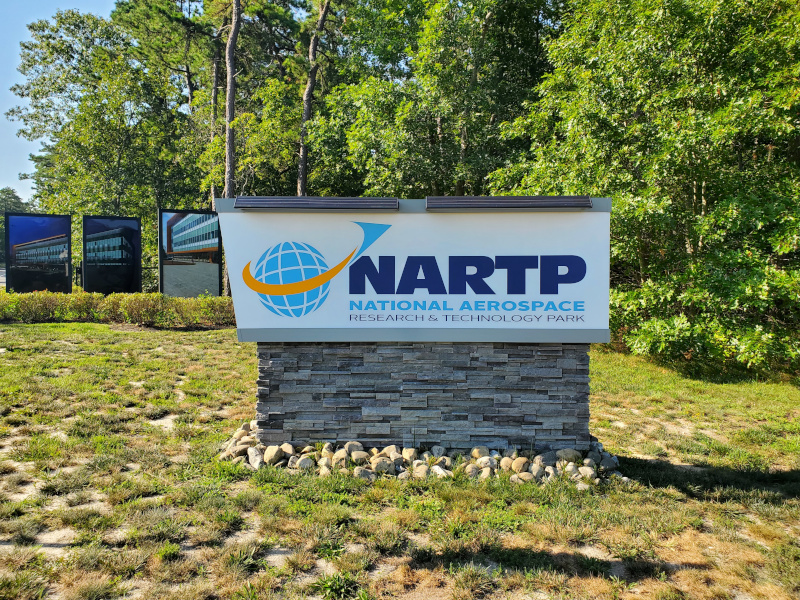 Moore believes that this is a fabulous opportunity to build South Jersey into an aviation research & development leader. Vertical takeoff and landing with electrified propulsion… air taxis to move people. “It’s coming in our lifetime,” Moore says.

“We’re having conversations with 10 of the top companies in this sector to try to attract them to Atlantic County for their R & D and to become part of what we’re doing. We’ve actually worked with the Airport Authority to designate Atlantic City International Airport as an aviation testbed for testing aviation technology such as autonomous flights where there is no pilot at all.” And the vision and opportunities extend far beyond that… for Atlantic County, New Jersey, the sky is truly the limit.

If you fly in U.S. airspace you have to get reviewed, approved, and certified by the William J. Hughes Technical Center and they have a campus in Atlantic County. Another unique asset in the County is the Atlantic City International Airport, which is owned and operated by the South Jersey Transportation Authority (SJTA). According to Moore, the airport is only utilized to 28 percent of its capacity and continues to struggle with commercial passenger service. To take advantage of these assets, the ACEA have partnered with the FAA and other partners to assist in building out an aviation cluster in Atlantic County. Moore notes, “That’s why we’re working with the SJTA to develop commercial passenger service and other sectors in the aviation cluster – including the Maintenance, Repair, and Overhaul industry, and the cargo industry.”

In fact, Atlantic County has just unlocked 400 acres to create a new east coast cargo hub at Atlantic City International Airport. The logistics industry is busting at the seams, thanks to the boom in online shopping, and the County now has land available to create 1.5 million sq. ft of cargo space. Talks are in progress with a developer to get that cargo hub project moving along.

With innovation and forward-thinking leading the way, the ACEA have also partnered with Embry Riddell Aeronautical University and Atlantic Cape Community College to develop an aviation and offshore wind training academy of the future. As part of that project, the ACEA are working with the joint base of McGuire, Lakehurst, and Fort Dix, along with the Air Force. To address the severe shortage of aircraft technicians, as well as pilots, the partners are planning to develop an academy in Atlantic County to train technicians to work with aircraft and also in the offshore wind industry that economic development entities are trying to attract to New Jersey.

But it doesn’t stop there. As Moore is keen to point out, “Another unique asset we have is the National Aerospace Research & Technology Park (NARTP). Their mission is to develop 58 acres into seven buildings – 400,000 sq. ft total – of an aviation research & development park. That 58 acres was given to NARTP by the FAA Tech Center. So, we have what we call the Atlantic County Aviation Innovation hub that consists of the FAA Tech Center, the airport, the NARTP, and then a mile boundary off of that.”

Atlantic County and the ACEA have been successful in getting a $5 million grant from the State of New Jersey and a $3 million grant from USEDA to help fund a second building in the aviation technology park. There are 13 tenants and 300 tech jobs already at home in the first of seven buildings. Work is now underway on the second building, which will be 40,000 sq. ft at an estimated cost of $17 million. Moore explains, “We’re currently working with the Atlantic County government on a bond guaranty so we can sell the bonds on the open market and service the debt on the county-bonded portion with rents from the building. We’ve put together an aggressive marketing campaign for our research park and had interest from a lot of industry leaders about coming into tenancy in that second building. We’re in a build-to-suit capacity for the second building and we hope to break ground in the first quarter of 2023.”

Where: Southeast coast of New Jersey