Town of Pomfret, New York – Full of heart and history

Full of heart and history

Business View Magazine interviews representatives of the Town of Pomfret, New York for our focus on Economic Development in U.S. Towns & Cities

The rural Town of Pomfret, New York may be small, but it is full of possibilities. The town’s population of 15,000 is steadily growing and more businesses are springing up along its main corridor. But in the midst of that growth, the community remains close-knit and caring. Pomfret has a long and vibrant history dating back to the 1800s. Its many waterways made Pomfret the perfect place to set up a business and it was a bustling hub for many generations. But over time, for a variety of reasons, companies closed their doors and manufacturing fled to other areas. The good new is that businesses have recently started showing more interest and people are flocking back to enjoy the small town atmosphere that is full of heart.

These days, people are leaving the larger cities for areas with a slower, more relaxed pace of life that offer outdoor adventure and a little more freedom to roam. Pomfret offers all that, plus a wide variety of dining experiences and unique historical and cultural opportunities. The town also surrounds the Village of Fredonia on three sides, which offers many boutique shops and heritage venues like the 1891 Fredonia Opera House and Center for the Performing Arts. Another wonderful attraction, now in the works, embraces a blast from the past – a former drive-in movie theatre in the portion of Pomfret that borders Lake Erie. It had closed in the early 1990s and the site is being renovated with plans to reopen the Van Buren Drive-In and expand the venue to include a stage for live shows, as well as a campground. 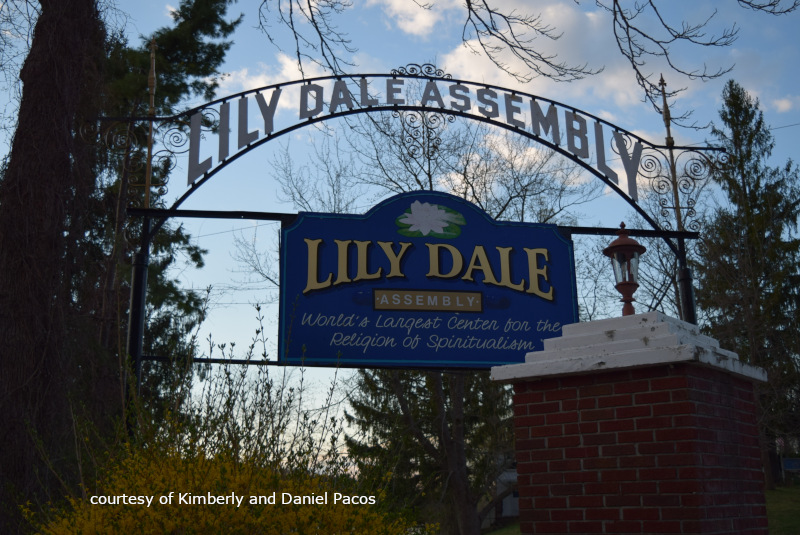 Town Supervisor Daniel Pacos has lived in Pomfret his entire life. He shares, “Pomfret is very historic. It was one of the first towns actually settled in our county. Originally, our county was actually part of the Batavia area, it was absolutely huge when it was being settled and ours was one of the first areas to be sectioned off into a town. I love the Town of Pomfret, it’s rural but it’s neat and just packed with history.”

The Town of Pomfret is located in northern Chautauqua County in the westernmost part of New York State. Its northeastern border touches Lake Erie and the county’s two lakes, Bear Lake and Cassadaga Lake, make water sports and recreation abundant in the area. With its proximity to Buffalo (about 50 miles) and Erie County, many people commute there to work. But that same convenient drive of an hour or less also makes Pomfret the perfect rural destination for city slickers looking to escape. Among its  many unique villages and hamlets, the town is home to Lily Dale, a spiritual community that has attracted mediums for more than 133 years.

From a technology perspective, the town offers broadband capabilities to most of its residents. While right now the more rural areas lack that strong, reliable connection, a private company is in the process of layer fiber optic cable throughout the town and Pacos believes that should be up and running in the next year. The addition of 5G technology will make it a perfect place for people who are working remotely, including the town’s Deputy Supervisor, Ann Eckman, who grew up in a neighboring community and spent a lot of time in Pomfret in her youth. She boasts, “It’s one of the nicest places there is to live; a place where you want to come to enjoy all four seasons. I call it quaint and picturesque.”

Eckman believes the ability to work completely remotely is going to give residents and businesses a lot of opportunities. She notes, “It’s kind of neat to see. My next door neighbor typically worked in the City of Buffalo before COVID and now he still works 100 percent remote. They told him if he doesn’t need to come in, he doesn’t have to, and we’ve seen a lot of that. That’s a trend not only here in Pomfret, but nationally, and maybe even worldwide; where those limits of having remote workers were tested hard during COVID-19, and I think people learned how to flourish with it. I think it could bring some really good employment opportunities to local people who might not want to drive to Buffalo or further.”

Pacos believes those people working virtually will also add to the local economy in many ways. He acknowledges, “They are not spending as much to commute, to travel, or on gasoline and it puts more spendable earnings in their pocket that they can spend locally.” 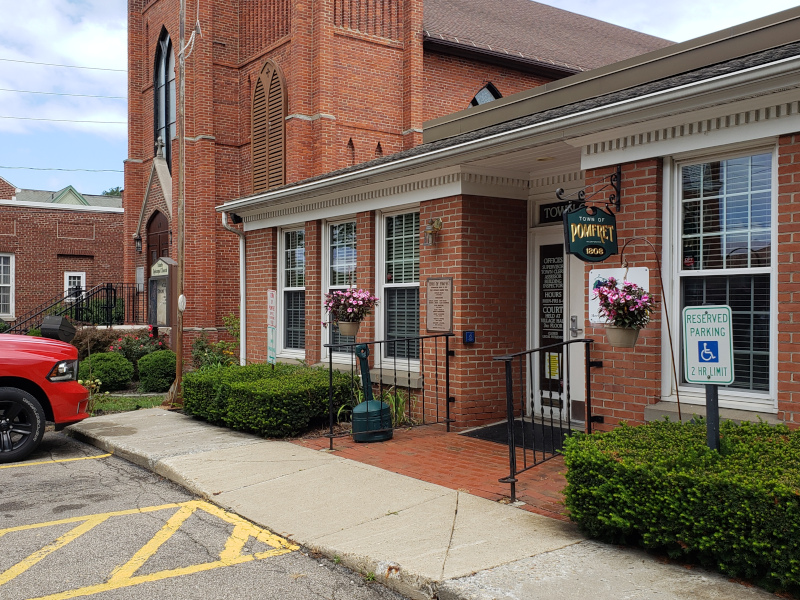 The largest employers in the area are the Village of Fredonia and the school system, but there are also several manufacturers in the area, including a grape processing plant started by two residents after losing their positions at a former peanut butter manufacturer. Agriculture provides a lot of opportunities, with the major commodity being grapes. As evidenced by the many wineries surrounding the town and they are hoping to bring in more.

The school system in Pomfret ranks above the national average and there are many post-secondary options from the State University of New York at Fredonia and a local community college. The nationally funded Workforce Investment Board works hand in hand with the local labor union to give people access to training through the Jamestown Community College to help bridge the gap in skilled trades and employment. The Investment Board is also working with Brooks Memorial Hospital to encourage healthcare professionals to come to the area.

According to Pacos, “The high schools also offer a five-year program that gives students their high school diploma and certification in a skilled trade of their choice. When they graduate, they’ve got an Associates degree from Jamestown, as well as certification in whichever career and technology area that they took programming for, and then they are truly job ready.”

From a residential perspective, the town does have a shortage of housing stock and homes sell quickly when they do come on the market. Although two new subdivisions have gone up in the last 10 years, there are no current projects, but the town is working to update their water systems to eventually spur some new home development. “Right now, about 80 percent of the outlying rural areas are on well water systems and we hope to lay water mains throughout the whole town,” says Pacos. “We are expanding our water infrastructure out into the outlying areas to try to get more people, on more properties, fresh drinking water, so they don’t have to use wells.”

As they lay water mains, the town will simultaneously update roads along the way. Jamestown Mcadam Inc. has been doing a great job on the town’s blacktop paving projects. At the moment, Pacos says they buy their water from the Village of Fredonia and previously it was expensive – prohibitive to business owners and residents. But he renegotiated water rates for the town and now they are much more affordable.

In the next three to five years, Pacos hopes to create partnerships within the Village to help both communities prosper. They are both working to create their 10-year comprehensive plans, with community consultation to set and take action steps to further those plans. They are also pushing to have more retail and manufacturers come to the area. Pacos wants to take advantage of the town’s existing industrial district zones that are not in use, and in partnership with the county, offer greenfield spaces that are shovel ready for development to attract those larger manufacturers.

He acknowledges, “The spaces are available and I’d like to get those parcels of land permitted and ready to go. The county is doing an abbreviated study to set a line on four to five sites and I’m pushing our site as something that would be shovel ready… so that when we get some sort of company – manufacturing, warehouses, or whatever – interested that things move quickly and we can attract them.”

Eckman also hopes to encourage more businesses, both large and small to come to the town and flourish. She says, “It may be a corny phrase, but we are open and ready for business and we’ll do everything we can to attract and keep businesses in this area to help our residents and our tax base.”

What: A fascinating, historic town; population 15,000