NeoStrata’s dermatologist-developed, technology-proven pedigree is the engine for consistent growth

New Jersey-based NeoStrata Company Inc. identifies itself as a developer and marketer of a comprehensive range of clinically-proven, dermatologist-developed skin care brands including NeoStrata, Exuviance and CoverBlend. Its advanced therapeutic and cosmetic dermatological products feature an unsurpassed range of technologies to meet the needs of every skin type and are available worldwide through consumer outlets, physicians’ offices and spas.

The company’s co-founders Drs. Eugene J. Van Scott and Ruey J. Yu have been recognized internationally for their discovery that alpha hydroxy acids have profound beneficial effect on human skin. Subsequent research established that alpha hydroxy acids are not only beneficial in the treatment of dermatological conditions, but are also effective in stimulating prematurely aged or damaged skin to actually rejuvenate itself, thereby revolutionizing the treatment of aging skin.

Today, the company has created new technologies reaching well beyond its hydroxy acid roots. Clinical research has contributed to more than 100 patents, and Drs. Van Scott and Yu are past winners of The Dermatology Foundation’s prestigious Discovery Award – which goes to investigators whose research work has had major impacts on the treatment of skin disease.

The doctors met as researchers at Temple University Hospital in Philadelphia, where they worked on treatments for severe skin problems and would test out myriad of products and formulas for patients. Upon discovering a specific mixture that worked, they initially would produce it by hand, before later deciding to provide the formulas to nearby pharmacies, who would then make the products.

However, the inability to guarantee that those pharmacies were consistent in compounding the formulas – which meant some of the potential benefits to patients were being lost – prompted the doctors to re-take control and responsibility for producing the products, and was the catalyst for the founding of NeoStrata as a business in Princeton, N.J. in 1988.

“We’re really a very unique company,” said Mark Steele, NeoStrata’s chief executive officer since 2006. “(Drs. Van Scott and Yu are) such good and benevolent people and they really want to help the world get to a better place. They would love to rid the world of psoriasis and eczema and ichthyosis by the time their journey here is over.”

Several of NeoStrata’s early products were discovered to not only have efficacy in treating the skin conditions for which they were intended, but they also provided an anti-aging side benefit. That ultimately transitioned the company’s overall product line to one whose main focus is developing anti-aging products, though a line of therapeutic products is still available as well.

“The bulk of our company has been focused on evolving along an anti-aging front,” Steele said. “As new discoveries continue to evolve, our founders continue to research ways to address ichthyosis and eczema and psoriasis, an offshoot of some of that are ways to deliver improved anti-aging benefits for consumers.”

NeoStrata’s corporate headquarters remain in Princeton and the workforce is near 100 employees. Its products are sold in 87 countries through one of two major brands – NeoStrata and Exuviance.

The NeoStrata brand is sold in the United States to physicians, plastic surgeons and dermatologists, who then sell to their patients. Outside the U.S., it is sold to physicians in countries where physicians are permitted to sell to patients, otherwise it’s detailed to physicians by a sales force and prescribed for appropriate patients.

The Exuviance brand is sold domestically through spas, salons and specialty retailers, while outside the U.S. it’s almost exclusively a salon-based business.

“We’re very fortunate in that we’re very well-diversified,” Steele said. “We’re so spread around the world that, as a company, we still continued to grow through (the global economic crisis), because as one part of the world had trouble another part of the world was doing fine. We’ve been able to consistently grow every year because of that diversity. And, in the U.S., our largest market, we have been benefitting from years now of double-digit growth.”

Steele said only a handful of technologies 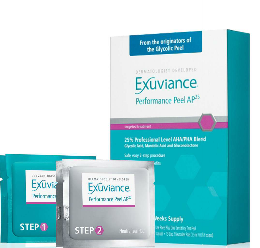 have been proven over time to drive and provide efficacy in skin care. With regard to innovations in efficacy, there has been little established competition for NeoStrata, whose products are vetted in clinical studies at leading research centers. However, on the product side, he said, a separation is made because competitors spend a great deal of money on advertising and marketing – a battlefield on which NeoStrata has neither spent the time nor the resources to engage.

Instead, Steele said, the company chooses to sell its products based upon superior efficacy and consumer engagement, no matter how daunting a task that can be when faced with competitors for whom image and big marketing budgets are everything.

“It’s a difficult fight,” he said. “And we know we’re never going to win on that ad-spending battlefield, so we don’t even try to fight there. We put all our resources into developing a product that is better than any other product in the marketplace. We know if we get someone to try our product, we’ll then have a customer and we’ll have that customer for a very long time. We prove this over and over as we continue to grow year in and year out. We could always grow more, but as a medium-sized company we don’t have the marketing dollars of the big guys so we spend our money on our technology.”

The mindset won’t be changing on his watch going forward.

In fact, Steele said, he expects to double-down on the investment in technology to further position NeoStrata as the industry’s R&D bellwether, regardless of where the competition steers its funds.

“There are so few companies that really have meaningful, innovative new technology in skin care,” he said. “But we have a portfolio of technology that really brings benefit to different areas of dermatology, whether it’s aging or other therapeutic areas. And we really are the consistent pioneers in developing new skin care technologies. We currently have a pipeline of technology that’s truly motivating and meaningful, unlike any other skin care company you find anywhere, whether they’re very big or just medium-sized like we are.”

WHO: NeoStrata Company Inc.
WHAT: Developer and marketer of skin care brands, including NeoStrata, Exuviance and CoverBlend
WHERE: Princeton, N.J.
WEBSITE: www.NeoStrata.com 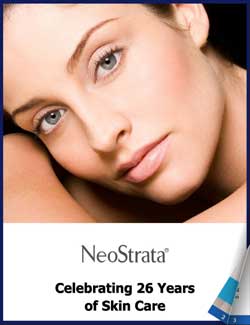