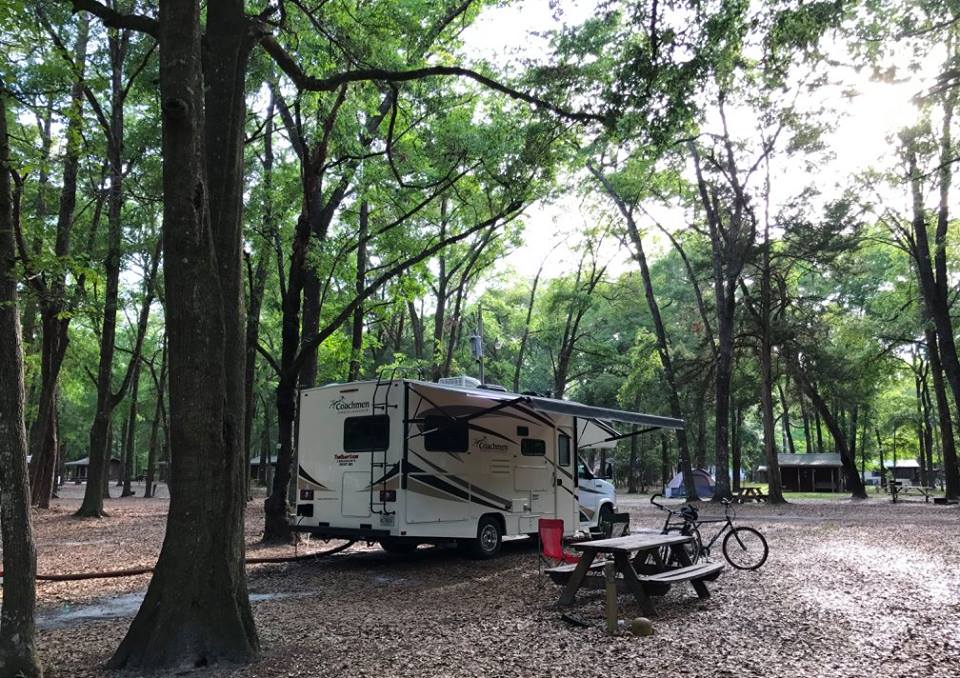 Giant Recreation World is a family-owned and operated RV dealership, based in Winter Garden, Florida that was founded in 1976, by Don McNamara. “My father was running the location for Coachman Industries, under a program they called Dealer Development,” says current President and CEO, Larry McNamara. “At the time, Coachman Industries was trying to increase their dealer body, so they would give individuals the opportunity to work for a salary and then purchase the dealership location. It didn’t take my father long to purchase it, which was part of the deal when they hired him to be their General Manager. My father is still heavily involved; he works part time five or six days a week guiding me to be my best and live up to my potential; he’s a great visionary and mentor.”

Today, in addition to its flagship location, Giant Recreation World has two other outlets, both of which were recently moved from their original sites to land that the company bought during the 2008 Great Recession. “We purchased a couple of highly visible properties, one of which was bank-owned, that we felt would be a great investment for the future of our company,” McNamara explains. “Our end goal was to move our dealerships to better locations to better fight the big-name brand, national dealers. Our previous Ormond Beach location had been there for over 20 years; now it has been moved about a mile down the road to Destination Daytona. The new facility has good I-95 frontage and is a popular location with several anchor retail establishments that cater to outdoor enthusiasts.  It was the perfect fit. The third location is in Palm Bay and it has excellent I-95 frontage as well. Prior to the move it was in Melbourne, and before that it was in Cocoa. That location had also been around for 20-plus years. Both of those buildings have a similar design, minus a couple of service bays. The new locations allow potential customers driving by on I-95 the opportunity to notice us and increase dealership traffic on the lots”.

In fact, even though the new locations have only been open for several months, McNamara says, “I only expected a 25 percent increase in sales; pleasantly, business has almost doubled since relocating two of our locations and expanding our Winter Garden location.” In addition, because of their more visible locations, he doesn’t need to spend as much on advertising to get customers to visit them.

“At the Winter Garden location, we recently purchased our neighboring competitor dealership, which was Leisure Time RV,” says McNamara. “We didn’t buy the business; we bought the property. So, we were able to expand our original location, which was landlocked for years and years. The expansion gave us a whole lot more frontage on the busy Highway 50.  Some of the new offerings at Winter Garden are golf carts, ATVs and towing trucks.  We also offer Rhino Lining for the local car and truck dealers.”

Between the three locations, Giant Recreation World has about 130 full-time employees and 25 part-time. McNamara proudly reports that during the 2008 Great Recession, when many RV dealerships went under, his company didn’t lose a single employee. “I cut higher-level employees’ salaries; we made a lot of hourly employees, part-time, and we struggled through the hard times. We were still doing business because of our great reputation, quality service and loyal customer base,” he says.

McNamara believes that another reason that the company remained solvent during the down years was because of the exclusive benefits that its customers receive when they purchase their RV from Giant Recreation World.  These benefits include a lifetime RV warranty on all new and qualifying used RV’s at no cost to the customer that pays for parts and labor for their vehicles, and membership in both the Priority RV Service Network, and their exclusive VIP Camping Club.

“The Priority RV Network is the largest network of dealers in North America,” says McNamara. “We sign a contract with each other saying that if one of their customers is at our location and they have a problem that’s keeping them from enjoying their RV, they can come to the front of the service line just as if they were one of our own customers. It’s been a great success while competing with the national dealers. Our VIP Camping Club gives people a reason to use their RV.” The VIP Camping Club features monthly hosted campouts and an annual rally with fellow customers and the Giant Recreation World staff. “Because of our Camping Club, we can promote the RV lifestyle,” he adds. “They enjoy spending the time with us.  We have a very tight-knit group of customers and employees.”

Going forward, McNamara says that new locations are a possibility in the future. “Now that I’ve successfully moved our locations, we will look elsewhere,” he avers, “maybe south on our eastern coast; maybe start working on the I-75 corridor; and maybe even the Gainesville/Ocala area.”

Meanwhile, McNamara stresses that the company will continue to work hard at keeping its customer service positive. “Anyone can pick up the phone and call me at any time; plus my email address is on the front page of our website,” he states. “I ask people to contact me if there is any type of problem. I send out a postage paid return survey card to every customer that purchases an RV from us or has service work done at Giant Recreation World. My mailbox is consistently full of reply cards, which I use for continuous training and improving. Since I started doing this, our customer satisfaction rate has gone to the high ‘90s. I am proud that we have over 45,000 happy local customers who call Giant Recreation World their Hometown RV Dealer. We’re very excited about the future, and we see consistent growth in our industry.  Our employees and our customers are very loyal – and that is why we continue to grow and remain on top.”

WHAT: A family-owned and operated RV dealership 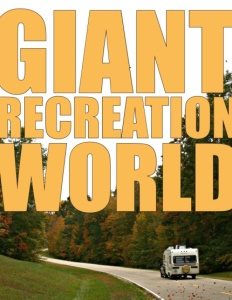