Situated at the edge of the Chihuahuan Desert and on the doorstep of the White Sands National Park, Las Cruces, New Mexico, is a vibrant city with a diverse population and cultural mix.

Blessed with an abundance of outdoor amenities to enjoy, Las Cruces has many nature trails for exploration and hiking and a climate that is second to none for families to take part in outdoor recreational activities all year round. The city’s proximity to the desert makes conditions perfect for outdoor activities throughout the year as well.

Indoor attractions are also on display in Las Cruces. The town is fortunate to boast numerous restaurants and attractions for residents to explore. With a vibrant cultural and arts scene as well as a burgeoning film scene, Las Cruces enables residents to benefit from an envious lifestyle while still taking advantage of the perks of small-town living.

Las Cruces wears its heritage on its sleeve with unique old homes from its Mesilla area, which is home to beautiful Mexican architecture. The city is also investing in newer developments, which are expanding towards the mountains, and affordable homes for single families. It’s also dotted with multiple green spaces within the city limits, such as footpaths allowing residents to easily navigate its suburban areas. 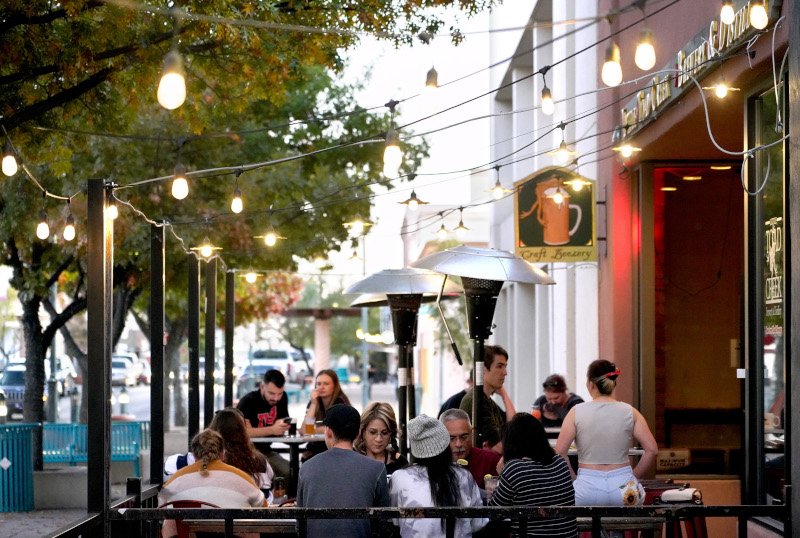 “It’s important to connect all the pathways around the city, making it accessible to all who visit, whether via designated trails, bike lanes, or roads. When we build new residential areas, we strive to get green spaces included in the planning,” says Elizabeth Teeters, Economic Development Director of Las Cruces, New Mexico.

The city is working with the local developers to ensure that families don’t need to drive 10 minutes to get to a park but rather have these facilities within walking distance. It’s this focus on family that the city knows is essential to the residents.

Las Cruces is the second largest city in the state. City management understands that with a growing population, it is fundamentally important to creating more economic opportunities. The Las Cruces Innovation and Industrial Park has been a focus for the city for a few years, and the project is already seeing positive results.

The industrial park has been included in the city’s master plan, and recently created a fast-tracking permit programming. Within the last six months, a cold storage business, Artico Cold Management, has invested in developing a $30 million cold storage development that will cover 120,000 square feet. It is due for completion by September 2023.

While the Las Cruces Innovation and Industrial Park is an ongoing success story, a film studio has recently committed to moving its operations to Las Cruces. 828 Productions has worked closely with Teeters since deciding to relocate to the vibrant city.

The studio has purchased a local and infamous landmark called the Cotton Gin, which has been vacant for several years. Now it will be redeveloped into a working studio, where local creatives would be allowed to learn the skills of the trade.

It’s vital for the city to be competitive in the film industry, as the state of New Mexico is a hub for the sector.

Another large economic project happening within the city is to do with Electronic Caregiver. The company develops smart medical devices that fit in a pocket and provide one-touch telehealth and interactive care plan support. This interactive support software is called Addison and is bound to revolutionize the medical caregiving industry.

Electronic Caregiver was initially renting a space with a facility within the city on South Main Street. But as the company has grown they decided to purchase the building and make Las Cruces their headquarters. They plan to add 770 new employment opportunities.

The City Council has prioritized sustainability as an initiative. One focus has been new electric vehicles and overall electrification. In October 2020, the city adopted a citywide plan that would increase electric vehicle use to 22% by 2030 and 50% by 2050.

The educational institutions assist with educational programs and workforce development.
NMSU has specifically developed the Arrowhead Center, which is involved with innovation and entrepreneurship programs.

“The city relies on our fantastic local organizations to provide the resources for development, with us [the city] pointing people and businesses in the right directions,” says Teeters. 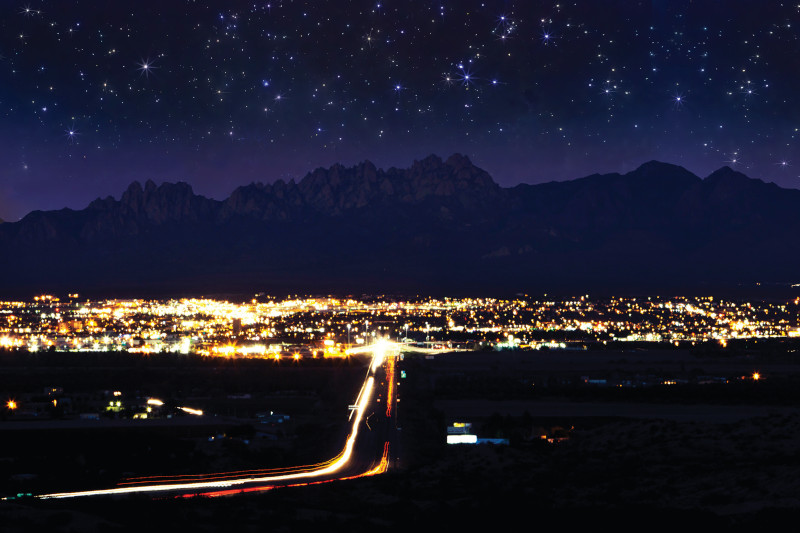 Las Cruces has three main partners who work with the Economic Development team. The first of these service agreements is the Mesilla Valley Economic Development Alliance (MVEDA). MVEDA is the recruitment arm of the city, which assists with bringing in new business opportunities.

The second, Film Las Cruces assists with attracting film opportunities to the city and are responsible for assisting to bring in 828 studios.

And the third arm is the Downtown Las Cruces Partnership, which is involved with businesses and events in the downtown district. All of these partners assist the city with stimulating the local economy.

As a city that is a melting pot of cultures, Las Cruces prides itself on representing all of its local inhabitants. The Murals of Las Cruces is a community-based project encapsulating the essence of the city.

The project includes 50 public artworks and brings together artists and scholars. Walking tours help preserve hyper-local cultures. While other metros are struggling to maintain neighborhood cultures, the Las Cruces residents have incorporated them into vibrant celebrations that draw crowds.

All holidays are recognized and celebrated, making it a truly inclusive city for all walks of life.

“I’ve moved to communities where it was clear I was an outsider, but in Las Cruces, you’re immediately involved and welcomed. It’s why my family stays here,” says Teeters.

It’s this welcoming atmosphere that’s allowed many of the retirement communities to flourish within the city. But the events really bring the community together.

Las Cruces’ downtown plaza, or Plaza de Las Cruces, is famous for hosting these celebrations. According to a press release from the city, there were nearly 60 events planned for the plaza over the last summer.

Voters in Las Cruces recently approved the issuance of $23 million in General Obligation (GO) bonds. This will be used for projects which include the development of 300 affordable/attainable housing units by 2025.

If all goes according to plan, $6 million of that investment could be leveraged up to $36.5 million in federal, state, and private funds to add an additional 175 affordable housing units.

Included in the GO Bond projects is the development of a new fire station. Fire Station 9 will assist in reducing response times for a growing area of the city.

As mentioned before, the city is looking at improving the local parks, and this includes adding new lighting and shaded areas.

And the last project listed is the East Mesa Public Recreation Complex. The complex promises to host numerous sporting events and meet residents’ needs from the surrounding areas.

The city of Las Cruces has captured Teeters heart, and the role she holds is a true passion,

“I love to see businesses thrive. Whether these businesses are growing within the community or moving into it, when people get jobs, their lives change. These employed individuals can take their families out and enjoy all there is to offer in Las Cruces,” concludes Teeters.

What: a vibrant and culturally diverse community surrounded by natural splendor

828 Productions is a full-service film production and finance company based in Las Cruces, New Mexico.  At 828, we’re passionate about film as an art form, but we’re equally passionate about the individuals involved in the business of film.