“Let’s go to the Mall!” It’s the favorite saying of savvy shoppers heading to Deptford Township, New Jersey to enjoy its plethora of stores, entertainment, and activities. To report that the famous Deptford Mall brings a lot of out-of-town traffic would be a huge understatement. In fact, according to emergency management statistics, Deptford Township’s resident population of 32,000 more than doubles to between 70,000 and 80,000 people on a daily basis. On weekends, that goes even higher. And after Thanksgiving, during the peak of the retail shopping season, that number soars to 200,000 people a day.

Long-time Deptford Township Mayor, Paul Medany, explains the influx: “We have six state highways running through town at some point. The Mall is intersected by two major state highways. And the access from Philadelphia on a light traffic day is, literally, 10 minutes. So, shoppers are drawn from that metropolitan area, as well as southern, eastern, and western New Jersey. On a good day, you can make Atlantic City to here in 50 minutes. We’re close to the shore, we’re an hour and a half to the Pocono Mountains, less than two hours to New York City – we’re right in the center of it all.” 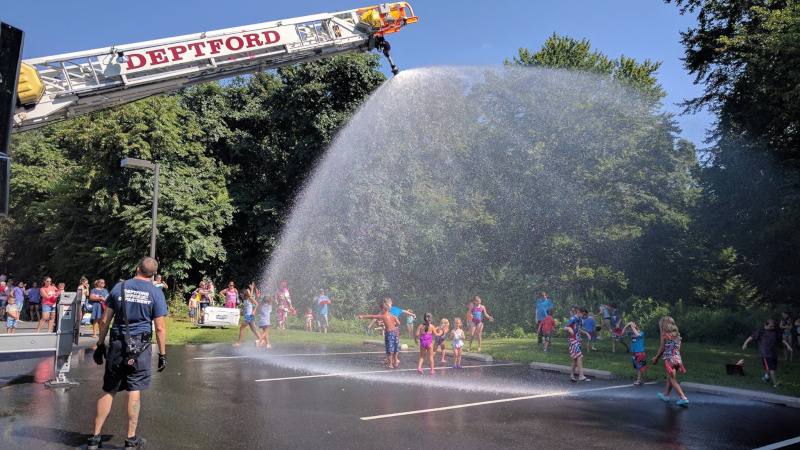 In all, there are over 500 retail stores spread out around Deptford Township, from mom and pop businesses to Lowe’s and Home Depot (100,000-sq.-ft. box stores). In the absence of a downtown main street, the Mall has become the business hub. The obvious problem is: How do you control all that traffic? Medany replies, “Well, we don’t have problems in Deptford, we have issues. And after Thanksgiving, we have a traffic issue, but to be honest, through working with the state and the Mall and our own local road program, we solved a lot of those challenges. Because it’s a big deal for us, giving folks easy access here; getting them in and out of town without them being stuck in traffic jams.”

Deptford Township’s retail-based economy grew up around the Deptford Mall, arguably one of the most successful indoor malls in this region, if not the east coast, because it’s usually 100-percent occupied. With the rise of online shopping, however, it became clear that economic diversity was in order. So, they looked at different uses, starting with entertainment. “We wanted people to come to the mall area for another reason than just shopping,” says Medany. “With entertainment, we thought families would bring the kids down. So, four years ago, we added an indoor Launch Trampoline Park –a franchise some NFL football players started – they hold parties there, and it’s very successful. That was a big catch for us, when they decided to move to Deptford. Since then, we’ve attracted a brand new movie theater, that has full planning board approval.”

Then, the Township branched out into the medical sector. It was fortunate to team up with the Nemours/Alfred I. duPont Hospital for Children, a world renowned pediatric center, that four years ago moved into a 50,000-sq.-ft. building, just a quarter of a mile from the Mall. And now, Inspira Medical Group has full planning approval for a 50,000-sq.-ft. medical center. Dining establishments in the area are booming, seven days a week. There are chain restaurants, privately-owned restaurants – a great variety of cuisine from Mexican to seafood to Italian – with a sizeable regional draw.

From there, the Deptford Township council also decided to invest in open space and farmland preservation, buying a 39-acre farm where 70 homes were planned to be built. According to Medany, “Then we hooked up with the County through Farmland Preservation, so now it’s preserved forever. There is a farmhouse, and 40 plots that are 30’ by 30’ that families are gardening. That’s part of our sustainability, too, because they’re growing their own vegetables, giving away what they don’t eat and teaching kids how to grow food from the ground to the table. We’re not trying to prevent home building, per se, but we preserved the farm instead of it being developed. Part of the farm is a wooded area abutting Timber Creek, a large waterway that borders a bunch of towns here in New Jersey. So, we preserved all that forest as well, and it was a real good move for us.” 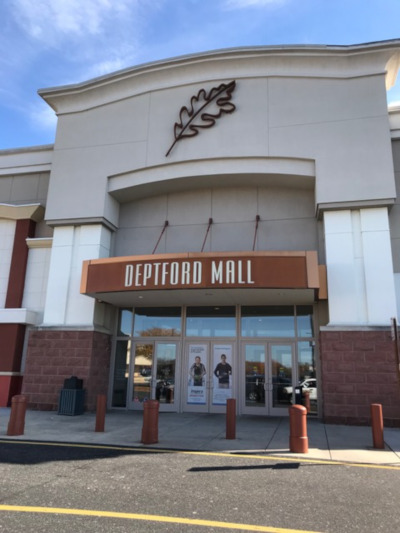 The Township also bought 24 acres, including three lakes. Medany adds, “For those unfamiliar with Deptford, we’re just 10 minutes from Philly and there are a lot of housing developments being built. We didn’t want to cover every square inch with houses, so we’re trying to purchase open space on our own. We preserved the three lakes, basically, keeping it as a wildlife preserve. Fishing is allowed and there are trails around the property, but no swimming. Our idea is to leave it for nature. We also bought 12 acres from the New Jersey Turnpike Authority that would have been houses and now that’s preserved. We’re using our own finances because state and county dollars are tight right now. And we’re fortunate to be able to fund these purchases, ourselves.”

The county community college is a large employer; having partnered with Rowan University and several others, there are 10,000 students coming in and out of the complex. “We’re turning it into an eds and meds campus,” says Medany. “It’s close to 300 acres. Right now, Rowan Medical is building a new 50,000-sq.-ft. medical center there, and a Workforce Development center is coming in next to that. We’re partnering up with them and sending high school students to get college credits, while they’re in high school. The idea is to keep our graduates in the area; we want them to go to school here, stay here and work, buy a home, and raise a family.”

Deptford Township has its own municipal utilities authority; an autonomous agency with members appointed by the governing body. With approximately 540 local roads to take care of, the Township floats a bond out for money, annually, and does about $1.5 million of infrastructure improvements covering 12 to 15 roads per year. Updates are done in neighborhood sections: taking up the roads, replacing water, sewer, and gas lines, repaving, and installing new sidewalks and curbs. High speed fiber is provided through Verizon and Comcast and the whole town is wired for both companies.

On the green front, Deptford Township was ahead of the curve. It passed an ordinance 10 years ago requiring all new houses to have garbage disposals to put food waste down the drain. They also went to single-stream recycling; outfitting the whole town with 70-gallon recycling cans and it was very successful until this year. Regretfully, recycling is now becoming really challenging. Renewables are also important. With the town’s cooperation, Public Service Electric & Gas (PSE&G) constructed phase one of a solar field project on one of Deptford’s landfills. They were just approved for phase two – when that’s done, it will be one of the largest solar fields on the east coast. And that energy goes back into the grid.

Mayor Medany is very proud of his long tenure in office and the success that Deptford Township continues to achieve. He sums up his thoughts about the community by saying, “We’re very business-friendly. We hold at least two annual meetings where we invite every business in Deptford to come to a lunch at the municipal building to meet the elected officials. We ask what we can do for them and vice versa, and we maintain that relationship. I tell them that we consider them residents of Deptford Township, because those owners and managers end up spending more time at their business than they do at home.

“We have an outstanding playground program in every neighborhood to offer recreation for kids and families, as part of our community-wide health and wellness program. And we design our equipment so not only do you get to play on it, you get to exercise at the same time. We actually started a wellness week for our employees with yoga classes, massages, activities, and speakers, and we have a council-sponsored run/walk where everyone in town can participate. For the future, we want to continue open space purchases and preserve what’s left of the farmland. We’re a friendly community focused on keeping our town clean, safe, and improving the health of our residents, of all ages. I grew up here and I’d say the best attribute of Deptford is definitely the people.”

The Kinsley’s Deptford Renewable Energy Center is located within Kinsley’s Landfill in Deptford, New Jersey.  Kinsley’s –the number one ranked Closed Landfill in New Jersey- is a subsidiary of Transtech Industries, Inc.

Creditsafe – Take Me Out To the...