The Carson Corporation – 30 years of change 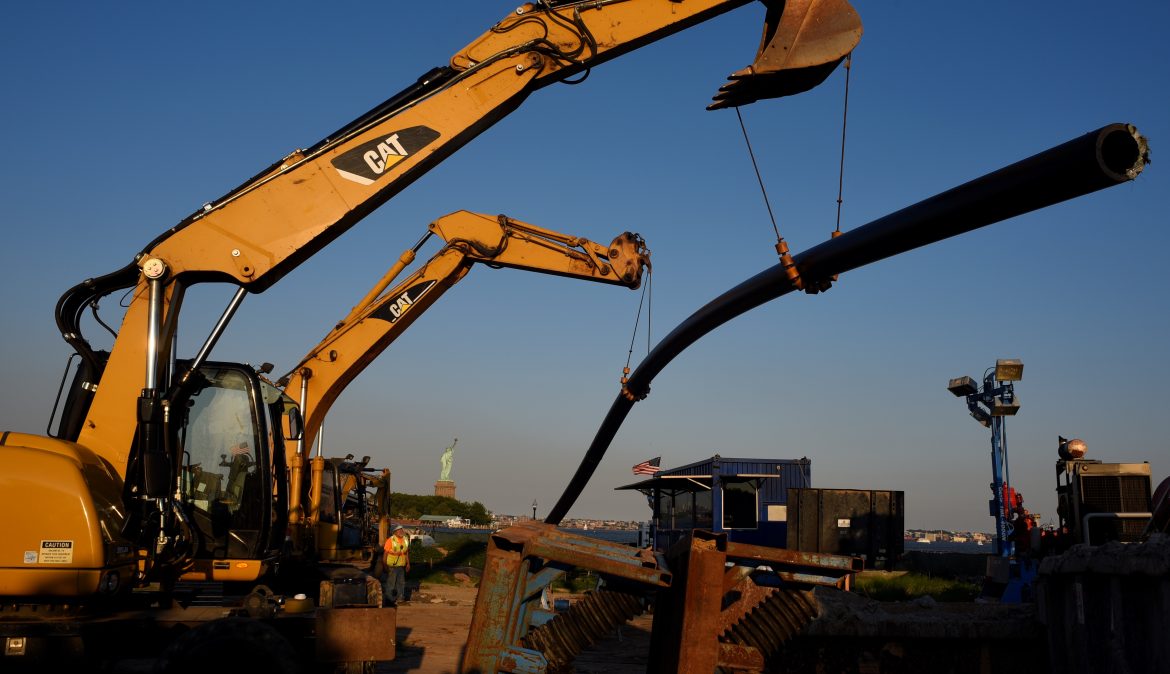 Business View Magazine interviews Dan Carson, Founder of the Carson Corp., as part of our focus on best practices of American businesses.

If you ask Dan Carson, founder of Carson Corporation, for a company profile, he will humbly begin with “I was fresh out of college and went and bought a Caterpillar back hoe. It was me, myself and I.” It takes some prying to discover that the firm’s work now spreads across several east and gulf coast states, and that this year marks the 30th anniversary of the Carson Corporation, a civil construction and directional drilling firm based in Lafayette, New Jersey.

Over the past three decades, Dan Carson has invested in tools and technologies and has navigated through booms and busts, political vacillation, and industry advances. His investments have proved sound, as the Carson Corporation now boasts a large fleet of more than 75 staff-operated pieces of heavy equipment and vehicles. In fact, the Carson Corporation owns and operates one of the largest directional drill rigs on the East Coast, along with over a dozen other drills and boring machinery.

Directional drilling is the practice of drilling wells at multiple angles, not just vertically. Directional drilling has been used in the oil and gas industry since the 1920s to better reach and produce oil and gas reserves. It has also become a tool for utility installations, directional boring, and surface in seams (SIS), used in methane extraction. The Carson Corporation has successfully drilled and installed miles of trenchless piping throughout the country beneath rivers, lakes, and sensitive wetlands.

With a core focus on the tri-state area of New York, New Jersey, and Pennsylvania, the company has secured some of the region’s biggest landmarks and organizations as clients. Recently, the firm upgraded water supply and sewer lines from New Jersey to Liberty Island, New York. The project proceeded alongside the continuous and heavy traffic at the Statue of Liberty. Other recent clients include Atlantic City Electric and its parent company PEPCO Energy Services of New Jersey, as well as Con Edison, Competitive Power Ventures, the New York State Department of Environmental Conservation, New Jersey Transit, and the Port Authority of New York and New Jersey. The company employs approximately 150 individuals, on average, and plans to continue growing through investments in technologies and machinery.

Dan Carson’s knack for company investment can be seen on a timeline. His first investment in a Caterpillar machine in 1987 resulted in residential projects, and then commercial work. Through the 90s, the firm’s focus remained on commercial work and its portfolio grew to a national level alongside the big box store boom. By 2003, he decided diversification was his key to the future. In 2004, he bought the firm’s first maxi-rig, the largest of directional drills, providing over 140,000 pounds of pull.

Thus, the Carson Corporation entered the directional drilling industry. And the firm has been booming alongside its client’s industries, ever since. “We’ve added two more maxi rigs this year for a total of seven,” details Carson. He explains that infrastructure and pipeline work are currently experiencing a boom, which gives rise to the perfect growth opportunity for the company. But, as a builder who has weathered many storms, he is never dependent on the current status. “We’re always exploring new technologies and expect our business to continue to evolve. I’m sure the industry is going to change, including how we do things over the next five to ten years. So we have to be vigilant about that, now.”

Ever alert to those changes, he explains, “The biggest thing that we have to be aware of is the uncertainty. We’re in a boom period for a reason right now. We have to be vigilant of the political winds through the next election period. As far as non-pipeline work, there is a continued investment in infrastructure – especially in the water and electric side. There’s a tremendous amount of electric going in and a push to replace an aging infrastructure and increase reliability. In New Jersey, they’re looking at the reliability of their electrical grid as population centers continue to expand. And we have threats of extreme weather, which we could talk about endlessly.”

And as far as directional drilling work, the firm remains an attentive guardian of the environment it works within. As Carson explains, because some of the firm’s directional drilling clients are in the pipeline industry, “there is a highly vigilant atmosphere. But it’s also highly regulated already. And our attention to detail is no different that any approach we would take with any project. These highly sensitive and exposed projects, when done properly, are not an issue.”

This core philosophy of operating with diligence and care is what keeps the Carson Corporation on top of the contractor roster for clients. Carson describes his company’s ethic: “We finish what we started. What I mean by that is that not every job goes perfectly. But we provide solutions and work with our clients to have a satisfactory result on every project that we do.”

WHO: The Carson Corporation
WHAT: Horizontal drilling and civil construction
WHERE: Lafayette, New Jersey
WEBSITE: www.carsoncorporation.net 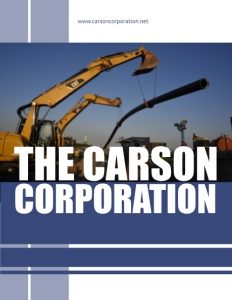