The Phoenix Convention Center – The heart of downtown 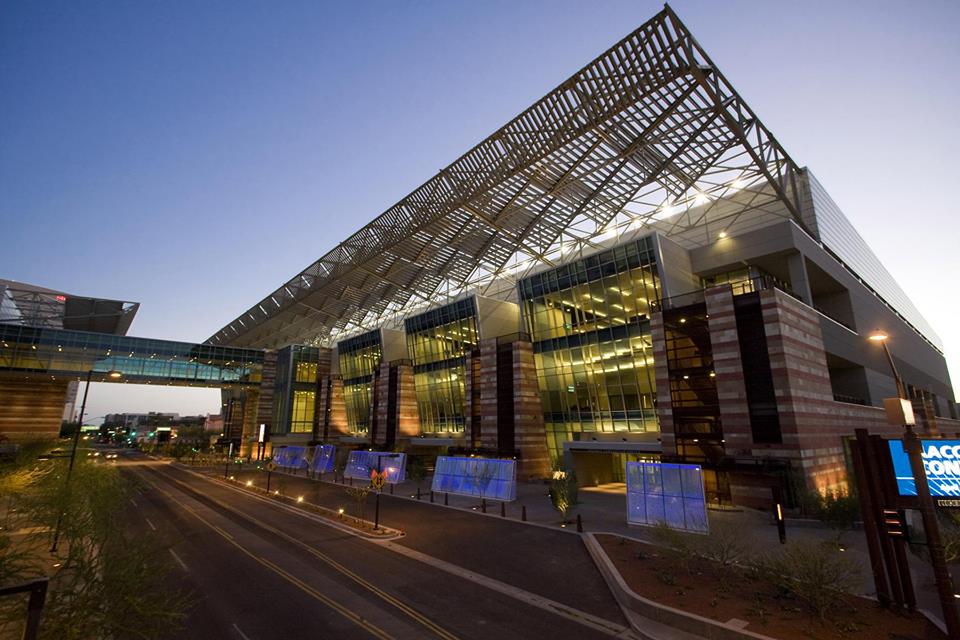 The Phoenix Convention Center was borne from a citizens group that was formed in the early 1960s to study the development of facilities that could host both local cultural and theatrical events, as well as regional and national convention business – both of which would enhance the economic vitality of the city’s downtown. Construction of the Phoenix Civic Plaza began in 1969, and was completed in 1972, at a cost of $28 million. The original project included both the Phoenix Convention Center and Phoenix Symphony Hall on a 16.5-acre plaza site in the heart of downtown.

In 1985, the Convention Center doubled its space to over 300,000 square feet, and in the mid 1990s, it embarked on a $32 million renovation project to update and enhance its image. The next era of improvements came about in the early 2000s, when, according to John Chan, the Center’s Director, there was an effort by the city and its hotels to take a studied look at the future of the tourism industry as a whole.

“There was a major initiative for downtown revitalization in the mid-2000s,” says Chan. “It spurred new hotel development and development of the light rail corridor. The vision was that the Convention Center needed to be a part of it. We were undergoing a $600 million expansion project; we tripled the size of our convention facilities – about 320,000 square feet to 900,000 square feet of meeting and exhibition space. It was completed at the end of 2008. And, at the same time that happened, a thousand-room convention hotel opened; the light rail opened. So there was a lot of development occurring in our downtown area at the same time.”

Today, the Phoenix Convention Center ranks as one of the top ten convention center facilities in the country. Its 900,000 square feet of meeting and exhibition space includes a 312,500-sq.-ft. main exhibit hall and a 46,000-sq.ft. ballroom. There are 99 meeting rooms, 61 loading docks, and an Executive Conference Center. It is staffed by 223 full-time employees.

Hosting an average of 200 events a year, Chan says the Center’s target clients are D.C.-based, national associations, religious groups, and, because of its close proximity to a downtown Phoenix bio-medical campus, scientific and research organizations. “We try to leverage the assets that we have and tie them into our convention strategy,” he explains. “We tout our state and all the amenities; some of the opportunities for people to have side trips when they come to Phoenix – to experience things like the Grand Canyon, or places like Sedona that are just a drive away. Bringing it down to the ‘street level,’ one of the things that we tout is our compact downtown, where our three main convention hotels are within walking distance of the Center. And because of our climate, we’re actually very busy during the summer for groups that are looking for value locations. That’s why some of the social and religious groups are part of our target audience.”

Chan also touts the Center’s physical layout: “We talk about the unique design of our venue. We have a vertically-stacked floor plan. It’s more compact, so people don’t have to walk a half mile to go from one hall to the other. One of the benefits of that is we can have multiple events at the same time – we can have a load-out going on at the same time that there’s another group in the building.”

The Center’s food and beverage offerings are another big draw. “One of the most important things we emphasize is the guest experience, and we do use food and beverage as a way to enhance that experience,” Chan admits. “We have a full tasting kitchen, where the chef is able to unleash all of his culinary expertise and make the dining experience a key part of the convention experience. Aramark is our food and beverage provider, but they actually created a boutique brand under the name Aventura Catering, so that is our way of setting ourselves apart from what you may find in any other convention center. It’s a higher level of amenities and service at that level. Food and beverage has been a long-standing program, and when we completed our expansion project, we needed a food and beverage program to match our new building and so that’s why we went with this boutique brand.”

Like most of the top convention venues today, Chan says that Phoenix also recognized the need to constantly upgrade its technological amenities: “Over the past couple of years, we’ve completely upgraded our distributed antenna system (DAS). More people are relying on their mobile devices for connectivity to the internet, so we have a very robust 4G network and when 5G becomes the standard, we’ll be ready to upgrade, as well. That mobile network has been a significant investment for our Convention Center. We’ve also recently upgraded all of our kiosks – now they’re all touch screen interactive, so you can pick your session and it will map how to get there. The new kiosk technology also has maps to the surrounding downtown area with a complete listing of all the restaurants and bars and hotels.

“The latest thing we’re working on, which is pretty exciting for us, is we’re utilizing beacon technology within the Center. We’ve installed beacons where our meeting planners can connect or tie in their conference app to, not only, help their attendees navigate the Convention Center, but also for their attendees to explore the downtown area nearby for opportunities for nightlife, events, shopping. So, we work with the meeting planners as they’re building their conference app and we can integrate this technology, which enhances the experience for their attendees through the use of these beacons and location services on their cell phones.”

Sustainability and saving energy also rank high on the Center’s agenda. “We are working closely with the city’s public works department’s city-wide initiative to increase our diversion rate,” Chan reports. “We have a goal of 40 percent diversion by 2020. There’s a big opportunity to achieve that goal by the nature of what we do here with composting. It’s done at the kitchen level and then we’ve recently expanded that to an event by event basis, so, for example, when we had the NCAA Final Four, in addition to the traditional trash and recycling part of our operation, we added a composting component. The goal is to make that a standard across the board, in the future. The other thing that we’ve recently done is a complete retrofit of our lighting systems, converting all of our lighting in our public areas, parking garages, stairwells to LED lighting and using existing fixtures, in some cases new fixtures, focusing on energy efficiency.”

The Center’s most important feature, though, is its commitment to customer service – providing a great experience for visitors and attendees. “We do a lot of training with our staff on customer service,” says Chan. “We include all of our service partners and our suppliers as a part of that; we require them to go through the training with us, so that we’re sending the same message and providing the same level of service across the board.”

The past few years have been eventful for both the City of Phoenix and the Convention Center, and Chan would like to see the trend continue: “We have just completed three straight years of hosting major events in the city. In 2015, we hosted the Super Bowl; in 2016, we hosted the College Football National Championship; and then, this past March we hosted the NCAA Final Four. All of those were very successful events that we were part of hosting in conjunction with the stadium. We used the Convention Center for all of the fan-related events. So, we are excited to get back into the rotation for the next bidding cycle for the next Super Bowl and the Final Four. We’re looking for those opportunities to put us back in the national spotlight.”

WHO: The Phoenix Convention Center
WHAT: One of the country’s top convention center facilities
WHERE: Downtown Phoenix, Arizona
WEBSITE: www.phoenixconventioncenter.com 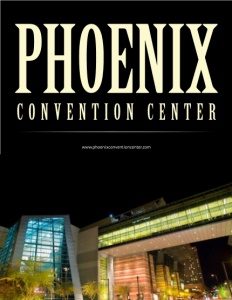