Business View Magazine interviews representatives of Warner Robins, GA, as part of our focus on the economic development of American cities.

Warner Robins is a city in Houston County in the central part of the State of Georgia. This vibrant metropolis began its existence as the little hamlet of Wellston, located 18 miles south of Macon and 17 miles northeast of Perry, the county seat. At that time, little Wellston had a population of 52 residents and was surrounded by peanut patches, peach orchards, and cornfields. The impact of World War II had a direct effect on Wellston after it was selected as the site for an Army Air Corps Depot.

The Air Force Base was initially called Wellston Army Air Depot when it opened in 1942. Its first commander, Colonel Charles E. Thomas, wanted to name the depot in honor of his mentor, Augustine Warner Robins, but regulations prevented him from doing this, as they required the base to be named after the nearest town. Not deterred by this, Colonel Thomas persuaded community leaders to rename the town of Wellston. So, on September 1, 1942, the town was given the new name of Warner Robins, a unique name, shared with no other town in the United States. Soon thereafter, the Base was renamed to become Warner Robins Army Air Depot. 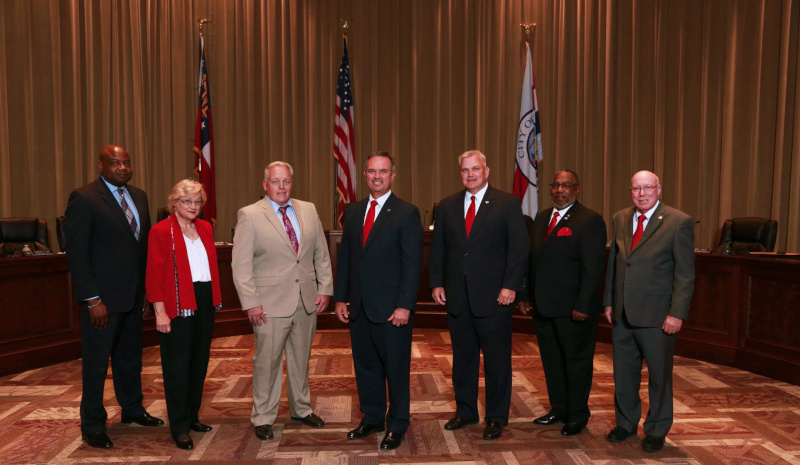 Following World War II, the Depot was cut back drastically. Many of the people who had come to the new town moved away and the town’s progress lagged. However, several hundred citizens chose to stay, and many former civil service and military personnel became the backbone of the community as they created new businesses and made their roots in Warner Robins. The Korean conflict in the early 1950s resulted in the Base being suddenly reactivated and people began pouring in again, and the growth and construction that followed made Warner Robins a boomtown.

Today, Robins Air Force Base is firmly established as the largest Air Force Base in the South, as well as Georgia’s largest single industrial complex. It requires more than 25,000 military and civilian personnel representing an annual payroll exceeding $600 million, and provides economic stability for Warner Robins that has benefited the entire Middle Georgia community.

The City of Warner Robins has a population of approximately 75,000 and is growing rapidly. According to Mayor Randy Toms, some of that growth is organic as investments in commercial entities such as retail establishments and restaurants continue to follow state and local investments into the area’s road and highway infrastructure. “A four-lane state highway runs through our town and with that comes huge amounts of growth,” says Toms. Growth also comes from the continuing operations at the Air Force Base. “We have a big civilian population that works there,” he adds. “And they recently launched an initiative to hire 1,200 new jobs in 12 months. So, we’re building more houses than at any other time in our existence.”

More growth comes from annexation of areas just outside the city limits – places where Warner Robins provides water, sewer, and natural gas services. “As we grow, we provide services outside of our city so that when they become contiguous, there are contracts where they annex in,” Toms explains. “That provides a lot of growth for us, as well. For example, we’re looking at a bond project to increase our infrastructure out around Highway 96 to provide for the growth that’s coming into that area. The infrastructure there is not sufficient to handle the growth that we’re seeing, right now. We own natural gas here and we also own part of another natural gas company, so we make money off of our natural gas, and we always encourage the use of that with people coming in. They need our services and we want to include them into our city structure.”

Warner Robins is also working to redevelop certain areas of town that have suffered from neglect, with an infusion of over $34 million into Parks and Recreation Department projects – both to provide amenities for its citizens, as well as to attract new families and businesses to town. The city’s Parks and Recreation Director, Jarred Reneau, remarks, “With Robins Air Force Base, we have a lot of families coming into the area and one of the things they always ask is, ‘What’s going on with your Parks and Rec?’ Well, we’re doing that now and it will be a huge impact down the road. We’re basically 40 years and $80 million behind in our Parks and Recreation. But we’re going to have all our projects completed in four years for half that amount of money. I think it’s great for the welfare of the community – for our kids and our senior citizens to have places to get outside and be active. It’s essential to put money into this. It brings the community together and it also allows our recreation programs to expand.” 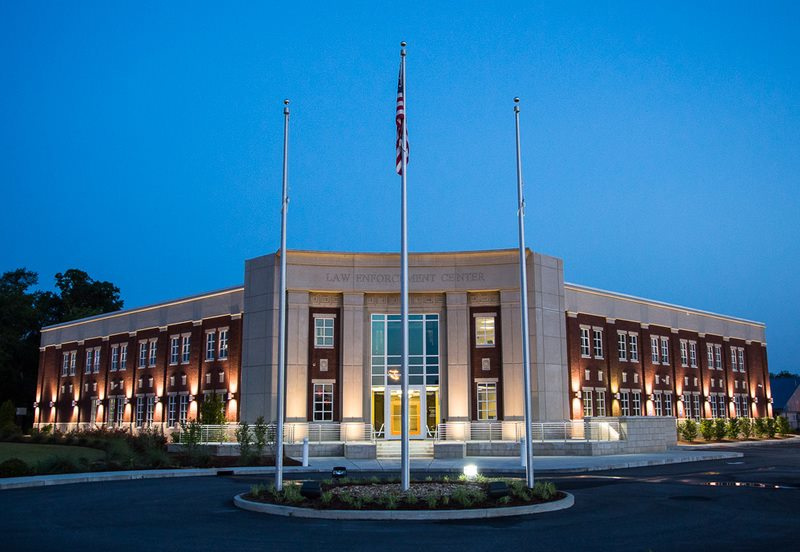 These upcoming projects include a $16-18 million recreation facility to be constructed on the north side of town. The new facility will have an indoor gymnasium, baseball and softball fields, walking trails, and other passive park features. “We also have a field on the south side of town that was one big soccer field with a baseball field attached,” Toms adds. “We tore it completely down and rebuilt it to four football fields, one with a rubberized track around it, and three of those fields are lit. We have a possibility of a festival environment in that particular park and I think the economic impact is going to be long-term. That facility could draw soccer attention, football attention, and lacrosse attention. The gymnasiums we’re building are going to see basketball activity, as well as volleyball activity. So, we’re bringing the opportunity for a lot of economic impact through travel teams in just about every area of athletics you can imagine.”

“With the new complex, it gives us the opportunity to have events we’ve never had – gymnastics, roller derby – we get to think outside the box and bring new ideas in,” adds Reneau. “And, at the end of the day, it brings tax dollars back into the city.”

Toms says that the new projects will be funded by a combination of a bond issue and the Special Purpose Local Option Sales Tax (SPLOST) monies coming into the city. “It’s a one-percent sales tax that was voted on that lasts for six years,” he notes. “And since 2000, we’ve had a continuing tax here in Houston County and we’ve kept those SPLOST dollars coming in.”

Toms notes that Warner Robins is also interested in developing a noticeable downtown. “We were created to be temporary,” he opines, “so the buildings in the downtown area weren’t built to last; they’re all kind of disposable, if you will. We have an area near the Base, near our city’s municipal complex, that we would love to redevelop into a downtown area, but with the massive growth that took place in the last 15-20 year period, we sprawled, and so, we are spread out in many different directions. Our discernible downtown is lacking, but it is an area we would love to see develop into a recognizable, attractive downtown.”

Warner Robins does, however, have several unique features. One is Rigby’s Water World, a multi-phase water park and entertainment district that opened in July 2018 on 23 acres on the southern edge of town. It is part of a larger operation called Rigby’s Entertainment Complex that features the water park, billiards, mini-golf, bowling, roller skating, go-karts, laser tag, and an electronic games arcade. Another major attraction is the 2nd largest aerospace museum of the United States Air Force. Located just outside the city on 51 acres, the Museum of Aviation includes four exhibit buildings and more than 85 historic aircraft, as well as the Georgia Aviation Hall of Fame. As the largest tourist attraction outside of Atlanta in the State of Georgia, the Museum draws between five and six hundred thousand visitors a year.

Finally, Warner Robins has a one-of-a-kind facility – a partnership among the city, which donated the land, the Georgia Department of Veterans Service, the Georgia Department of Labor, the U.S. Department of Veterans Affairs, United Way/Mission United, Central Georgia Technical College, and Middle Georgia State University. It’s called the Veterans Education Career Transition Resource Center or VECTR, and it serves as a gateway for veterans’ re-entry into Georgia’s public postsecondary educational systems and workforce. The VECTR Center was established by the state and is designed to serve veterans and their families through career counseling, educational coaching, workforce training, and more. It provides unique, accelerated programs in high demand and strategic industries tailored to abbreviate the process of receiving post-secondary certificates and degrees by recognizing the extensive training veterans receive during their military service. It also provides a one-stop-shop for veterans seeking benefits, educational opportunities, employment services, and links to community resources. “We can honestly say that people from many other states come down to Warner Robins to visit the VECTR, to try to duplicate that in their states, because we are the only one in the United States,” Toms declares.

From its humble beginnings, Warner Robins has grown into a thriving, progressive community and a great place to live, work, and play. Fully credited by the Georgia Certified City Program, Warner Robins has accomplished important civic improvements necessary to enhance the city’s attractiveness to potential new business and industry.  Georgia’s “International City” has a record of fine schools, a superior record of law and order, and one of the most outstanding recreational programs in the southeast. The city is also known throughout Middle Georgia as an outstanding shopping center with more than 1,000 retail businesses within the city limits. “We have many small businesses that are thriving and new businesses coming,” Toms says in conclusion. “They’re all small businesses but the totality of them makes up the biggest part of who we are as a business community. And we’re always finding ways to bring you off the interstate and keep you in town long enough to enjoy everything that Warner Robins is.”

WHERE: Houston County, in the central part of the state