Business View Magazine interviews Rick Lanman, Director of the Auburn-Lewiston Airport, as part of our series on regional airports in the U.S. 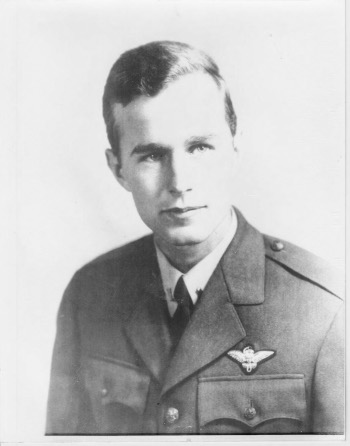 Auburn-Lewiston Airport is a 627-acre, regional reliever, general aviation airport located five miles southwest of the cities of Auburn and Lewiston in Androscoggin County, Maine. The Airport opened in 1935, and from late 1942, it was under the control of the United States Navy for use as a base for anti-submarine patrols in the North Atlantic. It was commissioned in April, 1943 as Naval Auxiliary Air Facility Lewiston, and along with Naval Air Station Brunswick, was used to train British, Canadian, and American torpedo bomber pilots until 1945. Lt. George H.W. Bush was assigned there briefly, after being shot down towards the end of the war. Naval operations ceased on December 1, 1945, and the site was declared surplus in 1946, and handed back to the cities of Auburn and Lewiston in 1947/48, with the stipulation that it remain an airport in perpetuity.

Auburn and Lewiston still own and operate the Airport through a nonprofit, quasi-municipal government corporation. Policy and strategic direction is set by a Board of Directors, with both cities participating equally in the Airport’s development. Auburn-Lewiston is not currently served by any commercial airline, although Executive Airlines, Northeast Airlines, Air New England, Northeast Express Regional Airlines, and Bar Harbor Airlines have all had scheduled flights there in the past.

Today, the Airport thrives by serving the varied needs of corporate, charter, cargo, and recreational flyers who lease hangars and tie-downs, pay landing fees, buy fuel, and rent cars. It is the second-busiest airport in the state, with over 52,000 landings per year, and it generates approximately $25 million, annually, into the local economy.

Since 2012, the Airport has been managed by its Director, Rick Lanman, a retired Marine who had previously held leadership positions at airports in Arkansas, Illinois, and Kansas. Part of his charge, when hired, was to help bring down the approximately 15 percent of the Airport’s funds that it gets from the two cities. Its budget in 2017 was $1.5 million, including $167,800 each from Lewiston and Auburn for operations, and another $43,000 for capital improvements. Last year’s ask was $172,000 each for operations plus an additional amount for capital costs. “I present a budget to the Board of Directors,” Lanman says. “Once they approve it, I take that same budget and send it to both city councils, concurrently, and have to get approval from both of them, before it actually becomes our budget for the next year.”

For many small, regional airports, one way to make more money is to build and lease hangar space. Unfortunately, at Auburn Lewiston, both demographics and economics make that a poor gamble. Lanman explains: “We have 62 home-based GA aircraft; when I got here, it was a little over 100. But that’s the trend and it’s been that way at other airports in the state. We’re all losing general aviation. This is the oldest state in the union as far as population; our average age is close to 49 years. A lot of people here are either retiring or moving south, or they’re just going beyond their ability to fly an airplane.” 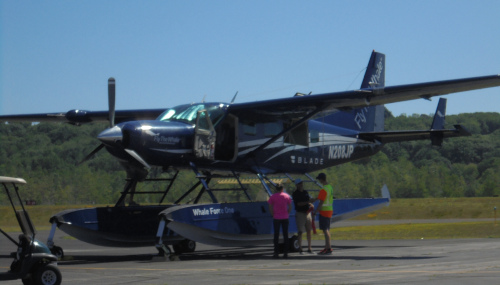 Regarding the economic picture, Lanman adds that hangar construction is simply too expensive to be able to recover those costs through affordable rents. “The last time we tried it, we got an estimate of a little over $200 per square foot,” he reports. “If you go further west, you would find it much cheaper – as low as $75-80 per square foot to build hangars. So, you could build a hanger for that and rent it out fairly inexpensively; when it’s $250-300 per square foot, it becomes unviable. That’s the biggest problem, here. There’s nothing that we could build inexpensively enough to amortize it and then start receiving the benefits of it.”

However, another way to increase revenue is to make sure that the condition of the Airport’s infrastructure is top-notch, so that word-of-mouth among its pilots and customers drive more business. In that regard, Lanman believes that Auburn Lewiston is keeping pace. “At this point, we have done about $3 million of improvements since I got here; we are now in design to do another $10 million worth of improvements within the next two years. So, we’re definitely updating and doing what we can and as much as we can,” he avers.

“The $10 million is for a new landside parking lot; a new fuel farm; we’re resurfacing one runway and reconstructing another,” he continues. “We’re also going to be improving all the landing NavAids – a new localizer antenna (a device allows horizontal guidance for instrument landings) in the right place, so that it’s not put out of service by a snow storm. (The current localizer is from the late 1990s, and is in a depression in the earth. When the snow gets high, it’s not readable at all.) And the glide slope is going to be improved just a little bit (the glide slope is an imaginary line that travels from the approach end of the runway upwards to the aircraft that is about to land). We’re going to adjust the light system at the end of the runway that aligns the pilot flying in lower visibility conditions to the center line of the runway. All those things are being upgraded and updated.”

Lanman hopes that these upgrades will help the Airport compete more effectively with five others that are all within a 30 mile radius of Auburn-Lewiston: Brunswick, Augusta, Sanford, Oxford County, and Portland Jetport, the area’s major passenger facility. “We do acknowledge that we are in competition and we watch each other’s fuel prices and we watch each other’s service,” he admits. “All the airport managers are peers, and we help each other on some things, but as far as me trying to get the business, we’ll definitely be competitive.” 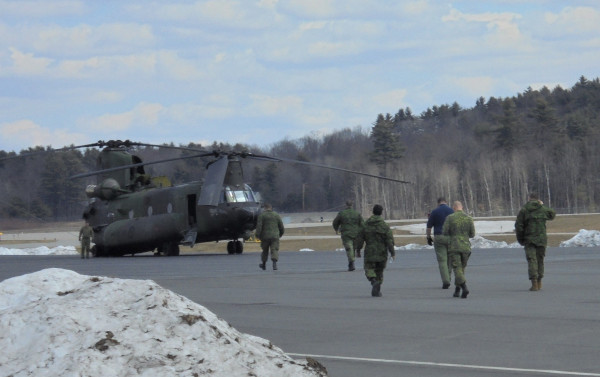 Finally, Lanman believes that land within the Airport’s perimeter, as well as at the Business Airpark right across the street, but still on Airport property, both have great potential, and he would like to see a more aggressive marketing campaign reach out to prospective tenants. One project on his wish list is a new hotel that would have both a land and air side. “We have a building program in place, and we have some sites for which we’re waiting for the appropriate time to start seriously marketing,” he states.

The good news is that, just a few weeks ago, Elite Airways, Maine’s largest charter airline which is headquartered in Portland, announced that it has signed a long-term lease agreement, valued at $2.6 million, for the largest structure on Airport property – 27,000 square feet worth of hangar and office space. The move is estimated to bring upwards of 100 new, high-skilled jobs to the area, including aircraft maintenance technicians, mechanics, support personnel, pilots, and flight crews.

“This Airport is still serving its community,” says Lanman. “It’s one of the busiest airports in the state, and we do a fine job of non-commercial, corporate traffic. The staff here is as good as you’ll find. We’re improving our infrastructure on a regular basis. We’re doing a good job of doing what we’re supposed to do, but we have enormous capacity and are using a fraction of it. We are competitive, and we appreciate any opportunity.”

WHERE: five miles southwest of the cities of Auburn and Lewiston in Androscoggin County, Maine 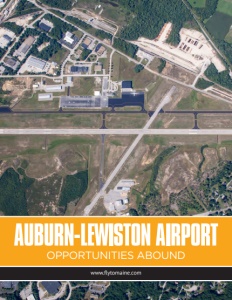