Business View Magazine interviews representatives from Phillips County, AR, as part of our focus on economic redevelopment of American municipalities.

Phillips County is located in the eastern part of the state of Arkansas, where the St. Francis River empties into the Mississippi River, in what is known as the Arkansas Delta. In addition to ancient Indian cultures who inhabited some of the region’s higher land, the area witnessed several famous European explorers who made forays into the wilderness: the Spaniard, Hernando de Soto, entered just south of the current city of Helena in 1541, and the Frenchmen, Jacques Marquette and Louis Joliet, led an expedition to find the mouth of the Mississippi River in 1673.

The county was named after Sylvanus Phillips, the area’s first-known white settler and representative to the first Territorial Legislature of the Arkansas Territory, and Helena, the county seat, was named after his daughter who died in 1831, at the age of fifteen. Established in1820, the county is the second oldest in Arkansas. Like most Delta counties, Phillips County, which is situated on prime agricultural land, was a cotton-producing area, containing large plantations with many African-American slaves. The first sawmill was built there in 1826. 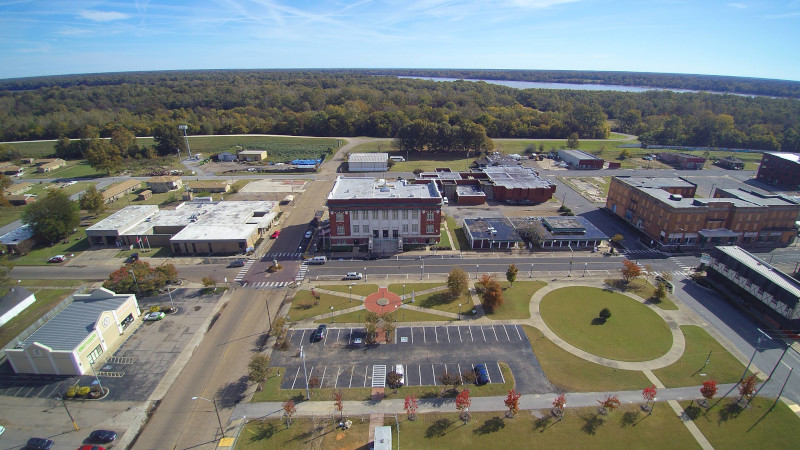 In addition to agriculture and lumber, transportation was one of the county’s early industries. In 1875, the Arkansas Midland Railroad was built west from Helena. New cities were established along the railroad lines, including Marvell, which was incorporated in 1876. Several new lumber companies arose as a result of the railroads, which made transporting wood and wood products far easier.

One of the darkest spots in Phillips County history took place on the night of September 30, 1919 in what became known as the Elaine Massacre. What started as a meeting of the Progressive Farmers and Household Union of America at a church in Hoop Spur, three miles north of Elaine, erupted into violence which ended in the death of hundreds of African-American citizens and the arrest of nearly 300 more. It was, by far, the deadliest racial confrontation in the state’s history and possibly the bloodiest racial conflict in the history of the United States.

Major floods in 1927 and 1937 devastated the farms and the cities of Phillips County. In those years, levees that had been rebuilt and improved after earlier floods were unable to handle the water. For example, during the Flood of 1927, the Laconia Circle levee at Snow Lake broke in six places, leaving the unprotected farms under sixteen feet of water. The flood was also a setback to the lumber industry from which it never recovered. Between the floods, the area languished through drought and through the Great Depression.

Years of poverty continued into the late 20th century. In fact, the 1990 U.S. Census ranked Phillips County as one of the sixteen poorest counties in the United States. “We’ve had our ups, and we’ve had our downs,” admits County Judge, Clark Hall, whose family has lived in Phillips County since the early 1800s. “We’re a struggling, rural community, but we have some plans and goals to accomplish revitalization of our area.”

According to Hall, that revitalization includes the development of the area’s many natural resources and the promotion of the tourism opportunities they offer. Phillips County includes portions of the St. Francis National Forest and the White River National Wildlife Refuge, so hiking, boating, biking, and fishing are among the recreational activities available in the county. Over the last several years, there has been a move to connect Helena to Mariana in Lee County with a paved recreational trail through the St. Francis National Forest. “It’s a unique area of this country in which rolling hills rise up out of the delta flatlands,” Hall explains. “It lies along the Mississippi River and runs from Helena all the way up to Jonesboro, Arkansas. We are going to bid out to pave this road, and it’s going to open up a whole new area for bicycling and tourism. We have accomplished that project with the help of the State Highway Department, the City of Helena, Phillips County, Lee County, the City of Mariana, and others.” 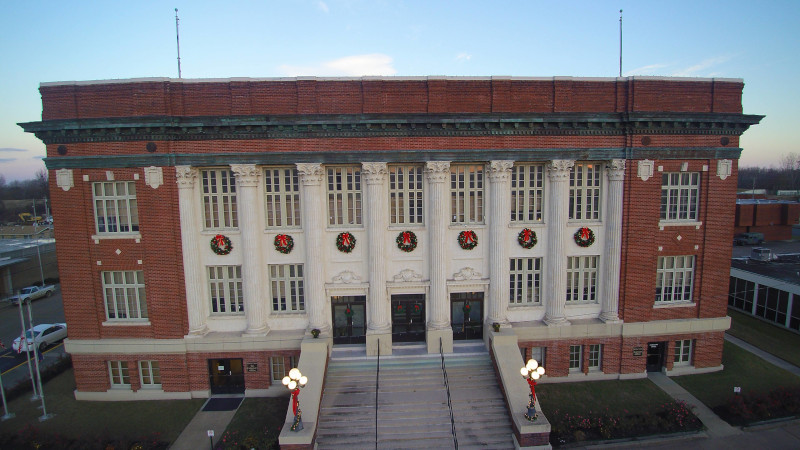 Hall adds that the trail project, to be known as the Delta Heritage Trail, is going to connect with the Harahan Bridge Project. The Harahan Bridge is a cantilevered through truss bridge that carries two rail lines and a pedestrian bridge across the Mississippi River between West Memphis, Arkansas and Memphis, Tennessee. “It runs from Memphis down to Mariana and then to Helena, and then to Arkansas City,” he notes. “We think it will enhance tourism for our community. In Arkansas, tourism is the second largest industry in our state, after agriculture. So, it’s important that Phillips County participate in that arena to bring revenue and people from all over the United States and around the world to come to our area.”

Another upcoming project in Phillips County is the Elaine Massacre Memorial, set to open in Court Square Park, across from the Phillips County courthouse, on Sept. 29, 2019 – exactly a hundred years after the massacre. “It represents justice and how we have grown as a community,” says Hall. “It represents the aftermath of that tragedy, how we’ve tried to recognize that incident, and how it played out to make our state and country a better place to live.”

Other cultural institutions in Phillips County include the Delta Cultural Center and the King Biscuit Blues Festival, an annual multi-day music event held in Helena. A newer event that has been added to the Blues Festival is the Tour da Delta, a 60-mile cycling race that winds through the rolling hills of St. Francis National Forest, while also passing historical landmarks, such as a ¾ scale reproduction of Ft. Curtis, a major Union army fortification during and immediately after the Civil War.

Phillips County is also hoping to grow its economy by attracting new industry to the region. The Helena Harbor Industrial Complex, operating under the auspices of the Helena-West Helena-Phillips County Port Authority, is a fully-equipped, 4,000-acre industrial park built on the banks of the Mississippi River, and represents the area’s brightest beacon for growth since the loss of the Mohawk Tire Company in the 1970s. “We have two or three industries out there, employing several hundred local employees and expansion is in the works on a couple of those,” says Hall.

One new company that located at Helena Harbor is EnviroTech, a manufacturer of disinfectants for the food industry that put down roots in 2015. “That’s been a real positive development over the last few years and a great example of what we have to offer other companies when they look at relocating or expanding their operations. This is a place where they can tie into a lot of good resources,” says Chris Richey, an Arkansas State Representative and Member of the Phillips County Chamber of Commerce. “EnviroTech has been pleased with the access to rail and highway and, of course, the river, and they’ve been pleased with the workforce.”

Meanwhile, Hall says that the county is working to upgrade its infrastructure in order to bring needed amenities to some of its more rural citizens. “In the western part of the county, we are working through the Delta Regional Authority (DRA) to install sewer systems out in areas that have issues with their systems,” he reports. “We’re trying to improve the quality of life and the availability of services that all the rest of the country has.” (The Delta Regional Authority is a Federal-State partnership whose mission is to improve the quality of life for the residents of the Mississippi River Delta Region. The DRA serves 252 counties and parishes in parts of eight states: Alabama, Arkansas, Illinois, Kentucky, Louisiana, Mississippi, Missouri, and Tennessee. Under federal law, at least 75 percent of DRA funds must be invested in economically distressed counties and parishes. Half of DRA funds are awarded for transportation and basic infrastructure improvements.)

“Our history and heritage is a big part of our identity and a big part of our future as we look to attract tourism and industry to our community,” says Richey. “Then you’ve got the natural resources with all types of opportunities whether you’re a sportsman, a fisherman, or somebody who likes to kayak, or hike, or bike.”

It’s unbelievable how beautiful our area is and how friendly the people are,” says Hall, in conclusion. “We may have our problems but we’re working on issues that haven’t been worked on in several decades, and we’re trying to address them, to make our future look bright. All of this has to fit in the big picture of making our community whole again, and making opportunities for our citizens.”

WHERE: On the west bank of the Mississippi River 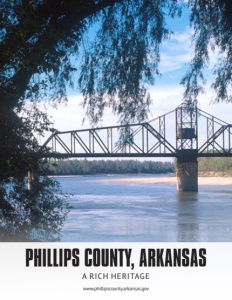