Maumelle, Arkansas has earned well-deserved recognition as a safe, friendly, family-oriented community and proudly exemplifies its motto, “Together We Thrive.” Centrally located on the Arkansas River, in close proximity to Little Rock, North Little Rock, and Conway, Maumelle is one of the youngest communities in Arkansas. Among its many attributes, the city offers unique, engaging opportunities for both business and pleasure. 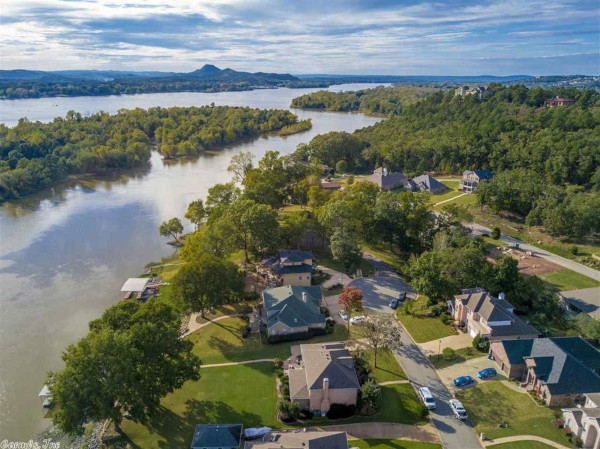 Maumelle began as a HUD New Town; a planned community from day one. It had its roots in an ordinance plan in World War II – after the war, the land was sold to a company that salvaged all the buildings, then it was sold again, and eventually developed by Jess Odom as Maumelle New Town in the 1960s and ‘70s. The first town was built in 1973. Interestingly, the design never included a downtown. Today, there is a town center but it’s not like a historic town square. Maumelle is refreshingly different. Michael Watson, former Mayor of Maumelle, Arkansas, stepped down in Dec. 2018 after 12 years in office, and reflects with pride on the community he calls home. According to Watson, “We were incorporated in 1985 as a city, so we’re just over 30 years old with a population of around 18,000, which makes us the 23rd largest city in Arkansas, right now. But it was all due to the vision of Jess Odom. We have amenities they put in years ago, walking paths, four-lane roadways, boulevards, divided medians, and a pretty robust park system.”

A wealth of global companies are located in the city’s industrial park, including Kimberly-Clark, Molex, Dillard’s, Ace Hardware, PepsiCo, and Cintas, and the search is ongoing for new businesses that are the right fit. Watson explains, “These are all-in-one industrial area on the east side of Maumelle Blvd. – light manufacturing or distribution only. We can’t even have an auto parts plant because that’s considered too heavy of industrial zoning for our district. It goes back to the original Jess Odom plan. When they designed the town, they wanted industrial on one side of Maumelle Blvd. and residential and commercial on the other side. That’s slightly changed over the years for various reasons. One being that part of the east side area has wetlands, and the industry sites didn’t fit well with that, so the developers created a golf course and built homes around it. That’s our largest subdivision, Country Club of Arkansas, with over 1,300 lots. Our other 18-hole golf course, the Maumelle Country Club, was actually the first facility to open in Maumelle, even before the first house was built.”

The main traffic corridor, Maumelle Blvd., carries about 30,000 cars a day through the city limits and about 44,000 where it meets the interstate at the exterior boundaries. While the city has a large housing stock – about 7,000 units – the median price tends to be higher than the rest of Arkansas, in the $200,000 to $225,000 range. Many company executives live in Maumelle, but the bulk of employees, over 60 percent, travel from as far as an hour away. Arkansas, being a rural community, people are used to driving, and they don’t mind commuting for a well-paying job.

Watson recalls, “During my tenure, we’ve been able to upgrade almost every facility the city uses on a regular basis. We’ve built two new fire stations, a new police station, a new public works facility and, twice, we’ve done a senior wellness center. They outgrew one space, so last year, we opened the new Center on the Lake – a 17,000-sq-.ft. building with cardio facilities, aerobics, yoga, crafts, and they serve breakfast and lunch on a daily basis. It’s a great place for people, age 50 and over, to enjoy meals and activities and socialize. It’s only $25 a year for membership, not a huge expense, and lunch is $4 a day.” The Center on the Lake is in Maumelle’s largest park – Lake Willastein (named after Jess Odom’s wife) – a 100-acre park with a 55-acre lake in the middle. The lake is used for fishing, kayaking, canoes; low impact uses, no waterskiing. The Children’s Protective Center Dragon sponsors dragon boat races there every year as a fundraiser. It’s also the scene of the Fourth of July Porkfest, with fireworks over the water, a parade that ends in the park, and a concert. With the absence of a downtown core, people say Lake Willastein is the heart of the town. 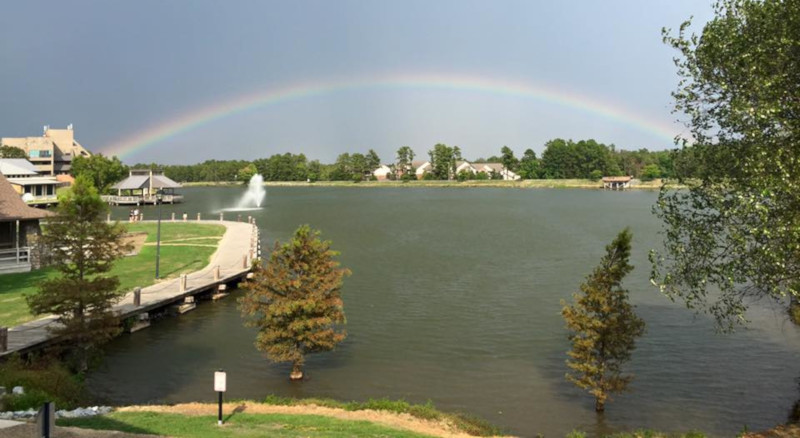 Exciting things are happening in Maumelle. Recently, construction started on the long-awaited, new I-40 interchange (often referred to as the “3rd Entrance”), which is expected to spur economic growth in the area and improve the ease of travel to, from, and within Maumelle. “The citizens passed a sales tax in November 2018 to fund the $14 million cost of a new interchange,” says Watson. “Construction has started and should be complete within about 10 months. The interchange is being built in an undeveloped wooded area, so the plan is for economic and community development to grow there. We hope to gain large retail lifestyle centers, hotels, motels, restaurants, and smaller commercial retail establishments. It could also be an employment center also, like an office park, but not industrial.”

Because there was no access to the proposed interchange location, the city passed another sales tax to build a new roadway called White Oak Crossing – a mile of new development which included constructing a bridge over White Oak Bayou. Watson admits, “The feasibility study was first done in 1996 and when I ran for mayor in 2006, that’s what I was running on: ‘Let’s get the interchange built!’ If you’d asked me back then if it would take 12 years, I’d have said you were crazy. But here we are, and it’s just now getting under construction. There were a lot of environmental issues to get through, but we knew that the future of Maumelle was out in that area, because we’re landlocked on the south by the Arkansas River, and kind of landlocked on the east by North Little Rock, and to the west because of agricultural land. It’s more geographical than city limit lines. We could double our size in land area if we wanted to, but you want to be careful not to go past your services with annexation. We’re just now catching up with providing enough services to our citizens because we grew from 10,500 in the 2000 census to 17,163 in 2010. That’s major growth and you have to keep up with police and fire service, we want to provide a safe environment for our citizens.”

Maumelle is flush with fiber optic connectivity. AT&T, Fidelity, Verizon, Comcast, CenturyLink, and Windstream, are all offering service, so there is no problem with band width or speed. And the city just passed an ordinance to take care of the small cells. In areas, where hot spots are eating up too much bandwidth on the cell towers, a small cells (antenna) is installed, usually on a utility pole, to handle that hot spot. Typical locations are where a lot of people are waiting, for example, doctors’ offices or school parking lots.

As for recreation, activities for every age and lifestyle abound. The Arkansas River gives access to bass and other fishing and boating opportunities. Maumelle also boasts two gorgeous lakes, the White Oak Bayou, walking and biking trails, an aquatic center, softball, baseball, soccer, football, and tennis complexes, numerous parks and playgrounds, as well as basketball, walking, fitness training, and more, available indoors at the community center. Another source of pride, the city received the Arkansas Volunteer Community award a dozen times in the last 15 years; Maumelle citizens love to give back. In the words of Maumelle’s new mayor, Caleb Morris, “Whether you are looking for a new hometown or a place to start or relocate a business, Maumelle may be your perfect fit. I welcome you to discover Maumelle and to enjoy the “Best Living in America!””

What: City on the Arkansas River; population 18,214 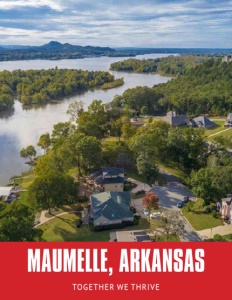