Little Sunshine’s Playhouse – Once Upon a Time is Now

Little Sunshine’s Playhouse revels in its kingdom of creative encouragement

Rochette Dahler is the first to admit that her lofty title – Franchisor – was never part of the plan. Instead, the founder of Little Sunshine’s Playhouse insists all she was initially seeking upon ramping up a childcare business 12 years ago was an ideal atmosphere for her own new arrival.

“I had just had my first daughter and really what I was setting out to do was create a program that I could be really passionate about for her,” Dahler said. “Just to support my own family and work with my own child and create this environment that I thought would be conducive for her and her future friends. I didn’t really see much past that at that point. My entire thought process in 2002 was on raising this child and giving her the best possible environment.

“That’s really how it got started.”

What it’s turned into since then is clearly something more.
These days, Little Sunshine’s Playhouse has morphed from that grassroots home business to a burgeoning national franchise that was included on Inc. Magazine’s 2014 list of the country’s fastest-growing companies – with a three-year growth rate of 108 percent, thanks to revenue that went from $2.8 million in 2010 to $5.9 million in 2013 and an employee count that’s spiked from 100 to 180. 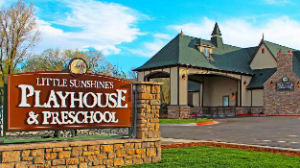 Dahler, who holds a pair of early childhood-focused degrees and is an executive certified by the International Franchising Association, now oversees all aspects of the business. She was the creative force behind two of the company’s distinctive proprietary elements: KiddieCams, which allows families to monitor children via any computer with Internet access; and LuvNotes, a secured platform through which a list of personalize daily activities and reports are available.

Each of her three children have attended the school as well.

“There was an obvious need in the market for the kind of different way I was presenting the childcare component,” Dahler said. “I just started to really realize that. The waiting list just kept growing and I had a couple people approach me wanting me to help them open schools. I helped a few friends by assisting in opening a few locations and I had a great passion for it, I loved it. When the third or fourth person approached me, I figured I was creating competition for myself and I wasn’t going to keep doing that.”

Ten schools are up and running – five owned by franchisees, five by the corporate entity – and enrollment is open and staff has been hired for another two locations whose construction timetables are near completion. A dozen more schools are in what Dahler labeled “the development stage,” which means sites are being scouted for an already-signed franchisee, or the construction process is in a zoning, permitting or bidding stage or has recently begun with ground work.
Future locations will usually be franchised out, though Dahler said a number of schools will remain under centralized control to allow the corporate team to remain connected to the entire operation.

“There’s so much behind the scenes that keeps you tied in to what’s happening operationally and you feel it in your own pocketbook on your own investments,” she said. “When you’re making decisions in the interest of the entire franchise company you’re feeling it on two sides. That’s an important component of franchising in my personal operation philosophy.”

In some cases, Dahler said, the company does go ahead and secure a location for a school in what it considers an important market before coming to an agreement with a franchisee. That has been the case recently in Sacramento, Calif., where a franchisee will be brought on during the construction process, or, if an agreement isn’t reach, it will instead open up as a corporate location.

Each franchisee agrees to sign on for 10 locations apiece, she said, and the plan is to have agreements in 40 markets across the U.S. – which would mean 400 individual schools. Master developments are also being sold in Canada, Australia and New Zealand, the latter two because the education philosophies there are similar to what’s found in the U.S. and other education franchises have been successful.

Other potential international markets, however, are not on the Little Sunshine’s radar, as of now.

“We get a ton of interest, for whatever reason, in markets like India,” Dahler said. “But those are markets we’re really not interested in developing, mostly because of dollar-factor difference.

“It would be very difficult to be able to support those developments with a corporate staff in America, on American wages, making royalties in Indian wages. We’re looking for a variety of different things. Countries that have a similar dollar value and countries that have a similar education component are good matches for us.”
The ideal prototype building in each market – though it occasionally is altered by specific local zoning regulations – includes “an Old World, European castle feel,” she said. All locations are built from the ground up, with each new location taking from two to three years to complete, with an approximate development price tag of $3 million. A typical school’s workforce is 25 employees upon opening.

Prospective franchisees are not required 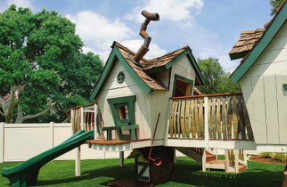 to have a background in education, but those without such history are required to hire an on-site director who does have a track record of operating a school facility, has an appropriate degree in the field and can serve as “the face of the school,” Dahler said.

“We build a smaller school than our competitors. It’s something that separates us,” she said. “We consider it a boutique-type childcare setting, where we’ve got a smaller group of children and it’s more of a family atmosphere. We do have higher tuition rates as a result, but we’re definitely catering to a specific type of family who does not want to have big-brand childcare with 300 and 400 students in the building and strangers keeping their children.

“We want to have a tight, small staff and a tight enrollment base.”

Once the students reach the classroom, the competitive separation continues.

Dahler is a big proponent of communication between teaching personnel and executive leadership, with specific online forums dedicated to training and sharing ideas across the full company spectrum.

Additionally, a proprietary curriculum was developed to be both teacher-friendly and child-driven, which she said encourages spontaneity in the classroom – with teachers preparing lessons on topics that they’re passionate about and children having the chance to mold activities to their interests.

As for the future, a perpetual commitment to excellence and teamwork remains mandatory.

“I really am not focused on how quick we can grow and how fast we can get there, it’s really more about how do we get the right people on this team and how do we do it right way and have everybody happy,” Dahler said. “Everyone has everybody’s back and is very loyal. Every franchisor hopes for that, but almost none of them truly achieve it.

“I would do it differently if I owned a tanning salon or a restaurant, but this is a very critical. It’s a business where you just have to get it right, and it’s so important that we’re making a difference.”

AvenueWest – Your home away from home 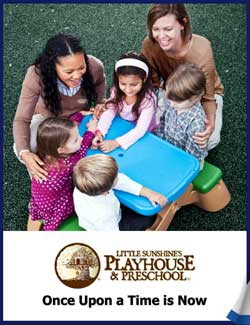