The Georgia World Congress Center – At the heart of downtown Atlanta 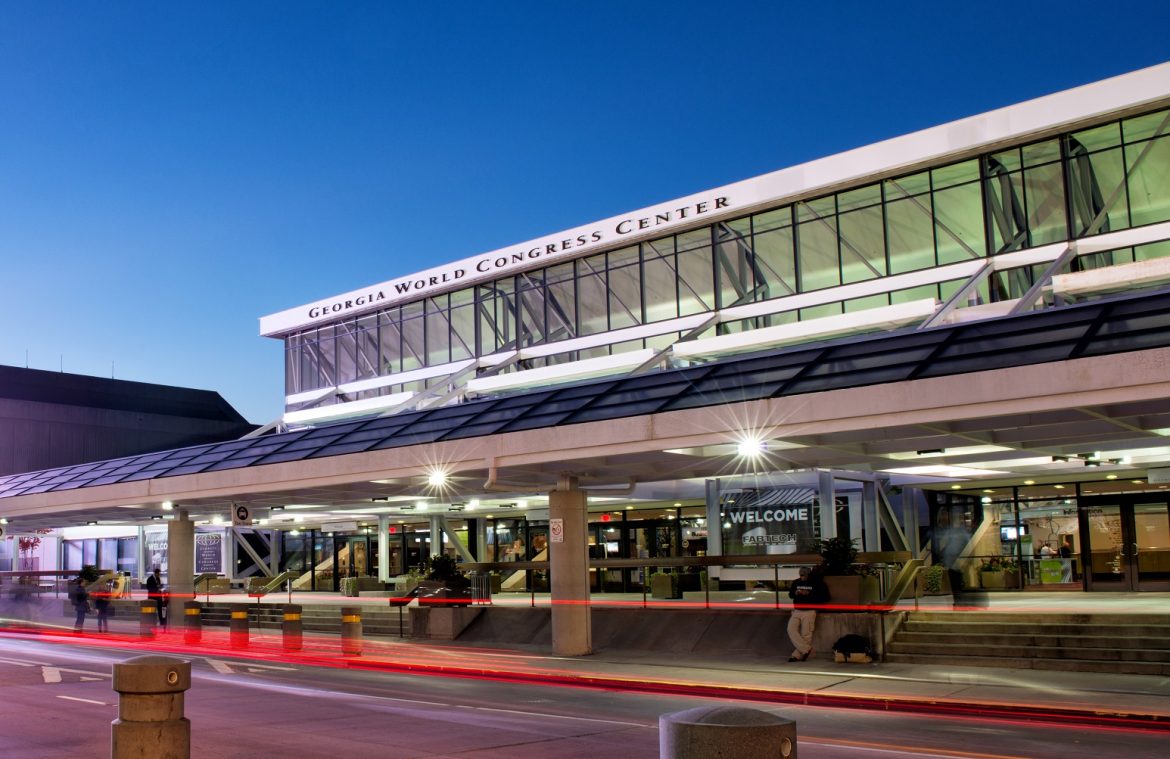 The Georgia World Congress Center (GWCC), in Atlanta, Georgia is the third largest convention center in the United States, and it’s about to get a lot bigger. The facility, which is managed by the Georgia World Congress Center Authority (GWCCA), which also administers the adjacent Georgia Dome, the Centennial Olympic Park, and the Savannah International Trade and Convention Center, initially opened in 1976 with 350,000 square feet of exhibit space. Additional phases opened in 1985, 1992, and 2002, and today, the Center has 1.4 million square feet of exhibit space and a footprint of just under four million square feet.

Starting in early 2018, with a $55 million budget appropriated by the Georgia state legislature, the GWCC will embark upon the construction of an additional one million square feet of contiguous exhibition space, a new 100,000-square-foot exhibit hall, 48,000 square feet of new meeting space, a new 20,000-square-foot lobby, and a 30,000-square-foot rooftop terrace which will include event, exhibit, and reception space. “With that contiguous space, it helps us attract some of the large, million square-foot shows,” says Mark Zimmerman, the Center’s Senior Business Consultant. “For 2019, I have already signed the Helicopter Expo, and the Heating and Air Conditioning Show – both of those shows are over a million square feet.”

Other additions to the GWCCA’s campus will potentially include the development of a high-rise, luxury hotel adjacent to GWCC’s Buildings B and C., on the former site of the Georgia Dome, as well as a brand new sports stadium. The aging Georgia Dome, which has served as the home stadium for the Atlantic Falcons of the National Football League, was closed this past March in anticipation of the August opening of the new, $1.6 billion Mercedes-Benz stadium, a multi-purpose, retractable roof facility that will be the new home of the Atlanta Falcons and the Atlanta United FC of Major League Soccer. “It’s a beautiful stadium that’s going to also help us go after big events,” says Zimmerman. “We’ve already booked the College Football Championship in ’18; we booked the Super Bowl in ’19; and we’ve already booked the Final four NCAA Basketball games in 2020.”

Inside the Center is a three million renovation of what used to be the Terraces Restaurant and is now known as the Social Table. “It’s a brand new creative concept – very inviting, very open,” says Zimmerman. “It’s at the front door of our Convention Center. It just opened three months ago and it has made a huge impression on our attendees and guests and has really enhanced our food service offerings at the Center.” Redesigned to increase the space’s versatility, the Social Table – a collaboration between the GWCCA and its food services partner, Levy Restaurants – features a full-service bar, a quick-service grille, grab and go stations, a build-your-own salad bar, USB ports, complimentary Wi-Fi, and a TV lounge.

Finally, the GWCCA will spend $25 million upgrading the Centennial Olympic Park, with projects to be completed by January 2019. They include the demolition of the Metro Atlanta Chamber of Commerce building, which will return three acres of greenspace to the park, and the revamping of the Southern Company Amphitheater, with a new pedestrian plaza on Andrew Young International Blvd. that will establish new gateways into the park.

“It’s a huge enhancement to the downtown, all connected,” Zimmerman exclaims. “You have a Convention Center that’s adding space and making it bigger and more accessible for our customers; you have a brand new $1.6 billion stadium to help us bring exciting new events to Atlanta; and you also have a brand new park that’s undergoing a $25 million enhancement. You have all of this going on next to us.”

“I think that southern hospitality is alive and well,” declares Zimmerman in summation. “And the customer is the focus of everything we do. That’s why we’re putting all these dollars and all these resources into what we’re doing.”

WHO: The Georgia World Congress Center
WHAT: The third largest convention center in the United States
WHERE: Downtown Atlanta, Georgia
WEBSITE: www.gwcca.org

Trane U.S. Inc. – Trane U.S. Inc. manufactures and markets heating and air ventilation equipment. The company, which was incorporated in 1929 in LaCrosse, Wisconsin, was formerly known as American Standard Inc.; it changed its name to Trane U.S. Inc. in November 2007, and today, operates as a subsidiary of Ingersoll-Rand Plc. Large commercial systems designed, manufactured, and maintained by Trane provide the heating, ventilation, and air conditioning for prominent buildings on every continent. The same commitments to customer service, high-performance systems, and clean air also make Trane a leader in premium residential air conditioning systems, with high-quality, energy-efficient systems and services for homes and light commercial buildings. As a leader in green building technology, Trane custom designs building systems that operate with maximum energy efficiency. – www.trane.com 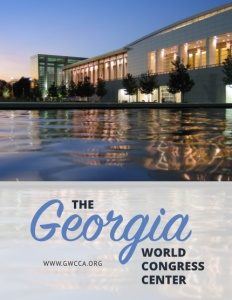