Business View Magazine interviews Larry Shaw, CEO of Ignite Fredericton, for our focus on Economic Development in the Province of New Brunswick.

Fredericton, New Brunswick wears the mantle ‘Provincial Capital’ with pride, as it looks forward to the future with an innovative, diverse, knowledge-based economy and an enviable sense of community that wholeheartedly welcomes residents, business, and visitors, alike. Fredericton is blessed with a lengthy list of attributes in the realms of culture and art, festivals and events, education, green space, heritage, and sustainability efforts. Having a vibrant community is a top priority, and it’s why the City of Fredericton values, invests in, and promotes these community-building initiatives.

Seventy-five percent of economic development activity in New Brunswick happens inside one of the large urban centers, such as Fredericton, Moncton, and Saint John. With that in mind, in 2013/14, Fredericton went through a visioning exercise which established “Ignite Fredericton” – a not-for-profit organization with a mandate to attract, retain, and support entrepreneurs, business, and economic builders in Greater Fredericton. 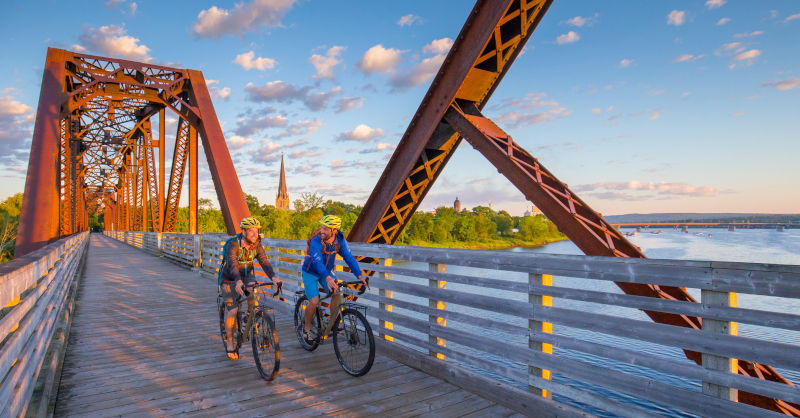 Larry Shaw, CEO of Ignite Fredericton explains, “As the provincial capital, a lot of the City’s economic development in the past came from government services. Another heavy employer was the academic sector, with a larger university and college presence in the region. So, the economy was representative of a government and university town. Two or three decades ago, the City started looking at diversification of its economy, with a keen eye on knowledge-based industry.”

In the mid-1990s, Fredericton invested in wireless infrastructure and was one of the first communities in North America to provide free, public Wi-Fi, so people could be connected anywhere in the city. That set the stage for other investments. At one point, Fredericton had over 300 miles of its own fiber in place. That enabled companies to change the way they operated, and it became a foundation for the robust, diversified economy that Fredericton is building on today.

“The Cyber Park will be the critical infrastructure that brings together all of the essential components to catapult Fredericton into a leadership position in the cybersecurity industry,” says Shaw. “A dedicated cybersecurity centre will support regional, provincial and national economic development priorities to attract new talent and businesses to our region.”

“Knowledge Park is an integral part of Fredericton’s innovation ecosystem, supporting research and development organizations and helping companies streamline product development here in our province,” adds Peter Powell, Chair of Knowledge Park Board of Directors. “As we move forward, Cyber Park will provide significant support for ongoing and future investment attraction opportunities. Thanks to the synergistic partnership between Cyber NB and Opportunities NB, this park will be the hub that brings together the sharpest minds in cybersecurity and the resources that will help them succeed.”

Word is spreading, and interest in Fredericton as an innovation hub is stepping up. IBM is expanding its presence and Siemens is locating its global cyber security center in the City, as they both work to expand their global platform for smart grid infrastructure. Shaw acknowledges, “Today, we see ourselves as a digitally-based, smart community. There’s a difference between that and a Smart City.  We just made application to the Smart City program run by the federal government, where communities are identified as Smart Cities and investments made to the value of $10 million. We are one of 20 on the short list and we’ll be moving through a pretty aggressive strategy to ensure we’re standing on the podium when that $10 million is announced.”

In the wake of all these economic opportunities, Fredericton is seeing significant growth in population and residential housing. While experiencing the upside of having the world-renowned University of New Brunswick in its midst, stability of government and academic services, and being an urban center drawing people from the rural setting, Fredericton is not complacent. City leaders see it as the groundwork for making future investments.

“Our Smart City application didn’t highlight technology,” says Shaw. “It highlighted those things we can do in the whole community from an investment perspective in a Smart City methodology. So, we partnered with St. Mary’s First Nations to make this joint application, and we also reached out to 250 people in the City for feedback on how they envisioned a Smart City. The responses were amazing. We’ve recognized for some time that if you engage your citizens in a meaningful way, the output and the decisions you get to make are much richer and stronger.”

Fredericton has been classed in the top seven Intelligent Communities in the world, more than once, yet a lot of its accomplishments fly under the radar. Shaw admits, “We don’t brag enough; even with our basic population growth strategy. We’re fully embracing population growth through immigration and repatriation retention. We work hard on settlement to make sure we’re an inclusive community where newcomers feel like part of the community and call this place ‘home.’ We put all of those related agencies in a task force model to identify gaps quickly and have everybody’s input when decisions have to be made.”

Ignite Fredericton is a catalyst agency to identify City services that are weak or non-existent and try to fill them through business counselling, networking support, immigration services, investment attraction, partnership with Opportunities New Brunswick, and local market growth through export programs. The organization has helped many companies to either locate, start, or grow in Fredericton. 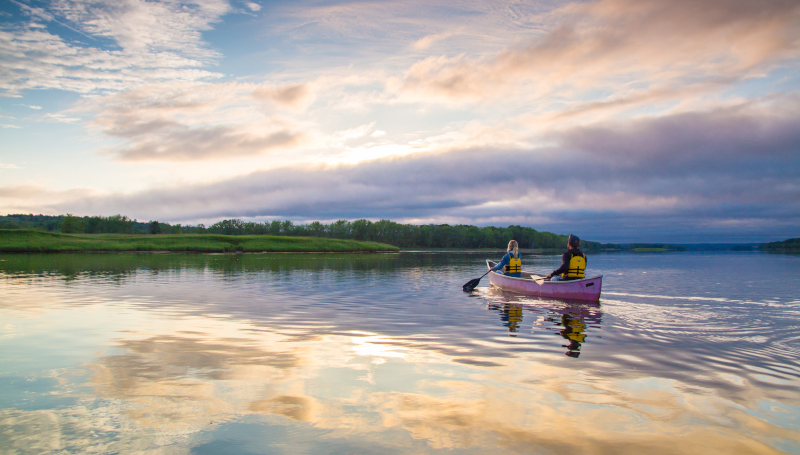 “We describe the services we provide as aligning what we do to the requirements of an entrepreneur’s journey,” says Shaw. “They start with an ideation, grow, and end up reaching maturity. Micro brewing is a great local example. The sector is booming – we have 14 or 15 in the area, so that’s moved into a tourism activity, into manufacturing, farming. We can’t produce enough hops in the province right now to serve our own industry. Who would have thought 20 years ago, we’d need a hops manufacturing facility?”

Shaw reflects on the City of Fredericton as a model for other jurisdictions to follow, specifically regarding healthcare and an aging population, and education through a technology-based platform. He shares, “When we say we’re building cyber security into critical infrastructure, that opens us up to providing services to cities, towns, large industries, power plants, rail, airports; and the economic development impact becomes much more significant. What some communities see as problems, we see as opportunities – transferring what we’re learning into an export opportunity.”

Check out this handpicked feature on Truro, Nova Scotia – Make the connection.

Fredericton has a robust and supportive ecosystem for entrepreneurs. The primary incubators and accelerators are:

Planet Hatch – New Brunswick’s flagship accelerator, Planet Hatch, focuses on mentorship, targeted programming, and networking for start-ups in all sectors. Their state-of-the-art space is ideal for companies searching for inspiration and collaboration.

The Hive – Through the Fredericton Chamber of Commerce and provincial government, Canada’s first Business Immigrant Mentorship Program (BIMP), has expanded to create an incubator for immigrant entrepreneurs. 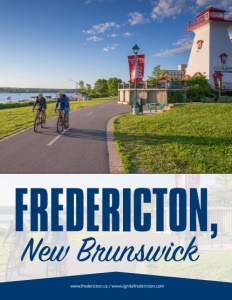