Once the site of the first armed conflict of the American Revolutionary War, modern-day Dracut, Massachusetts still brings forth intimations of its past, but in much more peaceful, compromising ways. From its heritage-protected rural landscapes to its handsome historic houses, it’s the kind of New England town that can make you homesick for a place you’ve never been.

All Dracut farms are privately owned and some are under permanent protection either with the State Agricultural Preservation Program (APR) or a Conservation Restriction. Dracut’s historical preservation is also an area the Town has invested in, as evidenced by the re-location and renovation of a historical building that is regularly used by the community. “We are committed to encouraging and facilitating the preservation and appreciation of Dracut’s natural farm and recreational lands,” says Town Manager, Ann Vandal. “By working with municipal and state organizations we strive to integrate local conservation and environmental goals with state and regional initiatives.” 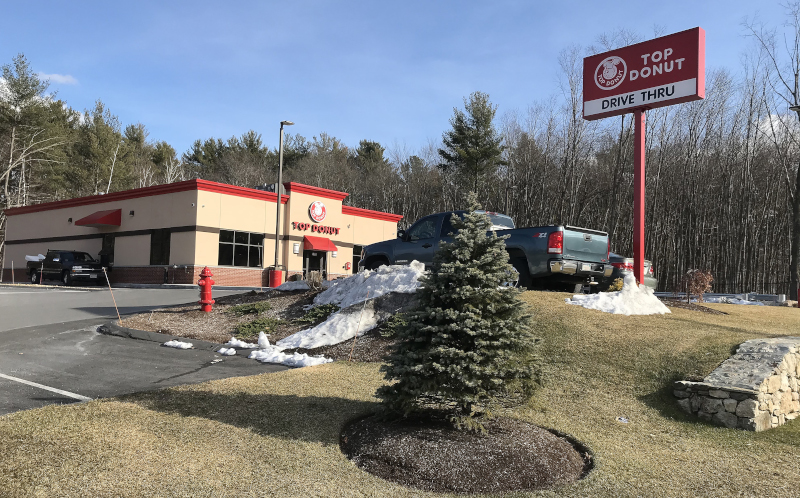 Situated just 25 miles northwest of Boston on the border between Massachusetts and New Hampshire, Dracut is one the largest towns in Massachusetts to still be governed by an open town meeting – a form of regional assembly in which local, qualified voters act together as the town’s legislature. In 2001, Dracut adopted the Community Preservation Act (CPA), a state law that permits residents to vote to add a surcharge onto their existing property taxes for the purposes of protecting local landmarks and preserving the historical heritage of the town. To date, over $2.35 billion in CPA funding has been raised on 12,000 projects throughout the Commonwealth of Massachusetts. “It’s been a high priority for the community to continue funding these critical projects,” says Town Manager, Ann Vandal. “The CPA has really made a major impact in allowing us to move forward with certain purchases that the general fund wouldn’t normally pick up.”

GreenStar Herbals was one such project; in collaboration with Vantage Builders Inc., a metro Boston-based design-build and construction management firm, they converted a World War II-era woolen mill on the Merrimack River into a 13,000-square-foot, wooden-floored, steel-beamed cannabis dispensary.

“The Town meeting approved the cannabis retail, distribution, and production business, so we currently have four marijuana facilities on the books,” shares Vandal. “When the town put to a vote whether we were going to allow marijuana into Dracut, we also proposed that the cannabis facilities be restricted to industrial-zoned properties and lands. A lot of our mills happen to be in that existing industrial zone. GreenStar’s owner invested about $8 million into his mill to get things up and running. It’s a beautiful facility. Very well run. Very professional.”

“These cannabis companies have also committed to doing job fairs within Dracut,” adds Alison Genest, a Member of the Board of Selectmen. “They’ve promised to give the majority of their positions to Dracut residents, which is a sign of a good corporate partner.” The Board of Selectmen has so far authorized four special permits and licenses for retail marijuana outfits: GreenStar Herbals, Lazy River Products, BKPN and New England Craft Cultivators. And Green Thumb Growers, a marijuana cultivation microbusiness operating out of the former Butterworth building on Lakeview Avenue, is scheduled to open soon. “The marijuana investment in the town is really not small money,” emphasizes Tony Archinski, a voting Member of Dracut’s Board of Selectmen. “It isn’t just storefront selling, either. We’re talking about an economic development tool that we’re all benefiting from.” 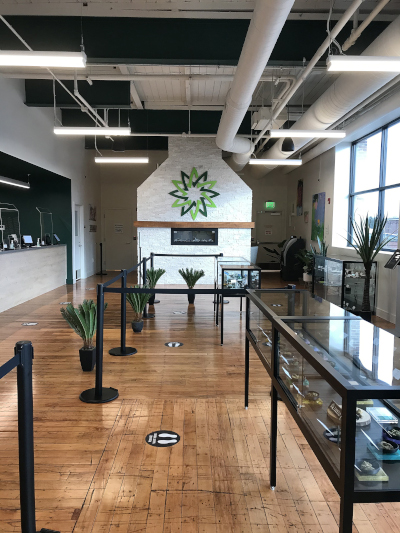 Genesis Healthcare has not begun construction due to the pandemic and other extenuating circumstances, but they have extended their permitting, so they are expected to move forward.

“Our previous Town Manager and I made the conscious decision to move forward with economic development in the healthcare industry,” says Vandal. “We have quite an elderly population which continues to grow, and so that’s been one of our focuses. Getting over the bridge to Lowell, where a lot of the physicians and hospitals are, can be difficult for those residents. We’re trying our best to provide as many services in town as we possibly can so that they don’t have to get in their car, trek across town, and deal with city parking.”

The neighboring city of Lowell (pop. 111,000) sits across the Merrimack River from Dracut. It’s home to Lowell General Hospital, Encompass Health Rehabilitation Hospital, and an array of preventative healthcare services. Vandal says they’re currently working on a Mammoth Road development in Dracut to bring some of those same medical, dental, and health care services closer to home.

Also down the pipeline for Dracut is the Town Hall Annex project, developed by the Coalition for a Better Acre, in partnership with Veterans Northeast Outreach Center and Veterans Assisting Veterans. Vandal recounts, “When we built the new Town Hall six years ago, we put several town departments, including Building and Board of Health, under one roof. In doing that, we emptied buildings like the Town Hall Annex located next to the first Town Hall.” The core of the Old Town Hall was constructed in 1883, with additional wings added in 1939. The building served as the center of town government for about a century but has now been demolished. Dracut has committed just over $1.2 million in CPA funds to preserving the adjacent Annex building. Originally a two-room schoolhouse, it will be repurposed as affordable units with a preference for veterans as future residents. The Town Hall Annex is about half a mile away from the new Town Hall; it previously housed the Building, Recreation, Conservation, Engineering and Board of Health, all of which are now in the new building.

“We’re working towards nine units, with 70% of the membership being constituted by Dracut residents,” says Vandal. Although residential construction in various capacities is on the rise, Vandal insists that the town is advancing these projects with sustainability and community in mind. She notes, “We do have a couple of major 200 to 300 unit developments coming in. Those are obviously going to increase our population and shift an additional burden onto our schools, so that’s an area we’re keeping our eye on. When housing developments come in sets, with one- or two-bedroom units, that’s not as much of an impact on the town. But when you get to three, four, and five bedrooms, now you’ve got to ask yourself, ‘How is this going to impact public safety? How is it going to impact education?’ There’s a lot more thought that goes into it at that point.”

The economic development process in Dracut involves a similar balancing act. According to Archinski. “Since the day I was elected, I’ve felt the struggle between wanting to keep the town rural and generating enough growth so that the tax burden doesn’t fall on the homeowners. Ultimately, I think we’ve done a good job finding and maintaining that balance. You can drive down one of the main roads in town and still see farms because we’ve elected to keep our industrial area tucked off to the side.” Genest agrees, noting, “That’s one of our biggest draws. People come to Dracut because they love the small-town feel, the agriculture, and the ruralness of the community. As much as we’ve grown over the past several years, we still have that hometown feel about us.”

A shared vision for Dracut’s near-term future includes more family-friendly amenities and entertainment options that would persuade residents and existing businesses to stay local. “I’d like to se a large indoor/outdoor seasonal facility, like a YMCA,” says Vandal. “We’re going to continue bringing business into town, but keeping it zoned properly,” adds Archinski. “If you’re willing to locate your business in Dracut, we can offer you a tax break. We’ve got a state-funded Tax Incentive Financing program that will pay half of your business taxes for five years, to offset some of your development costs. Basically, we developed a whole little neighborhood that way, one that was really low impact relative to services. That’s what I’m looking at, going forward. That program did us a lot of good.”

A description of Dracut would not be complete without highlighting the work of the many community volunteers in a variety of capacities. These volunteers contribute vast amounts of time and effort serving on more than 50 boards and commissions that play an important role in the town’s success. Speaking to the special qualities of the town, Genest shares, “We might all be biased because we’ve been here for a long time. But really, Dracut is an awesome community to live in.” Archinski chimes in with his own personal sentiment, “I wasn’t born in Dracut, but I’ve been here about 40 years. I tell everybody: ‘I wasn’t born here, but I got here as soon as I could.’”

Lowell Five is a trusted community bank that provides comprehensive loan, deposit, insurance, and investment products for individuals, businesses, municipalities, and non-profit organizations across 16 convenient locations throughout the  Merrimack Valley and Southern New Hampshire.  Lowell Five is a locally governed and managed full-service Bank with 165 years of proven strength and stability.

CN Wood has partnered with municipalities for almost 60 years. Our sales team makes sure customers get the right equipment for their applications. Our service department, road technicians, and parts department are here to help throughout the life of the equipment. With CN Wood, you are never alone!