Ideally located in Tazewell County on U.S. Route 24 and Illinois Route 8, Washington, Illinois, is a family-oriented city that offers a high quality of life with many amenities. Its status as a vibrant, welcoming community is supported by excellent schools and a diverse parks system with a bevy of recreational activities available. The municipality also boasts safe neighborhoods where community members are actively involved and work alongside the municipal government to ensure the city thrives. Known for being fiscally responsible, the local administration focuses on balancing quality of life improvements with smart financial management to keep taxes low.

Jon Oliphant, Washington’s Planning and Development Director, believes the city has so much to offer current and potential residents and businesses because of its diverse offerings already in place and those they are planning to finish. He acknowledges, “We’ve got a really strong mix of amenities that families look for when searching for a place to live, and so we like to keep building on those, but maybe more importantly from our standpoint is to be able to find some of those amenities a community like ours typically doesn’t have.” The unique community is one of the oldest in the state and has a historic downtown that brings the core area to life with boutique shops, restaurants, and other small businesses. The city is also a retail hub for surrounding small communities and Oliphant believes that’s one of the many reasons Washington has become “a community that people throughout the region have looked to as a desirable place to live.” 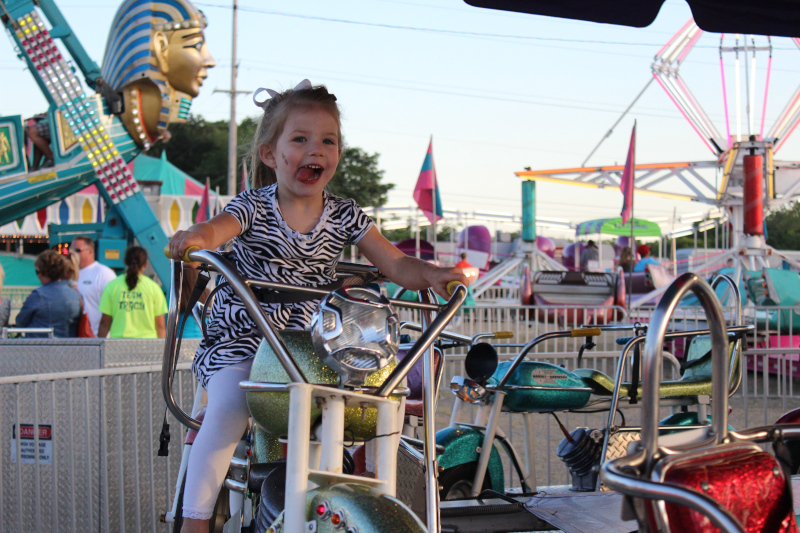 The city was founded in 1825 by North Carolina-native William Holland, Sr., who came to the Peoria area (then called Fort Clark) after being hired by the U.S. government to provide blacksmith services to the local Indigenous community. During his life, Holland was married three times, and was the father of 21 children: 14 by his first wife and seven by his second wife. He had 82 grandchildren and 50 great grandchildren and died in Washington, Illinois on November 27, 1871 at the ripe old age of 91. The post office (and later the city) was originally named Holland’s Grove in 1833 before it was renamed in honor of the first U.S. President, George Washington, in 1837. In the 1920s, George Heyl put Washington on the map as the home of the famous Heyl Pony Farm. Some of the original barns still exist on North Main Street. The Heyl Pony Farm supplied Shetland Ponies to buyers around the world. When Heyl died in 1932, it was recorded as one of the largest funerals ever held in the city.

Fast forward to 2021… Washington is home to about 16,600 residents and is a bedroom community for Peoria. The municipality is now working to create a 20-year comprehensive plan for the city, including its infrastructure, trails, green energy, economic development, growth strategy, and residential development. Input from the community, consultants, and local stakeholders will come together to give the municipal government a guiding document to help steer the city. Some projects had previously been put on hold and those will be part of the plan going forward.

Oliphant emphasizes that the community wants to see growth done in a responsible way. He relates, “For the most part people are generally willing and wanting of some growth, certainly the comprehensive plan will help identify that. Where they want to grow, to what degree they want to grow. It’s been 20 years since we’ve had a plan done and in that time we’ve had a substantial amount of growth, more so during the first half of the life of that plan as compared to this decade, but overall there’s still been a lot of growth here. And I think there is a desire for the community to grow, but I think the big question is going to be how are we going to grow? How are we going to manage growth and do it in a way that is going to be sustainable both from a land use, as well as a financial perspective. So, it’s really a good time for us to be considering this.”

Civic Art Works, a consulting firm out of suburban Chicago, is leading the creation of the comprehensive plan with a team of five other consulting firms that specialize in everything from architecture and economic development to planning and communications. The company intends to consult with community members, business owners, and all interested parties to find out more about the direction that the community sees Washington going. The municipality also uses Davis and Campbell for their legal needs and Oliphant touts them as “doing a really good job for us.” 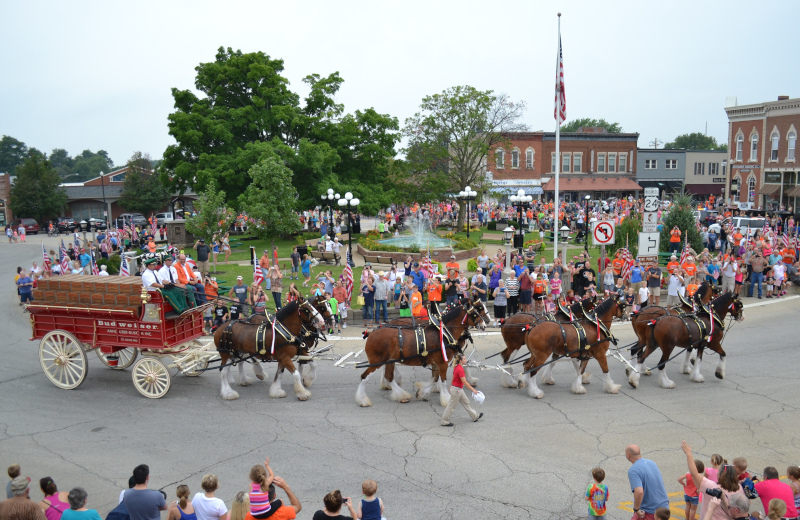 The city has three large infrastructure projects on the go right now, including working toward getting a 223-acre section of city owned property shovel-ready for development with waterlines, grid service, and building roads to access the entire property. The second project is happening on Freedom Parkway, which is the large-scale corporate retail sector. The city is in the midst of plans to prepare a site for development for light industrial and/or more retail in that area.

From an environmental sustainability aspect, Oliphant acknowledges, “The City Council has been very supportive of staff creating green projects with trails and multi-modal connections. These initiatives have connected our neighborhoods with trail systems. Those neighborhoods are now very safe places to live and were rated by Neighborhoodscout.com as having a crime rate lower than 44 percent of other communities in Illinois. When the site compared Washington to other cities of a similar size, it found Washington has a crime rate that is noticeably lower than the average.” The city has so many trails that Oliphant knows his staff struggle to come up with more park and trail projects. But he notes, “Our recreation trial network is intended to be green, old school green.”

The city has also encouraged residents to do their part by participating in residential solar and green energy projects. According to Ray Forsythe, City Administrator, “Within the Freedom Parkway project they’ve incorporated many sustainable aspects, including bioswales. So I think we’re making a diligent effort to look after the environment.” Bioswales are vegetated open channels designed to concentrate and convey stormwater runoff while removing debris and pollution and prove an effective asset for stormwater management.

The third project is reconstructing the US Business 24 retail corridor and likely removing the median to allow access to businesses on both sides of the road. Oliphant believes this is going to make a great difference for the city and local businesses. He states, “It’s now a matter of when, and not if, that road is reconstructed and it’s a significant project. Beck Oil has also located along that stretch of road and is constructing a new gas station and convenience store where two derelict structures used to reside. This substantial project should be finished in the spring of 2021. I’m excited to see how it changes the look of the road.”

Over the next three to five years, the city hopes to have those infrastructure projects completed and implement a significant economic development plan to offer more companies incentives to locate in Washington. The goal is to also welcome new citizens to embrace the progressive and diverse flavor of this growing community.

Foxborough, Massachusetts – The Gem of Norfolk...