Greeneville is a town in, and the county seat of, Greene County, Tennessee that lies in the foothills of the Appalachian Mountains, between the Tri-Cities (Johnson City, Bristol, and Kingsport) and Knoxville. The town was named in honor of Revolutionary War hero, Nathanael Greene, who was the Commander of the Continental Army in the southern theater and considered General Washington’s most gifted and dependable officer. 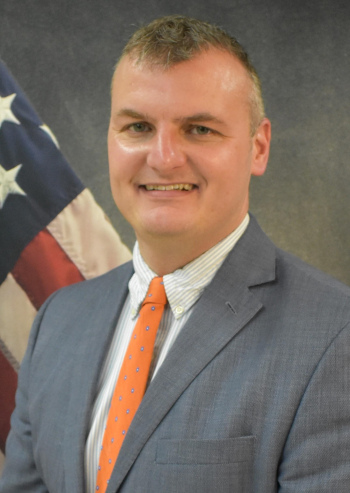 Greeneville is mostly known as the town where Andrew Johnson, the 17th President of the United States, began his political career. The itinerant tailor served many positions before becoming Abraham Lincoln’s Vice President. He was Greeneville’s mayor, he served in the Tennessee legislature as both a representative and senator, he was a U.S. Congressman, the Governor of Tennessee, and a U.S. Senator, as well. The Andrew Johnson National Historic Site, located in town, was listed on the National Register of Historic Places in 1963. Contributing properties include Johnson’s tailor shop at the corner of Depot and College Streets; Johnson’s Homestead on Main Street; and the Andrew Johnson National Cemetery (atop Monument Hill to the south). In addition, a replica of Johnson’s birth home and a life-size statue of Johnson have been placed across the street from the visitor center and tailor shop.

Today, Greeneville has a diversified economy with three industrial parks, hundreds of businesses, and a thriving tourism industry based largely on its proximity to the Smoky Mountains and the presence of the Andrew Johnson National Historic Site. “Historically, we were a large tobacco center until the tobacco industry went south,” says City Administrator, Todd Smith. “That’s when some of the smaller manufacturing companies came to Greeneville to fill in the gap. Our tax base is largely residential; we don’t have that one large manufacturing firm in town, but we’ve got a number of small- to medium-size manufacturing companies in town. We also have a federal courthouse, which covers all of Upper East Tennessee, and we have a national cemetery, where President Johnson is buried. So, there are not many other towns of our size that have the federal footprint that we do.”

With a population over 15,000, Greeneville is now looking to attract more residents to its downtown. “Millennials are looking for that urban downtown feel, but so are Baby Boomers and retirees,” Smith notes. “And what I’ve learned in my 15 years in local government, what drives downtown redevelopment starts with residential projects. Once you get a core group of residents downtown, they demand services – restaurants, stores, and entertainment – and that drives your other business opportunities.” 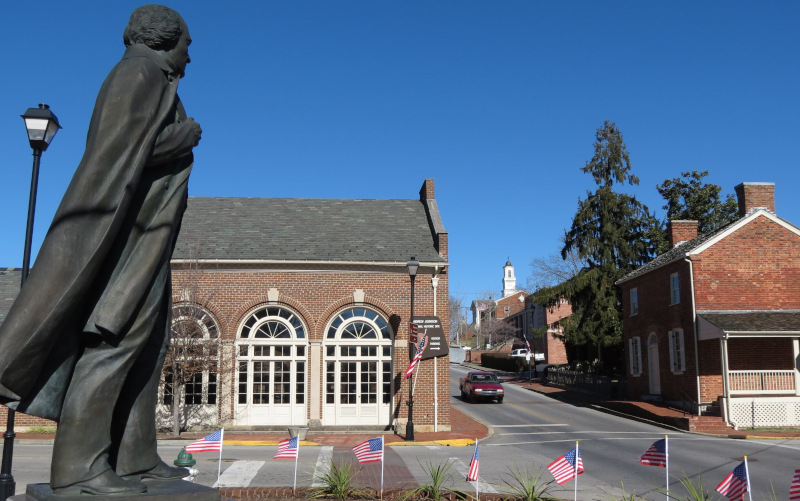 Greeneville is a Presidential town, home of Andrew Johnson

So, the town has adopted the first phase of a long-term, downtown development plan. Phase One, currently in the design stage, aims to redevelop two-and-a-half blocks of Depot St. with new sidewalks, new lighting, and upgraded underground utilities, giving it an entirely new look. “It’s going to be about a 12-16 month construction project anticipated to start in April,” Smith reports. “Overall, we’ve got three phases of this project. It’s probably going to be a seven-to-ten-year project and a pretty significant investment in our community. We are paying for this first phase out of our general fund, and we’re hoping to supplement that with a Tax Increment Financing (TIF) program. A couple of years ago, we initiated a downtown TIF District, and part of its purpose is to fund these public projects.”

Smith adds that future development could also take place in a designated federal Opportunity Zone (OZ), located in the north part of town. “Unfortunately it is right outside of our downtown redevelopment zone, so I think the biggest opportunity for us is that our airport is in the OZ. We put close to $10 million into our airport in the last five years, including an improved runway and some access roads. So, I think the OZ is a real tool that we’re going to use as the airport continues to develop.”

Another project on the town’s agenda is an upgrade to all its traffic signals. “Our Board of Aldermen approved a comprehensive signalization project for all of our traffic signals in town, which will be converted to a smart signal system,” Smith reveals. “It’s a critical issue that’s developed over the last 30 years. The signals are just a mish-mash. So, we’re in the design phase of getting a technology that’s going to fix it for us. It’s a year-and-a-half project.”

On the sustainable front, Smith notes that the town’s police department is moving quickly to replace all of its gasoline vehicles with ones that run on propane. “We’ve got a plan to get them all converted in the next six to nine months,” he says. “It’s been very good for us; it saves us money, and it’s a cleaner-running fuel, as well. So, it’s been a very successful program and we’re very proud of it.”

Smith admits that growth in Greeneville has been very slow – a mere one percent, or so, per year, for the past few decades. But he believes that the town has much to offer, including two institutes of higher learning: Walters State Community College and Tusculum University; two hospitals: Greeneville Community Hospital East and West; two major performing arts venues: the Capitol Theatre and the Niswonger Performing Arts Center; a vibrant, retail shopping center that was recently redeveloped; as well as museums, parks, historic homes and churches, quaint inns, public golf courses, restaurants, and, of course, the Andrew Johnson National Historic Site. “And,” he says in conclusion, “we’re looking for that next opportunity for growth.”

*Photo at top: Dickson-Williams Mansion is one of the Civil War historic sites in Downtown Greeneville.

WHERE: Greene County, in the foothills of the Appalachian Mountains

Since 1967, Vaughn & Melton has become a leading engineering firm in the Southern Appalachian Mountain Region. We use our passion and expertise to create safe, sustainable infrastructure so people in the communities we serve can live more comfortably, safely, and enjoyably. Visit us online to see our work and consider us when working toward achieving your vision for growth. We will help you keep commerce and community moving forward.