The site of today’s Tooele City, Utah was originally the traditional territory of the Goshute Shoshone people, who had lived on the land for many years prior to settlement. It was 1849, when three Mormon pioneer families set up homesteads in the area, leading to the migration of more settlers and the incorporation as a city in 1853. Through the 19th century, Tooele was a successful agricultural community, and many of its founding families have descendants who are still part of the city now.

With the introduction of railroads, the community grew to a population of 5,000 by 1930 – bringing much diversity to the area. World War II brought change to the city once again, when military bases became part of the Tooele landscape. In 1942, Tooele became home to the 25,000-acre Tooele Ordnance Depot, acting as storage for weapons and other supplies. Now a community of close to 36,000, Tooele City is undergoing another transformation with the advent of new industry, housing, and opportunities, while preserving their reputation as a prosperous, vibrant, and welcoming city.

Jared Stewart, Economic Development Director shares, “There’s a lot of collaboration in Tooele City. That’s what I think is one of the things that’s most attractive about it. We are not a big city but we’re really growing. We still have the capacity to know each other, and talk to each other, and collaborate easily.” As one of the fastest growing cities in the United States, Tooele is currently transitioning from a bedroom community, where many residents have been commuting to nearby Salt Lake City for work. 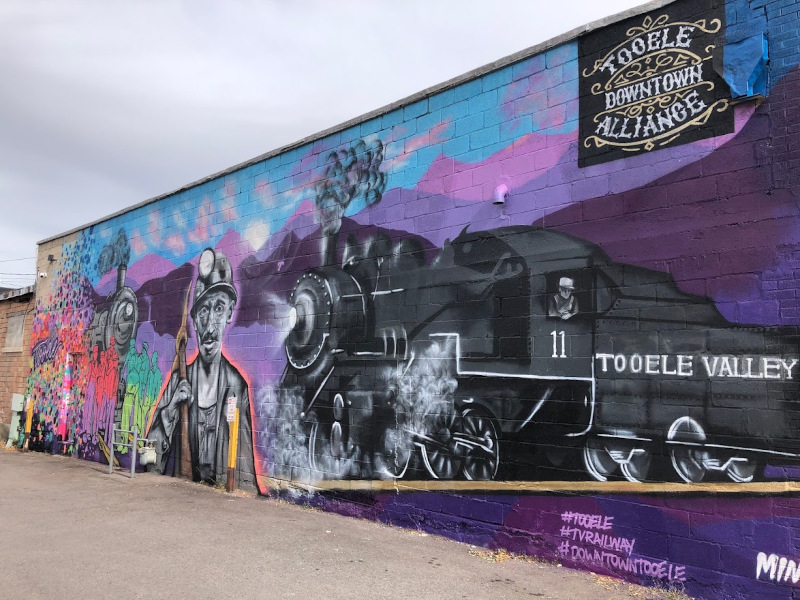 Tooele City Councilmember Maresa Manzione explains, “Since the price of housing has been cheaper than in the larger cities, more and more residents have come to buy a house here and that has changed the landscape of the community to one that is less rural. The people who live in Tooele City are excited to maintain the rural feel, but looking forward to more commercial growth and employment opportunities where they can stay to work, rather than commute.”

The Tooele City Redevelopment Agency recently sold some larger parcels of property for commercial development, while also creating new zoning designations to accommodate anticipated growth. As Manzione describes, “In preparation for making the best things happen for the city with the development of these properties, City Council has been working on some new and updated policies. One of these is the ability to create Residential Special Districts and Commercial Special Districts. RSDs and CSDs are used on larger parcels and allow for some outside-the-box thinking with a diverse zoning area that fits in with surrounding areas, but could be more mixed use.”

Currently in the planning stages is a 300-acre, light industrial park, a project which has the potential to bring new opportunities to the community. Stewart notes, “There is a Union Pacific line adjacent to the site. Right now, they are in the due diligence phase, where they’re working with Union Pacific to make sure they can get rail access. They are already meeting with businesses to hopefully attract them to come. That’s very exciting, because it’s really healthy for our economy to have people working locally.”

As a primarily blue-collar community, Tooele City welcomes larger companies such as Plastic Ingenuity, Carvana, and KCC International, and is encouraged by how residents are taking advantage of these employment opportunities. “They’ve had remarkable success hiring locally, they don’t have to have somebody drive from 30 minutes away,” says Stewart. “That’s exciting because it verifies that we do have a latent workforce here that wants to work and live locally. If you can reduce your commute by 30 minutes that improves your quality of life so much.”

Working in partnership with Tooele Technical College, the city ensures a skilled workforce is available to local industry, through a variety of learning opportunities. Custom Fit, a program offered through the college, provides Tooele Valley employers 50% of the cost of training and retraining, including instructor and registration fees, as well as books and materials. Stewart states, “Tooele Technical College is a gem. They are good partners for the community, letting residents use their meeting rooms and spaces. The college is a huge influence in our local economy, because businesses can take advantage of the Custom Fit program. So, really, no business should be paying 100% of their training costs in the Tooele Valley.”

He adds that the city has taken advantage of a $50,000 Federal EDA grant, partnering with Custom Fit to further stretch the funding and offer learning opportunities to community businesses. “We have done classes on bookkeeping, how to get products on Amazon, how to do digital advertising on Facebook and Instagram. There are tons of mom-and-pop home-based businesses here that just don’t know how to run a Facebook ad effectively. So, we’ve been helping them learn.” 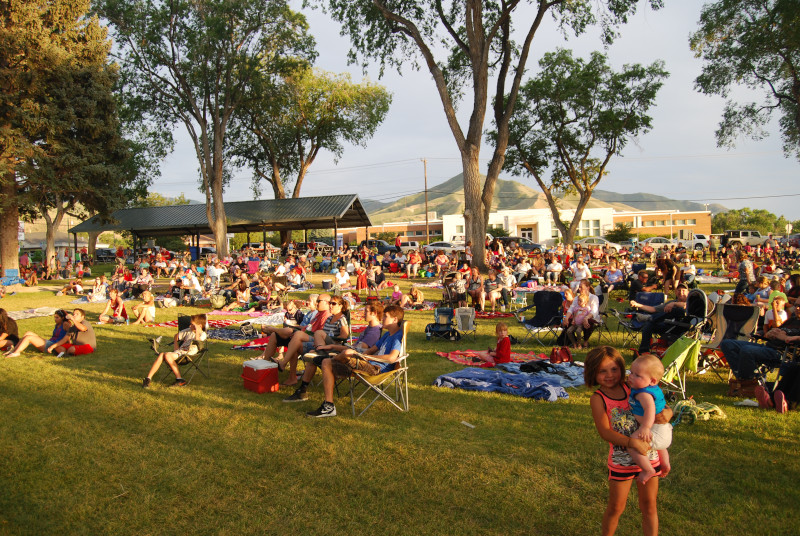 As Tooele City has noted a high rate of growth over the past few years, building permits have also shown a huge increase. Stewart recounts, “Building permits are up 150 or more percent year on year for the last couple years. There’s a lot of construction happening, our building permits are higher than ever, but just like everywhere else in Utah, and all over, our supply is not meeting the demand. It’s interesting, because we feel very rural when you’re here, but because we’re so close to Salt Lake, our housing market really kind of mirrors that of the Salt Lake Valley. It is more affordable in Tooele than the Salt Lake City market, but we’ve kind of seen the trends go the same direction.”

Traditionally, single-family home development has been the trend in the city, but there are some smaller apartment complexes being introduced. “There’s certainly new growth in a denser housing environment here,” Stewart says. “High density doesn’t mean eight-story anything. Something that is three storeys is very dense for us.” Mixed-use development is happening in Tooele City’s historic downtown, an area of the community that is currently being revitalized. Two building owners have converted their buildings to incorporate housing units. Another is in the permit process to add small, 500 square foot apartments. Stewart shares, “That’s a really good thing, especially in our downtown. The infill development is exciting. That’s what we want, because the infrastructure is already there. Roads, water, sewer, that kind of thing to accommodate growth in the downtown and infill areas.”

The Tooele Downtown Alliance was recently formed to help attract new investment, organize events, and promote the downtown to residents and visitors to the city. This volunteer group is made up of small business owners with support from city staff. Manzione reports, “I am encouraged by the Downtown Alliance group’s fresh ideas for revitalization – things like farmers’ markets, murals, decorated buffalos, and consolidated advertising. A thriving downtown area is a great indicator of a city’s health. Ours is looking healthier and healthier.”

Tooele City has also signed on as one of seven communities in the Utah Main Street Program – a state-funded program to assist communities with downtown revitalization efforts. As part of this Main Street initiative, businesses can apply for grants to put towards improvements. Stewart explains, “These businesses can redo their roof, put a new HVAC system in, update their facades or electrical with this grant. There are several property owners that have really cool historic buildings, and they’re only using the ground floor. They have two or three stories above that have water damage from old roofs, things like that. They can’t use that space right now, but with this grant I expect that we will see some investment to be able to improve the use of those spaces. In early February, five properties received grant funding for improvements, for a total of $160,000 of new investment into the Tooele City historic downtown.”

As Tooele City continues to invest in community growth, revitalization, and business attraction, Stewart believes this will move the city in the right direction. He shares, “In the next few years I want to see a reverse in commute trends. I want people to be coming into Tooele City rather than leaving it. We need to keep going on trails, keep making sure that people can succeed here and have jobs but also that businesses can succeed and be profitable.”

What: A small city poised for growth; population 36,000