Based in Piqua, Ohio, with branches in the communities of Dubuque, Iowa and Louisville, Kentucky, Isaiah Industries, Inc. is a collection of metal roof brands and permanent roofing solutions for homes and buildings across North America and the world. Its products are presented and packaged for the end user by architects, homeowners’ associations, architectural review boards, condominium management groups, general contractors, and a nationwide network of dealerships. The company’s low maintenance, durable roofing systems offer sustainability, energy efficiency, and beauty. Its name was chosen as homage to the Biblical prophet Isaiah. 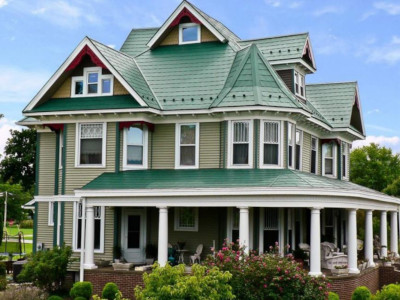 Isaiah Industries, Inc. was founded in 1980, but the roots of the business go back a lot further. The following timeline reflects the evolution of the company, as well as the inventions and innovations in metal formulation that made its present manifestation possible:

1901 – United States Steel Corporation was founded, ushering in the modern day mass production of steel in continuous coil form for many industries and purposes.

1936 – Birth of Donald E. Miller, founder, in Elida, Ohio. Don was active on his family farm and attended Ohio Northern University, majoring in Mechanical Engineering. He held a variety of positions in the packaging, transportation, appliance, and building products industries and always had the entrepreneurial bug, owning two different businesses before the age of 40.

1945 – Commercial development of continuous coil coating as a way to apply paints and colors to the surface of metal. This technology is at the root of today’s technology which allows metal roofing and other products to be produced from pre-painted aluminum and steel.

1959 – Development of the Rustic Shingle product line by Kaiser Aluminum.

1964 – Development of the Rough Shake product line by Kaiser Aluminum.

1965 – Development of the Classic and Shadowcrest aluminum shingle lines by Reynolds Metals.

1972 – Don Miller begins working for the Stolle Corporation in Sidney, Ohio which later became a division of ALCOA. One of his early projects with the company was to develop high speed stamping and deep drawing equipment for the original two-piece aluminum beverage can.

1980 – Isaiah Industries, Inc. was formed as Classic Products, Inc. to be a manufacturer of residential vinyl siding. Late that year, when the Rustic Shingle and Rough Shake aluminum shingle product lines became available from Kaiser Aluminum, the decision was made to acquire those lines and enter the roofing industry instead of pursuing vinyl siding.

1981 – Equipment and tooling for the Rustic Shingle and Rough Shake aluminum shingle product lines, as well as for a variety of accessories, siding, soffit, and fascia is moved from the Kaiser Aluminum plant in Toledo, Ohio to Classic Products in Piqua, Ohio. Todd Miller begins working part-time at the company in manufacturing while a high school junior.

1982 – Classic Products introduces its Weathered Wood color series as an option on Rustic Shingle. This was the first multi-hued metal shingle ever developed.

1985 – Classic Products commissions the Florida Solar Energy Center to study the energy efficiency of formed metal roofing. The results corroborated what customers had been saying for many years – formed metal shingles result in lower attic heat gain as well as energy savings.

1990 – Classic Products aggressively expands its export business to Canada, Japan, and several Caribbean countries. Over time, the company’s exports would grow to be 40% of total sales.

2000 – Working in partnership with BASF, Classic Products develops its proprietary ThermoBond PVDF powder coating, bringing realistic and natural texture, looks, and color variation to the metal shingle industry. The ThermoBond finish is developed as an alternative to stone coatings which the company does not wish to pursue. At this time, the company converted the former Reynolds Aluminum Classic Shingle into the TimberCreek Shake steel roofing product, later renamed KasselShake, offering ThermoBond as a primary color option. Company develops the low profile Oxford Shingle product line based upon one of its original products, Rough Shake.

2002 – Classic Products is the first major producer of residential metal roofing to begin using heat-reflective pigments in its coatings, putting the energy efficiency of metal roofing on the map and, eventually, leading to the federal tax credit for reflective roofing. 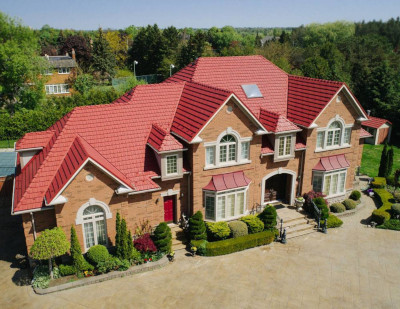 2006 – Classic Metal Roofing Systems of Kentuckiana, based in Louisville, KY is established as the company’s one “company store” which both sells and installs the company’s products in Kentucky, as well as southern Indiana and Ohio.

2010 – Classic Products, Inc. registers its name change to Isaiah Industries, Inc. to reflect the company’s growth and expansion with various divisions. The Isaiah name was chosen after the great Biblical prophet Isaiah, reflecting the owners’ Christian beliefs, and to remind its entire team that it is about more than just producing, selling, and shipping product. The company is committed to having a positive impact on the world and building meaningful relationships with all whom it encounters.

2011 – Isaiah Industries, Inc. and associated companies were purchased from Donald Miller (founder) by his son, Todd Miller, and Kelly Joseph.

2012 – The Great American Shake production line is relocated from Houston, Texas to the main manufacturing plant in Piqua, Ohio.

2014 – Company acquires the name and rights to the RoofAquaGuard family of high quality roofing underlayments and membranes. Death of Donald E. Miller, founder of Isaiah Industries, Inc. The company introduces its Residential Metal Roofing Executive Report, designed to raise the level of the entire industry by educating contractors as to the benefits and installation of metal roofing. Isaiah Industries continues its leadership position in coating technology by expanding its high-def “Cedar” print coat offerings on the KasselWood, Centura, and Great American Steel Shake product lines while introducing the Slate Rock patterned colors on Centura, KasselWood, and Oxford Shingle. This marks the company’s entry into the fast-growing slate look-alike product niche.

2015 – All metal roofing product lines manufactured by Isaiah Industries are granted “Premium Certified” status by Metal Construction Association. Isaiah is one of only five manufacturers with any products approved by this program that recognizes quality in raw materials, production, and processes.

Today, Isaiah Industries distributes its roofing systems and accessories via the following brands: Classic Metal Roofing Systems, Kassel & Irons, Green American Home, RoofAquaGuard, and ARS Metal Supply. One of the company’s core values is: Environmental consciousness through ecologically sound operations and products. It is committed to being good stewards of the world God created, passing it lovingly on to future generations of His people.

WHAT: A manufacturer of classic metal roofing systems

WHERE: Headquarters in Piqua, Ohio

Since 2008 I’ve safely been providing transportation throughout USA-Canada.

I consider my customer relationships a privilege delivering great results through integrity, experience, and transparency.

Thank you Isaiah Industries, it has been an honor to work with you for the last 10 years. 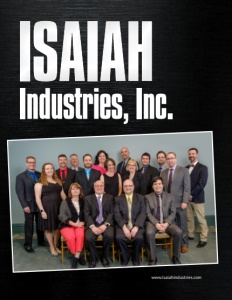