Dublin, California, is a suburban city of approximately 64,000, in the San Francisco Bay Area’s Tri-Valley region. Its nearest neighbors include the town of Danville, the cities of Livermore, Pleasanton, and San Ramon. Dublin is located along the north side of Interstate 580 at the intersection of Interstate 680, roughly 35 miles east of downtown San Francisco, 23 miles east of downtown Oakland, and 31 miles north of downtown San Jose.

The Tri-Valley area, made up of Amador, Livermore, and San Ramon Valleys, was originally the home of the Ohlone Native Americans whose presence goes back as far as 2,000 BC. Its modern history dates back to 1772, when Pedro Fages led an expedition of 16 mounted men on a journey in search of a land route to Drake’s Bay, now known as San Francisco Bay. Their return journey brought them through Amador Valley.

In 1835, Jose Maria Amador, a soldier and administrator of Mission San Jose, received a land grant from the Mexican government of 16,517 acres in the Amador-Livermore Valley to repay him for his years of service. He built several adobe homes and many small buildings that were used as shops. In 1850, Michael Murray and Jeremiah Fallon came to the area from Ireland. They purchased 1,000 acres of land from Amador and built homes for their families, founding the town fifteen years later. The area began to grow as many more settlers came – mostly from Ireland.

In the latter part of the 19th century, Dublin served as the crossroads of two important stage routes – one from the Bay Area to Stockton, and the other from Martinez to San Jose. The Alamilla Spring, located in the Dublin area, provided a place for travelers to change horses and freshen up before continuing their journey. By 1877, the first schoolhouse in the Amador-Livermore Valley was constructed in Dublin, along with a church, two hotels, the Green Store, a wagon and blacksmith shop, and a shoemaker’s shop. Mail was delivered to the Dougherty Station Hotel, thus, the area became known as Dougherty’s Station. By the 1890s, it became better known as Dublin, after the capital of Ireland.

In 1960, the first housing tracts were built in West Dublin, transforming the formerly rural community into a suburb. It grew steadily from the early 1960s onward, as both a residential and retail center, and it incorporated as a city in 1982. During the past 20 years, Dublin, as well as the entire Tri-Valley area, has become renowned as a place of prosperity, a center for internationally acclaimed business parks – Bishop Ranch in San Ramon and Hacienda Business Park in Pleasanton.

According to Economic Development Director, Hazel Wetherford, Dublin’s location in the center of the Tri-Valley, its two intersecting interstates, and its two BART (Bay Area Rapid Transit) stations, make it an ideal place for businesses to locate. “We are north of Silicon Valley which lends itself well to engineers and programmers working there who then choose to live here in Dublin and the Tri-Valley communities because of our affordability and quality of life compared to the areas they work in,” she explains. “We have a wide variety of housing opportunities that, when compared to Redwood City and San Jose, are more affordable. And when we’re meeting with businesses, it’s all about location. They love that Dublin is growing; they love the quality of life here; they love the fact that the schools are highly rated. We have a growing tech cluster that we’re starting to see, here, in the Tri-Valley area, and we’re trying to build upon that by attracting more technology and enterprise software businesses to Dublin.”

In addition to Dublin’s location at the intersection of two interstates, the City also has an award-winning Business Toolkit to assist with the attraction, retention, and expansion of businesses. “Part of that Toolkit is our incentive program,” Wetherford notes. “We have a sales tax incentive program, which helps those businesses that are generating a certain number of sales tax dollars for the community; we will share a percentage of that back with the company. We also have our hotel incentive program that is similar, where we will share a percentage of the transient occupancy tax back with the hotelier. We have a small business assistance program that will help businesses that are looking to locate in an older building or need to do significant tenant improvements or upgrades as far as the Title 24 Building Code. We have grant programs that will help them with that. (Title 24 California Building Standards Code is a broad set of requirements for “energy conservation, green design, construction and maintenance, fire and life safety, and accessibility” that apply to the “structural, mechanical, electrical, and plumbing systems” in a building.) We have a sewer capacity assistance program that helps restaurants that are looking to locate in the community. We will help them with a grant to help offset the cost of that. So, we have a number of incentive programs that help with businesses attraction and retention.”

One current Dublin business that is getting ready to launch a major expansion is ZEISS Meditec. “They are an international company that focuses on optics and optoelectronic technology,” Wetherford says.  “They have been a part of Dublin for almost 20 years, and decided to further invest in Dublin and build a brand new research and development campus.” Founded in 1846, the ZEISS Company is headquartered in Oberkochen, Germany. It has approximately 30,000 employees, and is active globally in almost 50 countries. The new site in Dublin is an integral part of ZEISS’ global investment strategy and is one element in a string of international projects aimed at expanding, modernizing, and realigning sites that ZEISS has been implementing in locations such as Germany, Europe, and Asia since 2011. Dublin will serve as the U.S. headquarters for ZEISS Medical Technology, ZEISS Industrial Quality & Research, and ZEISS Semiconductor Manufacturing Technology.

“They’re building out their first phase of the project, which is about 208,000 square feet on three floors,” Wetherford continues. “It’s scheduled for completion in the fourth quarter of 2020, and it’s going to bring multiple Zeiss strategic businesses together under one roof. There is a second phase of the project, which will consist of an additional five-story, R&D building, about 224,000 square feet, plus a parking garage for their employees. Once the full project, including both phases is complete, we’re expecting approximately 1,500 employees at full build-out.”

Other projects in Dublin include a new 220,000-sq.-ft., medical office building and cancer center, which was opened this past May by Kaiser Permanente, the largest managed care organization in the United States. “That was the first phase of the project,” says Wetherford. “They are scheduled to grow to nearly 1 million square feet when the project is completed. We also have a number of hotel developers that have submitted pre-applications – we have a Westin Hotel that’s looking to open about 200 rooms by our East Dublin transit center; we have two other hotels – the Tru Hotel and the Element Hotel – that have submitted applications to build hotels of about 120 and 129 rooms, respectively. We also have another hotel developer that submitted an application to build a hotel in our downtown.

“The City Council also approved an IKEA project at Hacienda Drive and Interstate 580. IKEA received approval to construct a 317,000-square-foot IKEA store with integrated, podium parking and a 93,000-square-foot main street component, which will have a mix of retail and restaurant spaces. We have a new Nissan dealership that was recently approved and should be under construction in 2020. We have a senior care facility under construction in Downtown Dublin – a first for the community – called Elegance at Dublin. It’s comprised of senior apartments, senior assisted living, and a senior memory care unit.”

Other businesses that have signed leases or are undergoing tenant improvements include:

Other new businesses that are calling Dublin home include:

Over the last year, Wetherford says that Dublin has focused on creating a new downtown town square and what she calls “a main street experience.” She explains, “One of the challenges we face is that we are a newer community; we’ve only been incorporated for 37 years. We have two large shopping centers in the downtown’s retail core that we are looking to transform. The Urban Land Institute came out and did a study of our downtown and said, ‘This is what we would recommend – a main street experience with a park, retail, shopping, office, hotel, and different land uses. 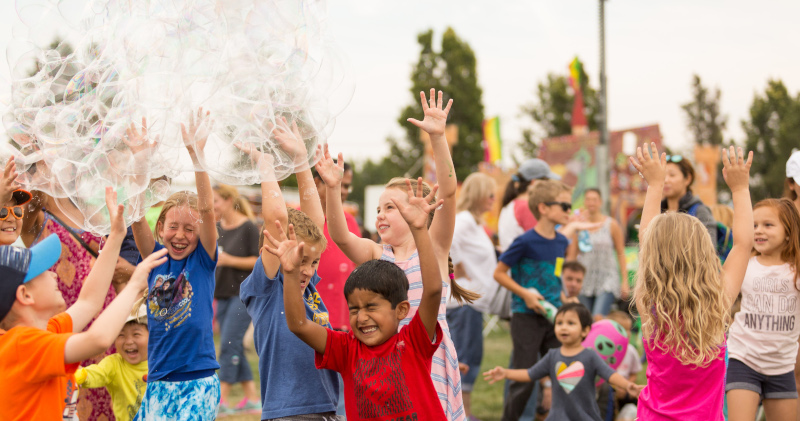 “So, we took the findings in the report; we presented it to the City Council and got to work. They gave us a two-year work plan, and we’re coming to the end of the first year working with the City Council, as well as with our consultant, on identifying where the town square should be located and what a main street experience could look like with different land uses such as a hotel, office, housing, retail, and restaurants. We’ve taken the time to identify the location and shape of the park; the community came out – we had more than 245 people who responded to a survey and said this is the location and shape they would like. It’s a town square in the center of our downtown. And now, we’re working on what the main street experience would look like to support the park. We’re getting ready to go back out to the community and show them the type of development that could occur and get their feedback.”

The Downtown Dublin Preferred Vision builds upon the city’s Downtown Dublin Specific Plan, which was adopted in 2011, creating three separate, but contiguous, downtown districts. The first district is a TOD, a Transit Oriented District, next to one of the City’s BART (transit) stations. New TOD developments include the Connolly Station Apartments, which opened in 2013, and the Aster Apartments, which opened in 2017. Another project that the city has received many accolades and awards for is Valor Crossing, an affordable housing development focused on veterans and their families. At the time of opening there were 35 who were in need of critical housing because they were either homeless or at risk of becoming homeless. “The City has done a lot of work over the last 10 years, to create housing next to the West Dublin/Pleasanton BART station that caters toward the younger working professionals that want to be next to transit and are not ready for the single family home with the backyard, and would rather live in apartments or townhomes,” says Wetherford.

“Our next district, the Retail District, is where we’re looking to do the downtown main street experience – our Downtown Preferred Vision,” she adds. “Our third district, Village Parkway, is more of a local neighborhood district that’s adjacent to the freeway and has some great restaurants and tap rooms with outdoor dining areas. These are the three districts that make up Dublin’s Downtown area.”

Finally, Wetherford reports on a major infrastructure project that aims to better connect Dublin with one of its sister, Tri-Valley cities: “We have been working on the extension of Dublin Boulevard, east to the Doolan Road/North Canyons Parkway intersection in Livermore, our neighboring city. Dublin Blvd. serves as our major arterial street, and the expansion to Livermore will help close the gap in our local street network by connecting the two communities. This is a vast infrastructure project for the two cities and the Tri-Valley region, providing some relief to Interstate 580. We’ve recently completed the environmental review under the California Environmental Quality Act, and will be working on the next phase of the project. So, there are a number of development projects occurring, businesses growing, and a lot of successes to be proud of, in Dublin, the New American Backyard.”

WHERE: In the Tri-Valley regions of Alameda and Contra Costa Counties