Business View Magazine interviews Tom Wall, Pres. of the Board of Commissioners of Huntington County, Indiana, for our focus on Economic Development

Huntington County, Indiana is blessed to be home to active community members willing to help where they can. This rural, agriculture-based community has a wide variety of activities, cultural venues, as well as many exciting things to see and do. It is also home to two major reservoirs, Roush Lake and Salamonie Lake. Whether you’re into fishing, hunting, horseback riding, art, or want to indulge in some fine dining, Huntington County has something for you!

The county’s central hub is Huntington City. Situated on the banks of the Wabash and Little Rivers, the mid-sized northeastern Indiana city is bursting with historical charm. But the county is more than just its main metropolitan area. Small towns like Andrews, Roanoke, Markle, Mt. Etna, and Warren to name a few, all have their own charm. When it comes to opportunities in the area, Jackson Township is the fastest growing township in the county, due in part to its proximity to Allen County and Fort Wayne, Indiana. Another part of Huntington County that deserves a visit would be Roanoke’s vibrant downtown with its variety of five-star restaurants. 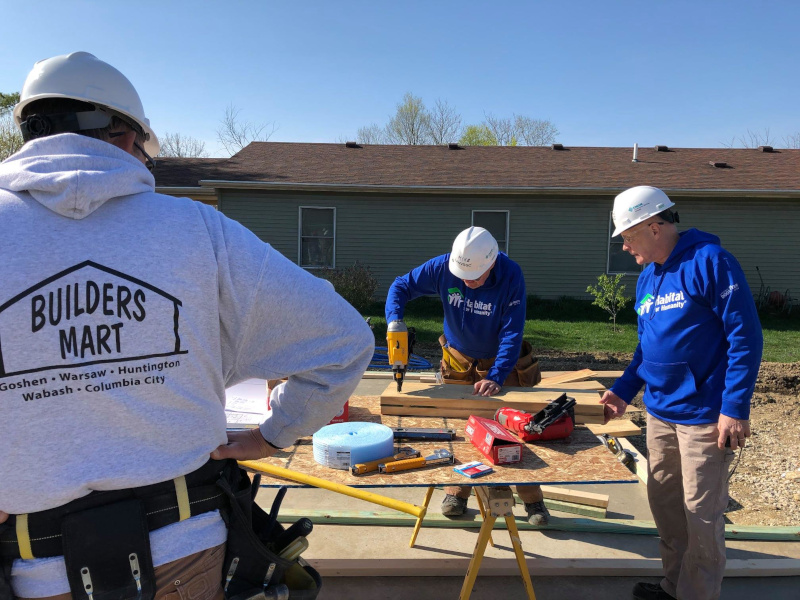 A big factor for the county’s different boards is collaborating with other counties. Over the years there have been several successful collaborations, the first one happening in Markle, a town divided by county lines between Huntington and Wells Counties. The town received its first industrial park 13 years ago with help from HCUED. This led to larger companies wanting to establish production sites, like Novae, a trailer manufacturer, which in turn led to more interest and Dayton Freight moving into the industrial park.

With more work and people moving to the area, HCUED took the risk and installed new town infrastructure, to induce these companies to stay in the area. But for one large project, Huntington County needed to collaborate. “We did something no one in northeast Indiana has ever done. We crossed the county line and went to the Wells County Commissioners,” recounts Wall. Huntington County needed to erect a water tower for their side of Markle because of the growth in population. With help from the Wells County Commissioners, they were able to put in the capital to build a new water tower.

With this expansion and willingness to collaborate, another opportunity arose from the larger Allen County. General Motors (GM) came to Allen County with a proposal of expanding operations. But for this to take place they needed to have a new roadway, now known as the 900 North, so a Northeast Regional Partnership was created. Because of this massive collaborative effort between Allen and Huntington Counties, they were able to pool together economic resources and engineering for roads, bridges, and railways. But there was still a shortfall in capital, which meant as a team they approached the State of Indiana for help.

By doing the groundwork correctly, they were able to fully fund the project via the state. “Because we had all the engineering and due diligence completed, we got $30 million from the state to do a county road,” says Wall. Once the funding was secured, GM announced they would be doubling the size of their initial plans.

In the northeastern part of Indiana there are 11 counties. The mayors and commissioners from all these areas meet up once a month to share information about developments and opportunities. The economic development directors from these counties also meet monthly. By doing this, these counties and economic development directors are all on the same page and can pass along opportunities their area can’t accommodate at the time, ultimately, retaining jobs in communities in northeastern Indiana. 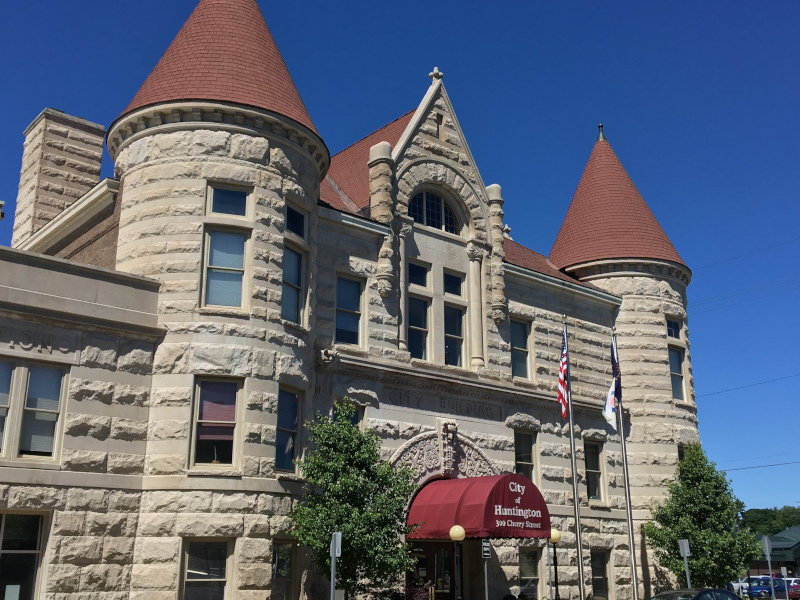 “We’ve been praised by a lot of people for keeping this collaboration together,” says Wall. “We don’t want to lose a business because we don’t have the infrastructure. But if Wells County has it, we’re going to introduce them, and we know they’d do the same for us.”

Huntington County has also invested in creating new learning opportunities for their community, bearing in mind that the area is known for its family-owned workshops. The Huntington County Community Learning Center offers adults and young adults the opportunity to learn trade skills. Established in 2015, the center offers a wide range of skills to learn, from metal working and medical programs, to beautician training and machining. One of Huntington County’s commissioners, Terry Stoffel, teaches law enforcement and criminal justice as he was the county’s sheriff.

It’s this hands-on approach that also allows for lecturers at the center to tweak their courses to meet certain positions that are opening up in the community. Wall notes, “We have a need for dispatchers in Huntington County. This means that Stoffel is now developing a program where men and women can train to fill these positions.”

With a population hovering around 39,000, the county has started several housing subdivisions, which are badly needed as there are currently less than 20 homes for sale at any given time in Huntington County. It’s definitely a place where many residents are happy to stay put. While information about one exciting new project cannot be divulged, it promises to be an upscale rental community that will be well received.

Good internet speed in rural communities like Huntington County is important. That’s why the county is currently rolling out high speed internet throughout the area. The same is also happening in the adjacent counties. But this wouldn’t be occurring if there wasn’t some collaboration. The internet provider didn’t have space for their base of operations, so in true Huntington County spirit, they found an annexed piece of land for the provider to erect a warehouse, and after the installation is completed in all the counties, the community gets to take ownership of the $125,000 building.

Infrastructure-wise, the county boasts a fantastic record when it comes to roads and bridges, being ranked in the top five in the state. In terms of water management and environmental projects, the commissioners have identified the need for better sewage systems – removing old septic tanks in the rural communities, as failing systems ruin opportunities for much needed housing projects. The county is hoping to find an energy efficient way to dispose of the sewage. And they may even be in the market for a bio-digester system. Grant money may be available from the state, and hopefully can be used to replace sewage apparatus that is at least 30 to 35 years old. Wall is confident that there’s a solution out there, stating, “There are so many new procedures out there to process the sewage. It’s unbelievable.”

The largest development on the go for the commissioners is the Huntington County Jail Project. While the building itself is in excellent shape, new state laws require the county to expand the prison to accommodate more inmates. With the project being hopefully completed in February or March of 2022, this will also include additional office space for the county’s 911 staff.

Huntington County has also been fortunate to purchase Victory Noll from Saint Anne Communities. The plan for the center is to turn it into a mental health facility for those who are deemed mentally unfit to serve in the jail, as well as a corrections facility, and work release center. The sisters who still live in the facility are actively involved with maintaining the 80-100 beds in the center. It has been a long-term dream for Wall for open such a facility. He shares, “This is going to be a game changer for our community, because now judges can send those who need mental health treatment to the center.”

The center promises to help community members who stray off the path to get back onto their feet and into the workforce.

Huntington County is a community willing to collaborate to create a better future on all fronts. And it’s this attitude that draws people to the cities, towns, and townships, as there are always new opportunities awaiting.

What: A large, thriving community of communities; pop. approx. 39,000