The City of Fremont sits along the west bank of Ohio’s scenic Sandusky River which spills into the Sandusky Bay and Lake Erie. Picturesque, tree-lined streets frame the quaint, historic city that touts a close-knit community of 16,000 people. With a strategic location at the intersection of three main highways – the Ohio Turnpike and State Route 20 going east to west and Interstate 75 going north to south – Fremont’s Mayor Daniel R. Sanchez calls the city “the hub of the U.S.”

However, this small town has massive plans for growth in its future. “We’re very proud about our historic community that we have here,” says Sanchez, “but we also are doing a good job to really feel the heartbeat of the community to attract young professionals back.”

As it gears up for a comeback, the city has bragging rights to several past and recent claims to fame in its portfolio – not the least of which, Fremont was named 2019 Best Ohio Hometown by Ohio Magazine. The 19th U.S. President Rutherford B. Hayes and the first defensive NFL Heisman Trophy winner Charles Woodson called the city home. They share the Sandusky County seat with one of the largest populations of bald eagles in the country and the second largest bald eagle population in the state. The majestic feathered species attracts thousands of birdwatchers to the south side of the Sandusky River every year. The avian population continues to boom with Sandusky County tallying 50 bald eagle nests out of the 707 counted in last year’s Ohio state census.

Venturing into the outdoors is part of everyday life and the growing tourism industry in Fremont, especially following the demolition of the Ballville Dam in 2018. In the city that was formally named 2018 Tree City USA by the Arbor Day Foundation, wilderness adventurers can hop into a kayak or canoe and row north on the Sandusky River to a man-made reservoir that serves as a recreation area for water scooter riding, water skiing, recreational boating and biking. Ghoul Runnings Kayak Adventures set up shop there this year and is on track to welcome its first kayakers this month to bolster the city’s water recreation offerings. However, Fremont is most known for its annual Sandusky River walleye run in March and white bass run in May. 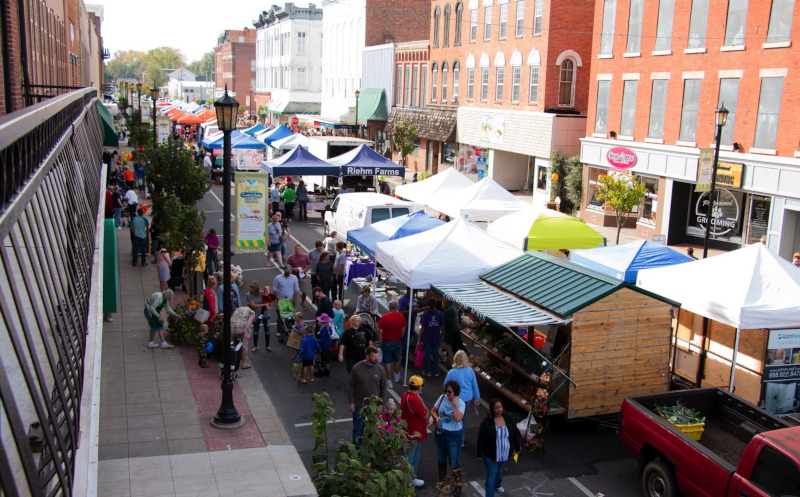 History buffs can head to the Rutherford B. Hayes Presidential Library and Museums at Spiegel Grove. They’ll get a glimpse into the life of the Dark-Horse President, visit his burial site and delve into the books of the first presidential library, which opened to the public in 1916.

Along with its history, the Fremont City Council takes pride in its relationships with local businesses, non-profit organizations, and civic groups that invest in the community, its economy, and infrastructure. These include the city’s two largest private sector employers, Kraft Heinz Company and Crown Battery. Kraft Heinz Company has been operating the country’s largest ketchup plant in Fremont since 1937 and employs 500 people. “There is enough ketchup stored in the warehouses around our community that everybody could have ketchup for the next three months, if they stopped making ketchup,” Mayor Sanchez boasts. The worldwide company Crown Battery and its president and owner, Hal Hawk, employs 450 people in Fremont and is a great investor in the city’s schools.

Meanwhile, housing product manufacturer Style Crest and its CEO and owner, Tom Kern, are known for rehabbing downtown Fremont – including four buildings, one of which reopened as a restaurant in December 2017. “At that point, Tom became the first developer, recruited other developers, and we started to see the needle move in our downtown area,” reports Bob Gross, Economic Development Director for the City of Fremont. Downtown Fremont had no restaurants in 2016, but the bustling center added five new restaurants with two more in development.

The city’s non-profit organizations, like Downtown Fremont, Inc. led by Director Kristie Bilger, also lend a hand to revitalize Fremont; while the local civic groups, including the Kiwanis Club, the Rotary, the Exchange and the Lions Club, organize events that bring families in the community together. The Rotary stepped in to fundraise for an outdoor amphitheater in the downtown area, and Fremont native Joell Heidelburg’s One on One Basketball hosts annual youth 3-on-3 basketball tournaments at the Fremont Recreation Center.

Mayor Sanchez and the City Council intend to play off of these relationships and hometown offerings and “focus in on manufacturing, industry and housing” in a plan to address the community’s population decline and workforce shortage, which in the last 10 years have been moving south and out of the Midwest. “We have made it a priority to attack that problem,” says Gross. “To clean up slum and blight, to add amenities to our community, and to reach out to developers.”

The city’s first course of action was tackling the housing shortage by conducting a comprehensive housing study and providing a tax incentive program for developers. Now, four housing developments are in progress, three of which began six months ago. One of the new developments on the north end of town called Sunset Meadows will add 140 homes and senior housing with 40 units. Another development is next to the local golf course.

Next was the school system, which the city is currently overhauling. The city constructed five new schools, including a new middle school in 2016 and a high school that is about 60 percent completed. Fremont has also consolidated its seven elementary schools into four, following a levy passed in 2018. City Council also partners with Fremont’s Terra State Community College for events at its venues, including a fireworks festival. “That was strategic in that it would draw people to Terra that maybe would not otherwise go to our community college to help them with their enrollment,” Gross explains.

Fremont City Council is also attracting young professionals and families to downtown Fremont with developments and entertainment opportunities. A small amount of nightlife is happening with the help of the Designated Outdoor Refreshment Area (DORA) legislation that was passed in the Ohio state house in 2016 and allows patrons to enjoy alcoholic beverage in and outside 12 establishments within the area. The family-friendly offerings in this spot include frequent car shows and farmers markets. 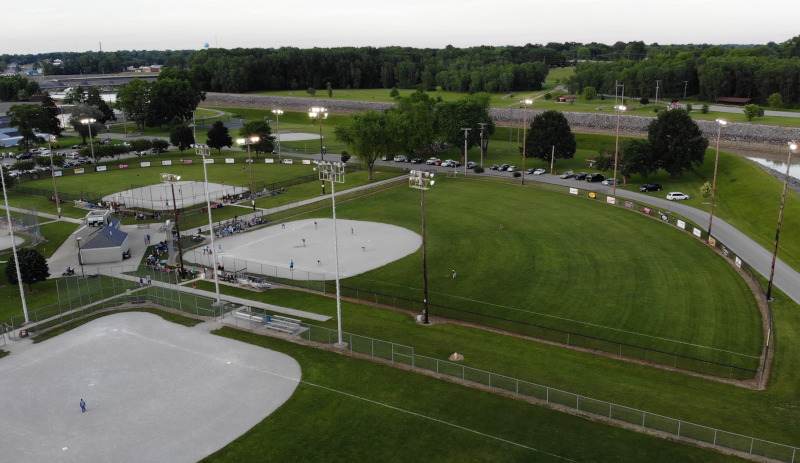 The city also plans to welcome visitors to the neighborhood via revamped entrances at Garrison Street and Rawson Avenue as part of its yearly infrastructure projects. Kenneth Frost, Safety Service Director for the City of Fremont, notes, “Other than maintaining road access via the main highways, water access via Lake Erie 10 to 20 minutes away, and rail access, cleaning up the entry ways is one of our top priorities and projects for infrastructure.” The city completed the reconstruction of Garrison Street last year and is continuing the rebuild of Rawson Avenue. The latter project includes the replacement of water lines, gas lines, and sewer lines and the addition of boulevards, a large, granite sign that lights up, and new intersection traffic lights with decorative poles. Frost adds, “We’ve got more projects in the queue for upcoming years for more a beautification-type situation, as well as infrastructure improvements and repairs.”

Finally, Mayor Sanchez and City Council are beefing up Fremont’s economy, particularly in manufacturing. Although its four industrial parks are mostly full, there is about 15 acres of space available for an additional 100,000 square-foot building. Fremont is trying to either expand its current industrial parks or purchase a new one. “By the end of the year we may have an option on some land, so we can begin the infrastructure work of a new industrial park,” Gross says. “We’ll hopefully announce that in the beginning of 2022.”

Local Fremont businesses are aiding this effort, as well. ProMedica Memorial Hospital, which often invests in the community and partakes in several economic development committees, is expanding and completed a $10 million renovation on one floor in 2019. The city recruited packaging manufacturer International Cushioning Company (ICC) to move into an empty 190,000 square-foot manufacturing building, where it added 75 new jobs to the economy. Also, local pressure vessel manufacturer Quality Steel Corporation added 20 new jobs to create a second shift and bump up the number of roles to 180. The company also expanded its property by 40,000 square feet as part of a $13 million investment.

The City of Fremont values this team effort with local business and organizations to achieve its goals and continue necessary investments in the prosperity of the close-knit community. As Mayor Sanchez attests, “You’re only as successful as the people you surround yourself with.”

What: A family-oriented community on track for expansion; population approx. 16,000