Business View Magazine interviews Frank Stiebel, President and Co-Owner of Stiebel Eltron, as part of our focus on energy/solar in the commercial sector.

Stiebel Eltron was founded by Dr. Theodor Stiebel in 1924 to manufacture his revolutionary immersion water heaters. More than 90 years later, the family-owned company is a household name in Europe, known for the engineering and manufacturing excellence of products such as tankless electric water heaters, solar thermal equipment, and heat pump water heaters. The company has epitomized its philosophy “make it right, then keep making it better” for almost a century – those who have dealt, and continue to deal, with the company on a global scale describe Stiebel Eltron as “simply the best.” 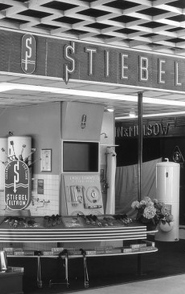 The company employs approximately 3,000 people worldwide, with manufacturing plants in Holzminden, Germany; Eschwege, Germany; Slovakia, Thailand, and China. Western Hemisphere operations are based in West Hatfield, Massachusetts, where Stiebel Eltron maintains a sales, service, distribution, and spare parts facility. The company has been in North America since 1980.

President and co-owner, Frank Stiebel, shares the background on his long-serving family business: “My brother Ulrich and I own the whole group as partners, and I’m also in charge of North and South America. The company was started in Berlin, Germany in 1924 by my father, who unfortunately died a long time ago. The first product we came up with was an electric immersion heater. These were the beginnings of electric water heating. Say, for example, you were at a farm and wanted to wash your hands or disinfect something, you would stick this heater into a bucket of cold water. That’s basically how we got started and from there it went to tank-type water heaters. I think the traditional model back then in Germany was a coal stove in your bathroom to heat the water. There was a little fire chamber in the bottom to heat the bulk of the water, then you would use electricity to keep it warm for a few days.”

Stiebel Eltron evolved from there into pure electric water heating and then into tankless electric water heating. Today, that represents 40 percent of their business, globally – they are the world’s largest manufacturer of tankless hot water heaters. In North America, popularity for tankless is growing. Stiebel notes, “Every time I go to trade shows and talk to people, they tell me tankless water heating is getting more popular, especially on the gas side, because with a gas flame you can go up to 199,000 BTUs before you need ASME approval. That’s a very powerful heater. You can heat six or seven gallons per minute of water flow; electrics do a little bit less, but it’s still very satisfactory.”

North and South American business is taken care of from the Hatfield, Massachusetts location, by a highly-skilled team of 40.  From there, they assist the Germany operations with engineering products, and do a small amount of assembly work. Many of their other products come already assembled. Most are brought from Germany, but they also have a plant in China, where they source electric space heaters, and a plant in Slovakia, where they source the heat pump water heaters. The majority of Stiebel Eltron products are for residential use, except hand dryers and the small point-of-use tankless electric units and mini-tank units, which mostly go into commercial applications. The biggest product in terms of North and South America sales volume (65 to 70 percent) is the tankless hot water heater.

Stiebel jokingly dismisses the competition: “As for the others, they’re not really in our league, so we don’t consider them competitors. Seriously, though, we have competition in every arena. The biggest on the tankless side is EEMAX. When it come to hand dryers, it’s mostly World Dryer and Excel. We do about eight trade shows per year, including IBS (International Builders Show), AHR, Green Build, and NESEA (New England Solar Energy Association). Plus, the plumbing industry has their own shows, so we do quite a few.” The company sells to plumbing wholesalers, never directly to the consumer. They have a dual, two-pronged sales strategy – plumbing distribution is one avenue. The other is retail, where they sell through Home Depot, Amazon, Menards, and Lowes.

explains, “While we buy 90 to 95 percent of items from our affiliated companies, we do purchase mounting flashing kits from Eco Fasten Solar, an amazing company that started in Vermont and now they’ve grown to Arizona. They are well established in the PV (photovoltaics) industry, but they serve both solar thermal and solar electric. Now, a lot of big installer companies use them because they’re affordable. The owner is a professional engineer and designs practical products for the markets.”

For the future, Wetherby sees solar technology working in the direction of simplification. “The absorber plates have changed and there have been some improvements, but it’s hard to tell what lies ahead, because there’s an awful lot of competition, even between solar electric and solar hot water (solar thermal). The improvements that will last, I would say, are the ones aimed more towards less complicated installations and lower costs. The industry is very sensitive to state-administered rebates and there have been a lot of legislative activists that have pushed back and disrupted that on a state level. Not everything is all roses out there.”

Stiebel Eltron is moving towards a more active presence in South America and the Caribbean – specifically, Puerto Rico and Columbia. It already has well-established distribution networks in those countries and, recently, has been asked to provide solar thermal equipment and small PV systems. Stiebel clarifies, “At present, we don’t sell PV panels, we only sell thermal solar equipment, but we’re working in that direction. We’re the market leader in Puerto Rico for tankless water heaters. The business has dropped way off, as you can imagine, because of the hurricane devastation on the island, but we’re hoping they are able to rebuild.”

Five years down the road, Stiebel forecasts his company will continue to grow in the tankless electric arena. “We’re coming out with new, more sophisticated products in North America – going more towards electronics, rather than electro-mechanical controls,” he reports. “The tankless will always be an important part of our business, but we also manufacture the heat pump water heaters. We see a lot of opportunities in that sector; we’re also looking at space heating heat pumps. Mostly, air to water heat pumps. And we will continue to work on solar thermal as much as we can.”

Wetherby adds, “We manufacture the solar storage tanks at our facilities in Germany and Slovakia, while other components (collectors, pumps, electronics) come from suppliers around the world. The racking we make here in Hatfield. We also collaborate with a company in Cambridge, Massachusetts on energy monitoring equipment. That has been very successful, at least in trouble shooting, as it gives us the ability to remotely affect system changes without being onsite. We have been doing a lot of creative design in solar thermal, improving the products, making them easier to install.  Anything in the renewables industry changes quite rapidly and you need to really be on your toes to stay valid.”

Summing up the Stiebel Eltron best practices and secret to success, Frank Stiebel states from the heart: “We are an old family company with a proud heritage of making high quality products that are advanced and energy efficient. In other words, we are awesome.”

Check out this handpicked feature on Haines City, Florida – One City, One Vision.

WHAT: Global producer of water heaters and solar thermal products

WHERE: North & South American operations based in West Hatfield, Massachusetts 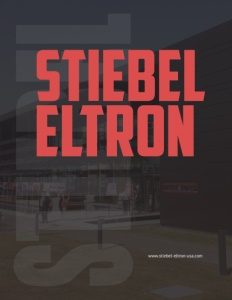