The Denny Sanford PREMIER Center, in Sioux Falls, South Dakota, is a multipurpose facility that houses sporting events, concerts, conventions, meetings, banquets, and more. In 2011, the citizens of Sioux Falls voted to build a new facility next to the existing Convention Center and Arena, and the new facility opened in the fall of 2014. Located in northwest Sioux Falls near the crossroads of I-29 and I-90, and less than one mile from Joe Foss Field – South Dakota’s largest airport – the Denny Sanford PREMIER Center, and attached Convention Center and Arena, are managed by SMG, one of the largest facility managers in the world.

As combined, the city-owned property is the largest indoor venue in South Dakota, as well as the biggest between Omaha, Nebraska and Fargo North Dakota, and from Minneapolis/St. Paul to Denver, Colorado. It holds over 450 events per year – everything from weddings and banquets to conventions and coin shows. The four-level building consists of the event level, main concourse level, suite level, and upper concourse level. There are 22 suites and 18 loge boxes. The building seats up to 12,000 for concerts; about 20 concerts are scheduled for 2019. Rock group Metallica set the attendance record for the venue on September 11, 2018, with more than 12,000 fans.

The Sioux Falls Arena was built in 1961 and has hosted a wide variety of events from presidential visits, sporting events, concerts and rodeos, to circuses, graduations, trade shows, carnivals, and monster truck rallies. Today, the building still hosts the circus and concerts, and it continues to be used for a variety of other events year round, mostly smaller concerts and events. 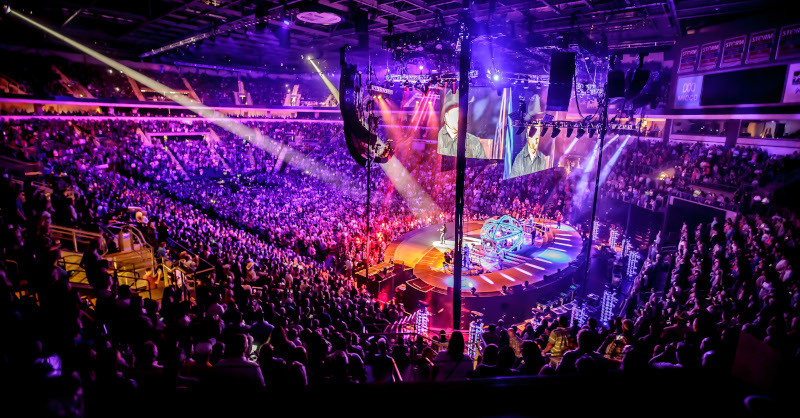 The PREMIER Center hosts The Summit League Men’s Basketball Tournament and The Summit League Women’s Basketball Tournament every year in March. The winner receives an automatic berth to the NCAA Men’s Division I Basketball Championship and the NCAA Women’s Division I Basketball Championship, respectively. Among Arena tenants are an Indoor Football League team, the Sioux Falls Storm that plays about seven home games per year there, and a USHL hockey team, the Sioux Falls Stampede, that recently won the Clark Cup championship, symbolic of supremacy in American junior hockey, presented annually to the playoff champions of the nation’s only Tier I circuit. 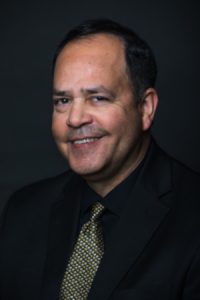 Recently, Business View Magazine spoke with new General Manager, Mike Krewson, about the Center. Krewson heads up a full-time staff of 27; part-time event staff can bring the number up to over 250.

“We recently were voted one of the top three buildings of our size in the Midwest based on ticket sales, Krewson relates. “We turn a profit every year. As far as size, there’s not really that much competition within three or so hours of us, which makes us a good routing partner from Minneapolis to Omaha; hence, the number of events that we’ve been able to secure and the amount of tickets we’ve been able to sell. There are some smaller buildings within that range but again, depending on what the show is looking to sell, they’re not real competition. If you’re looking at bigger shows, we would probably compete with Minneapolis and Omaha, as they’re only going to play one or two out of the three markets.”

The Convention Center is a little older, so there are some planned repair and maintenance projects such as new painting and getting some new door frames over the next several months. “Just to keep that area of the total complex fresh and relevant,” Krewson notes. “But in the PREMIER Center we are where we need to be after five years. We try to recycle as much as we can, as far as trash collection. I think we’re LEED Certified as far as our energy efficiency. We’ve been in the process of trying to convert over to LED lighting, especially at the Convention Center side. A lot of the PREMIER Center lighting is LED already.”

“The community support for us has been strong as far as the number of tickets we’ve been able to sell,” Krewson states. “Sioux Falls is growing and the community and city management have been devoted to making this building and campus a success. You can have a great building and a great staff, but if the community doesn’t embrace you, you don’t sell tickets, and then the shows aren’t going to come. Strong ticket sales show how well-received the Center has been in the community.”

WHO: The Denny Sanford PREMIER Center

WHAT: A large, indoor arena