The Watsonville Municipal Airport is a public use, general aviation airport located three miles northwest of the central business district of Watsonville, a city in Santa Cruz County, California, serving the major recreation and business area of the Monterey Bay. The original airport in Watsonville was actually built at another location in the late 1920s, after several hundred community members joined together to purchase an 85-acre tract, just outside of town. The first Watsonville Airport soon became a busy center for flying activities until the U.S. Navy took it over and turned it into an airship base.

In 1939, the Civil Aeronautics Administration (CAA) decided that a civil airport was needed in Santa Cruz County, since the previous location was now under U.S. Navy control. CAA representatives offered to build an airport in the nearby City of Santa Cruz, but its citizens declined. The same offer was then presented to the City of Watsonville, whose citizens voted in favor of the proposition. During World War II, the newly built airport was leased to the U.S. government and commissioned as the Naval Air Auxiliary Station (NAAS) Watsonville, a training facility for fighter pilots on their way to the Pacific theater. It was released back to the city in 1945 with the requirement that it continue to be used as a regional, general aviation airport, in perpetuity. 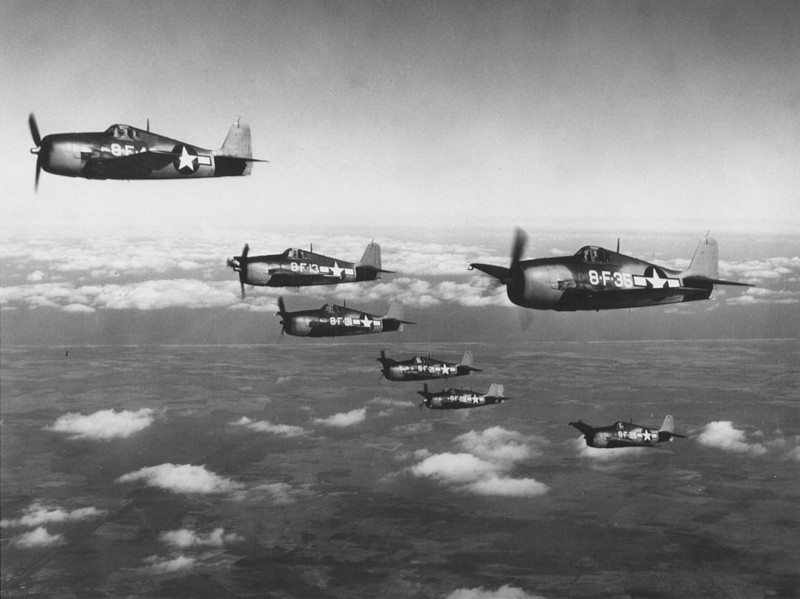 Today, the Watsonville Municipal Airport is owned by the City of Watsonville, and is a self-sustaining, enterprise operation with a staff of 13 full-time employees. It is home to over 300 GA aircraft and is used extensively by various businesses, specifically in the agri-business community. Its four runways accommodate over 55,000 operations per year, making it one of the busiest airports in the area. It supports many aviation activities including: private flying, flight training, aircraft rental, maintenance, sightseeing, air ambulance, law enforcement aviation, air charter, skydiving, and military helicopter operations. It is home to three maintenance FBOs, 206 T-hangars, 12 corporate hangars, 12 mini-hangars, three Box hangars, and 80 tie downs spots. The Airport offers full service aircraft fueling support and a self service fueling island. Its terminal building includes administrative offices, a communications room, a lobby area, a restaurant, and a café.

Rayvon Williams, Watsonville Municipal Airport’s Director since 2011, talks about the many ways in which he has attempted to take advantage of the Airport’s characteristics to boost its aviation-related operations.  “We’re all small airports in this area, with three that are close to us,” he begins. “There’s a saying in the airport community: ‘If you’ve seen one airport, you’ve seen one airport.’ We all have various offerings and attributes that make us who we are. We have a committed customer base here at the Airport, but nearby airports are attempting to draw pilots from other airports to come to their airport. With that said, we compete with each other to bring in those transient revenue and service opportunities.

“So, in order to make Watsonville Municipal Airport attractive, we’ve tried to reach out via multiple vectors. In 2013, we developed an outreach program that we marketed as ‘Second Saturdays’ in order to incentivize our tenants to fly more often with the additional benefit of increased fuel sales. We decided that we would lower fuel prices, but that lower prices would not be enough; we needed to put together a ‘Total Package.’

“We reached out to the County and discovered that for aircraft that are displayed a certain number of times a year, the personal property tax is waived. As a result, we defined and developed a ‘Display Day’ here at Watsonville Municipal Airport. In addition, we are fortunate to have a popular ‘fly-in destination’ restaurant. To leverage that resource as part of the marketing program, we noted if pilots displayed aircraft for a certain period of time, and purchased fuel at the discounted price, and provided a fuel receipt to the restaurant, the restaurant would provide a discount. This three-pronged approach was the ‘Total Package.’ Initially, Second Saturdays started out slowly, but it became so successful that we were selling three times as much fuel on Second Saturdays than we did on any other Saturday. We also discovered the restaurant had more uptick of, not only airside business – pilots flying in – but landside business, as well, given that the local community and visitors were coming to see the airplanes.”

Williams’ next step was to advertise the Second Saturday program on a popular independent, aviation fuel price website. He explains, “When a pilot would check the site and bring up an airport near Watsonville during a Second Saturday, an advert in the side bar would say: ‘Go to Watsonville.’ Second Saturday became so popular that the program was expanded to ‘Second Weekends.’ That’s one example of what we call ‘Active Aviation Applications.’ 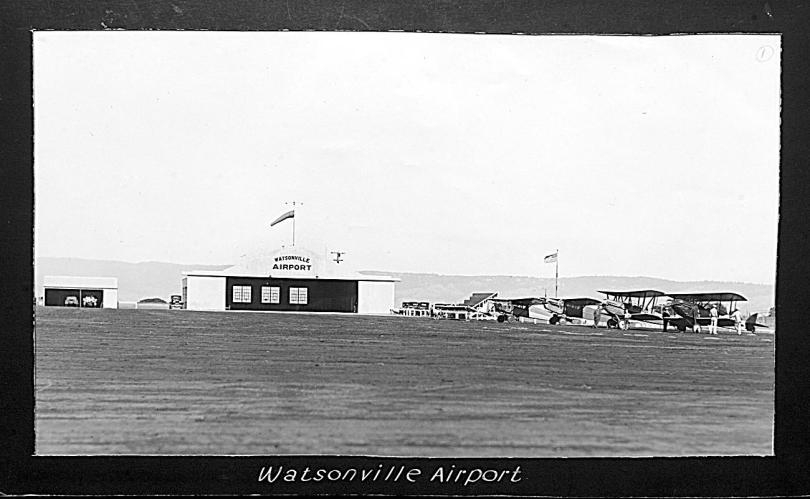 “We’ve done other things, too. We have parachute landing on the field – no other nearby airport does that. We have a helicopter charter service that’s here – no other airport in the area does that. And, most recently, we have leased hangar space to a hi-tech aviation start-up for R&D and manufacturing. Their product is a Quadcopter aircraft, the size of a motorcycle, that’s been approved for flight operations by the FAA. So, we’re reaching out and bringing more opportunities and aviation-related activities to the field.  We don’t think other area airports are using this approach.”

Williams is also intent on expanding business opportunities both within the Airport’s perimeter and just outside of it. “On the landside, we have a small commercial park that runs parallel to a roadway, Aviation Way,” he notes. “On the southeast side of that road, we have property that belongs to the Airport. Within this area, we serve as landlords for a successful hat making company, a diesel maintenance facility, and a custom, classic car/hot rod engineering shop. Additionally, Watsonville Municipal Airport has a number of industrial centers, each offering different services – one is an exterminating service; one is a precision engineering service; one produces computer testing equipment for cell towers. So, we do have areas around the Airport that are available for commercial development.”

Regarding airside development, Williams says, “My predecessor was very astute relative to surrounding property. He purchased property at the ends of the runways to ensure on-going Airport control, and we’ve taken those properties to the next level. On one end of the Airport, we have a strawberry farmer; we have a driving range at the end of one of the runways; and we have a small maintenance area that’s used for storing low profile materials. And we’re looking for other airside opportunities – a company that’s looking to build the next generation electric car, or drones, or a solar company that wants to have a solar array on the field. A serious challenge is the entire 330 acres are critical habitat for two animals and a plant. That means that we have to go through multiple hurdles: FAA environmental, the United States Department of Fish and Wildlife, and the California Department of Fish and Wildlife. And we can assure you that they are arduous, so every opportunity has to be the right fit. We want to be very particular about what we bring here.” 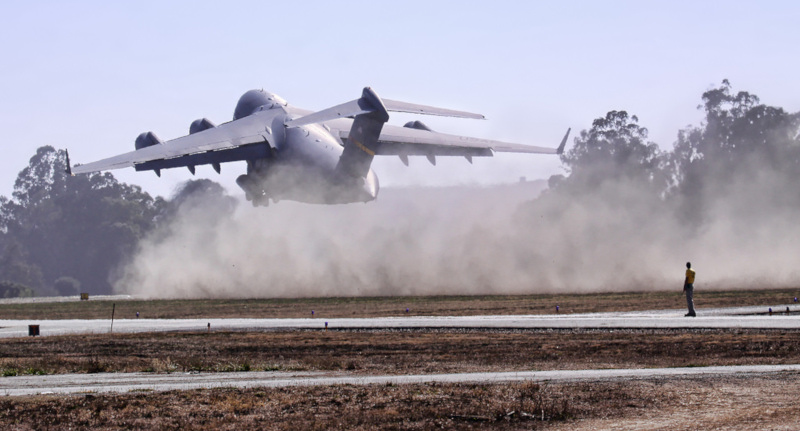 Meanwhile, being a forward-thinking GA airport is still the most important part of Williams’ agenda. “We’re on a five-year, $11 million capital improvement plan,” he states. “We’re in the second year of that plan. For us it’s basic blocking and tackling. We are a landing facility, so we must provide: (1) a safe and structurally sound landing surface; (2) a secure and space specific parking area; (3) sufficient quantity of quality fuel; (4) a welcoming and accommodating facility to include restrooms and a restaurant; and (5) reasonable access to automobiles and parking. Those are the five things that, as long as we are providing, we are okay, and we’re trying to improve each one of those.”

“Recently, we received a $1.2 million FAA grant as part of our five-year capital plan, and that’s going to help us improve our runway in terms of strength and longevity,” he adds. “We’re making improvement to our hangars and structures. We have an 80-person wait list for T-hangars. Our policy for commercial hangars is if XYZ Company wants to come in, we’d offer a ground lease opportunity; they’d come in and build it. At the end of 20 years or 30 years, whatever we come to agreement on, the City and the Airport will own the building. On the individual side: if you have a King Air, or a Mooney, or a Bonanza, we would welcome you to sign up for the hangar wait list. Our capital plan includes a commitment to build additional hangars over the next three years. T-hangars are a substantial revenue stream for Watsonville Municipal Airport.  Just the T-hangars, themselves, and the tie-downs brought in over a million dollars, last year. So, our belief is that by investing, we’ll be able to bring more to the field and increase our operation.

“At the end of our five-year capital plan, we go into the next five years. We’re working on completing our Airport Master Plan to go out for public review, probably in January of next year. The long-term plan talks about improvements to the terminal area, extending the runway, and bringing in additional hangars. Our environmental challenges restrict exactly how many we can build.”

Williams is a strong believer in the importance of general aviation airports, which account for more than 1.3 million jobs in the country and represent more than one percent of its GDP. “General aviation airports are key to the infrastructure of the national air space system,” he maintains. “They provide jobs and opportunities for employment in the aviation field, whether that’s a mechanic, a controller, or a pilot.” His own airport is 100 percent self-sustaining and, since 2013, has actually turned a profit. “At the end of June, this year, our fund balance was over a million dollars,” he says, proudly. “And we strive to use every inch of our Airport for general aviation.”

Check out this handpicked feature on The Columbia Metropolitan Airport – Focused on growth.

WHO: The Watsonville Municipal Airport 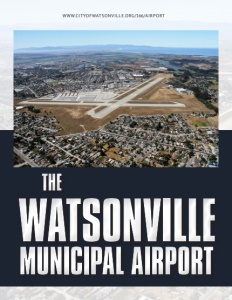