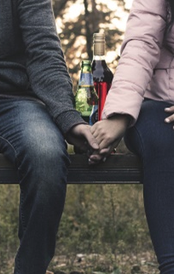 The American Addiction Treatment Association was founded in 2015 by a small group of industry colleagues – clinicians who treat addiction, professionals who work in addiction treatment on the residential and outpatient sides, and lawyers who worked within the treatment community. They came together with the goal of clarifying and developing compliance standards for the addiction treatment industry, and, according to Founding Board Chair, Harry Nelson, “normalizing it into the rest of the healthcare universe.”

“The underlying problem that we saw was mass confusion about how addiction treatment was supposed to operate,” Nelson recounts. “Beginning in 2012, the Affordable Care Act and the Mental Health Parity Act had opened up the floodgates of insurance reimbursement to give much greater access to addiction treatment, and there had been this incredible growth as a result. Treatment resources and other programs that had been around before were expanding and new programs were opening up. But it was like the Wild West. We were seeing a lack of standards.”

Up until that time, Nelson explains that addiction treatment was not funded the same way as the rest of American healthcare. “Addiction treatment sort of grew up in its own silo,” he says. “Now, it’s been pulled into the healthcare system and folded in ‘behavioral healthcare.’ But there is an enormous amount of work that has to happen to make that transition a smooth one for the benefit of the patients getting the care they need, for the benefit of the industry being able to survive, and for good operators to be able to sustain their programs and be effective. So, our aim is to take the current fragmented, regulatory landscape and de-mystify it for our members and keep them focused on what matters most: the health and well-being of their clients.”

American Addiction Treatment Association’s membership includes professional addiction treatment councilors, addiction treatment marketers, psychologists, doctors, attorneys, and social workers. “Our biggest group of members is organizations and residential treatment centers and outpatient programs,” Nelson reports. “We have a tier of membership for sober living and other supportive housing environment operators and managers, and we have a tier of membership, started more recently, for lawyers who are working in the space.

“Our goal has been to disseminate information that is hard to find on problems that are evolving quickly. And they’re not all the same problems. The people in supportive housing have a lot of issues around land use and fair housing; the issues for facility operators are often around reimbursement; marketing has its own barrel of issues. American Addiction Treatment Association is the first organization to take on the gargantuan task of simplifying and clarifying legal and clinical standards to make sure that patients and providers have the information they need – detailed, specific, on-the-spot information that no organization has been putting out until now.”

In addition to the American Addiction Treatment Association website, which Nelson calls a “treasure trove of online resources,” featuring webinars, state-by-state laws and regulations, links to insurance resources, industry news, and many other sites and services, AATA keeps its members informed by sending out regular emails and holding its own live events, as well as participating in others. “We’re working with a number of national conferences and organizations to put out our material,” says Nelson. “For example, I spent three days in Florida, recently, at the AXIS (Addiction eXecutives Industry Summit) Conference put on by C4 Recovery and we did two days of teaching on a curriculum that we established for addiction treatment marketing.”

That marketing curriculum includes a 36-hour, online, e-learning course as part of the first-of-its-kind certification program for industry professionals who want to operate ethically and in compliance with marketing best practices, while successfully navigating the complex and ever evolving regulatory and legal landscape. The Certificate in Addiction Treatment Marketing (C-ATM) is “the first time that anyone has tried to articulate what it means to market in an ethical way, and put together a comprehensive educational curriculum. And we’re getting a great reception to that,” Nelson states. 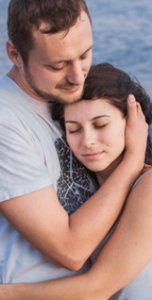 began to take on more responsibilities in the realm of advocacy, as its own members, as well as other individuals and organizations in the addiction treatment community, clamored for more and more effective, advocacy in the halls of government. “Our concern is that a lot of the legislation that we’re seeing proposed in Washington D.C. and Sacramento, and Florida is draconian,” Nelson posits, “and not set up to support the healthy, sustainable growth of the industry. We’re trying to see that we get rational laws that protect good operators, protect patients, but don’t make it impossible for the industry to provide the care that’s needed. I personally drafted a bill that’s winding its way through Sacramento to take on bad practices in addiction treatment marketing, and our goal is to create livable standards that will help support the industry.”

Nelson admits that the American Addiction Treatment Association is only one of a group of very passionate stakeholders, sometimes duking it out in the public sphere. “You have the patient care advocates; you have the treatment provider community; but you also have the neighborhoods and the cities,” he explains. “The cities have a very specific interest. The National League of Cities, who we’ve been in dialogue with, really feels that the growth of sober living homes and treatment centers in residential neighborhoods has gone on too far, so they are fighting hard on that front. The health plans are fighting aggressively for laws that tamp down on reimbursement and to limit their obligations. So, you have a lot of different stakeholders fighting. We don’t want to see draconian laws that paint everybody with one brush and don’t differentiate between good operators and operators who are engaged in fraud or abuse. It doesn’t help the situation. It just creates more confusion.”

Nelson believes that the American Addiction Treatment Association has adopted a more urgent posture, recently, in response to the current opioid crisis that has engulfed the country. “The opioid crisis is terrifying,” he declares. “It’s the worst public health crisis America has faced in decades. The death rate is climbing at a scary pace. It’s making overdoses the leading cause of death for people under 50 – worse than guns, worse than car accidents.

“The problem is that the easy response is to crack down on doctors and pharmacies and limit access to prescriptions for opioids, which has created a great opportunity for criminal organizations and cartels to import fentanyl and carfentanil coming in from China and across the border and filling the void. It’s very easy to have a reopening of the War on Drugs, but that doesn’t really solve the problem. What we really need is to get to providing evidence-based resources and access to care that gets people away from opioids, but still addresses the underlying pain that’s driving them towards illegal sources.”

“The longer term challenge is how do we address the underlying pain crises?” Nelson adds. “Part of it is a crisis of lost social connection in American life. We see the problem is worse in places where unemployment is higher, where social networks have decayed, and we have work to do to rebuild. We started the organization focused on addiction treatment, but the opioid crisis is deeply imbedded in the problem and the solution.”

While there are few positives to be seen in the opioid dilemma, Nelson concedes that it has created a similar sense of urgency in the general population. “Opioids have become a ‘soccer mom’ issue,” he maintains. “The death toll has gotten everybody’s attention and has put the issue front and center. When the attempt in 2017 to repeal the Medicaid expansion under the Affordable Care Act failed, it was specifically because nine Republican governors who had expanded Medicaid were concerned about the opioid crisis. So, I think that the opioid crisis has been ‘useful’ by generating awareness of the problem. I also think, for addiction treatment, this is creating pressure to end the separation of addiction treatment from the rest of healthcare, as well as the stigmatization of addiction. I don’t know anyone who hasn’t been touched by it in some way at this point, and I think that’s going to continue.”

It’s a lot of work for the American Addiction Treatment Association’s staff of four. Luckily, they are abetted by a five-person Board, and an advisory committee made up of 20 individuals who are very active in leading clinical and treatment organizations around the county. “We try to build a broad network of people who are committed to the same values that we are in terms of supporting and helping the industry get stronger,” says Nelson. “Addiction treatment is changing radically and we’re helping to spread effective information about how you treat people with all kinds of problems – alcohol is still a massive problem; we have the opioid problem; we have all these other drugs out there. So, there’s a critical need to develop evidence-based standards and share that information so that people are getting the care they need and programs are adapting.”

We want to get more people aware of our resources so that they take advantage of them,” Nelson says, in summation.  “We’re putting information out there to get people what they need: for patients – safety and protection in the process of recovery; and for providers – to be able to do the right thing and survive in the crazy environment in which we find ourselves.”

Check out this handpicked feature on Brantford Ontario – A Leader in Wastewater Treatment Optimization.

WHO: The American Addiction Treatment Association

WHAT: A national trade organization

Alabama League of Municipalities – The voice... 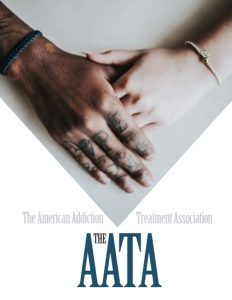