“Making cleaner choices to power our communities, institutions and businesses reduces the pollution that contributes to climate change, protects America’s health and environment and supports continued growth in the green power sector.” 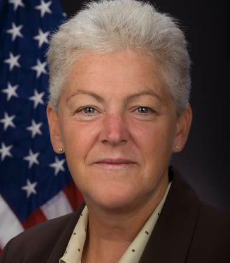 Intel Corporation continued a seven-year run as the nation’s largest voluntary user of green power, meeting 100 percent of its electricity load with renewable resources. Other technology companies in the top 10 include Microsoft Corporation (No. 3), Google Inc. (No. 5) and Apple Inc. (No. 8).

Rounding out the top 10 are Kohl’s Department Stores at No. 2, Whole Foods Market at No. 4, Wal-Mart Stores Inc. at No. 6, Staples at No. 7, the city of Houston, Texas at No. 9 and the U.S. Department of Energy at No. 10.
For the eighth straight year, EPA is also encouraging increased green power use among higher education institutions through the College and University Green Power Challenge. Out of the 33 competing conferences, the Big 10 was conference champion, collectively using more than 309 million kWh of green power annually and avoiding carbon pollution equal to that produced by the electricity use of more than 30,000 American homes.

The University of Pennsylvania was the top individual school in the challenge for the seventh year in a row, purchasing more than 200 million kWh of wind power annually – more green power than any of the 78 other competing schools.

Green power is a subset of renewable energy and represents the renewable energy resources and technologies that provide the highest environmental benefit. EPA defines green power as electricity produced from solar, wind, geothermal, biogas, eligible biomass, and low-impact small hydroelectric sources. More than 1,200 organizations are purchasing more than 28 billion kilowatt-hours of green power annually, avoiding carbon pollution equal to that created by the electricity use of more than 2.4 million American homes. 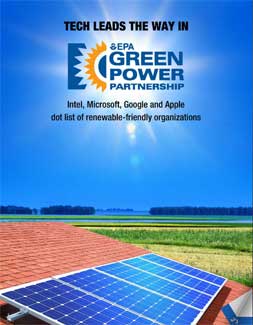