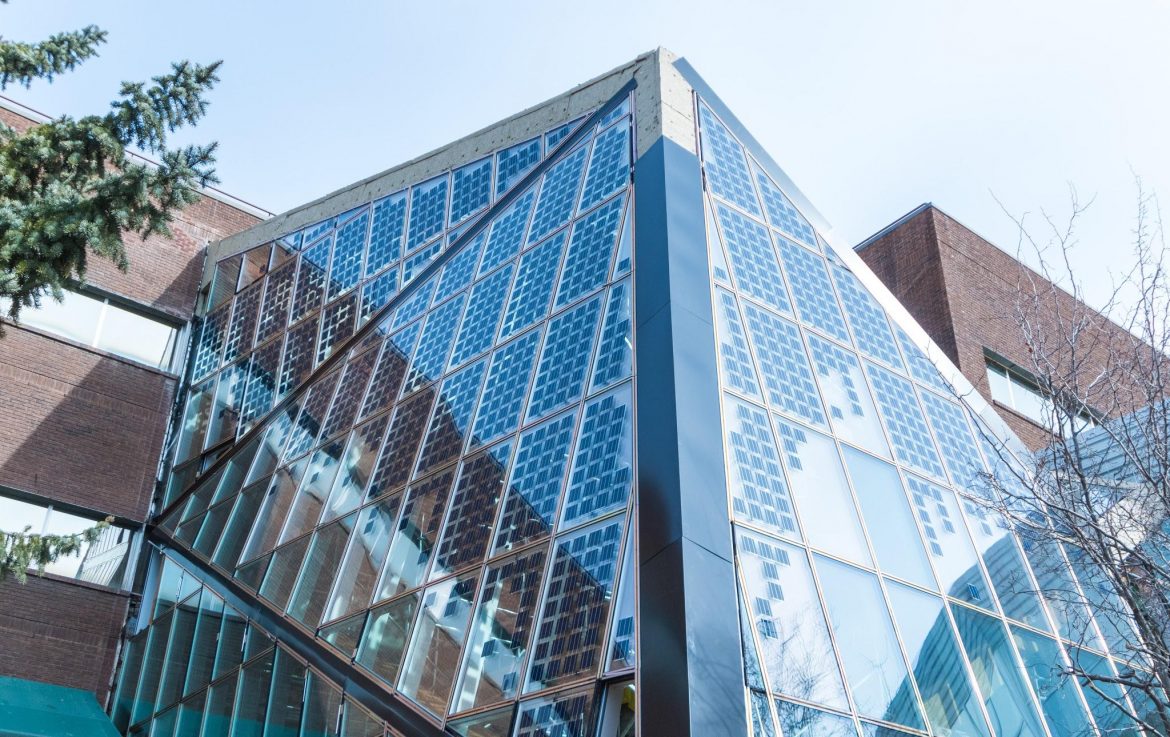 Business View Magazine interviews representatives of the University of Alberta as part of our focus on sustainable programs and practices.

The University of Alberta is a public research university located in Edmonton, Alberta, Canada. Founded in 1908, today, the U of A comprises five campuses: North Campus, South Campus, Enterprise Square, and Campus Saint-Jean in Edmonton, and Augustana Campus in the city of Camrose. The university has over 39,000 students from Canada and 150 other countries who participate in 400 programs in 18 departments. The U of A has consistently ranked as one of the top five universities in Canada and one of the top research universities worldwide. It is a major economic driver in the province — with 15,000 employees, it ranks as Alberta’s fourth-largest employer.

In addition, the U of A is a long-time leader in the area of sustainable practices and energy management programs. “We’ve been practicing sustainability for many years,” says Mike Versteege, Manager of the University’s Energy Management and Sustainable Operations unit. “Before the word even hit the dictionary. It’s something we’re proud of.” In fact, over 40 years ago, in order to reduce costs, the U of A began incorporating sustainability into its facilities and operations, focusing on the reduction of resources—electricity, water, natural gas—used to power its buildings and infrastructure. It is estimated that the U of A’s energy management has saved it over $350 million since 1975, not to mention the concurrent reduction of 2.5 million tons of greenhouse gas emissions.

“Over the years, we’ve focused on operational efficiencies in terms of energy reduction strategies,” Versteege says. “Now, we’re also looking at how we can create new high-performing buildings, and retrofit existing buildings to perform more efficiently. We’re also looking at what types of energy sources we’re using; instead of the traditional grid electricity, we are now starting our own onsite generation of renewable power, while addressing climate change and reducing our carbon footprint.”

Currently, the university’s district energy system, the fifth-largest campus system in North America, efficiently heats and cools the entire campus using cogeneration and natural gas fuel. The cooling plant on campus produces and stores chilled water in a thermal energy storage system during off-peak hours when power prices are lower. The Jeanne and Peter Lougheed Performing Arts Centre on the Camrose campus boasts the largest building-integrated solar photovoltaic system in Canada, with 488 solar panels. Approximately 780 kilowatt hours of renewable and alternative energy capacity is planned to be installed institution-wide by 2020.

Funding for many of these projects comes from borrowed money. “We work on a financed model, where we borrow money externally and then pay back the loans via the energy savings and the cost avoidance,” says Versteege. “And that’s been going on since 2004–05. I’m in the middle of a $35-million program; I’ve completed almost three years, with two years left to go, and the development of the next program is underway. It’s an ongoing commitment of the university.”

The university’s Office of Sustainability focuses on three areas:  facilities and operations, teaching and research, and embedding sustainability into the campus experience. This is accomplished in part by promoting the campus as a “living lab” for the exploration and advancement of sustainable practices. “There are about 30 student clubs on campus that are connected to sustainability,” Innes says. “For example, there’s an energy club that brings in visiting speakers to explore new technologies; there’s an eco-car team; there’s an environmental and conservation sciences students’ association. They all have slightly different areas of focus, based on their connection to their studies and interests.”

“We also have a very close relationship with Sustain SU, which is the student sustainability service run out of the Students’ Union,” Innes continues. “We work with them by sponsoring selected programs. They run a bike library, where students, staff, and faculty can borrow bikes. The bike library also offers tools, resources, and education to help people learn how to fix their bikes. Sustain SU also runs a reusable dish program and we provided the funding to support that work. We also collaborate closely on a Student Sustainability Summit that happens each January, where we bring together students from around the province to have a deep dive into particular sustainability topics and to develop their change-agency skills in leading sustainability work.”

“Some of those energy clubs, in particular, I will reach out to if we’re working on some unique or special initiative, or where we may need a lot of foot soldiers to gather or perform analytics on data,” Versteege says. “So, we do engage the energy clubs, quite often. And there are a lot of opportunities to bring students, faculty, and researchers in to look at or study what we’re doing, especially on new or emerging technologies. So, our facilities and our infrastructure become part of the research.”

“There is an undergraduate research initiative where students can opt in to working on projects that we’ve identified,” Innes adds. “We have a Sustainability Scholars program, where, with the City of Edmonton, and Stantec (an international design and consulting company), we place graduate students to work on sustainability challenges over the summer. The idea is that the research and work that they’re doing will be immediately applied in that institution. There’s a whole range of projects that the scholars would work on — everything from draining structures to surplus food redistribution, to green renovation, and so on.”

Another one of U of A’s institution-wide programs is its community gardens. “We actually have a number of them across our campuses,” Innes relates. “One of them is a garden with global impact. The Green and Gold garden fundraises for socially and economically marginalized women in Rwanda; they sell their produce and send the money overseas. One of our gardens is called the Prairie Urban Farm; this was an idea of our Faculty of Agricultural, Life, and Environmental Sciences. They have about an acre of land where they are bringing in the community to learn about urban farming techniques and they also sell their produce at the farmers market here on campus. Another garden is on our francophone campus, Campus Saint-Jean. It’s a great way to invite community members in to learn about the campus and what they’re doing.”

Another way in which the U of A spreads its sustainable ethos throughout the greater community is via outreach to the area’s school children. “We have been invited, on a number of occasions, to speak to elementary or high school classes on various topics, such as carbon emissions, solar power, or energy efficiency, and lessons learned, and what things we are doing on campus in terms of energy and renewable technologies,” says Versteege. “Every year, we also conduct a ‘Voices of Nature’ concert, where we bring in classes from grades four and five. A performing arts group will perform, sing, and dance about various topics relating to sustainability. They’ll pick a theme; one year it might be a water theme, it might be energy, waste, or recycling. We’ll bring the students in and they’ll be active participants in the concert; their families and the broader campus community are also invited to attend.”

In addition to being recognized as one of Canada’s greenest employers for nine years in a row, Innes reports that the U of A has just been accepted to become part of the International Sustainable Campus Network. “That network only lets in institutions that have a record of performance,” Innes concludes, proudly. “We’re one of a small number of schools around the world that have been accepted.”

WHO: The University of Alberta
WHAT: A world-renowned research institution
WHERE: Edmonton, Alberta
WEBSITE: www.ualberta.ca 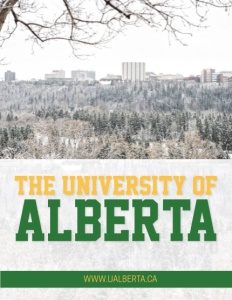