A phenomenal quality of life

Business View Magazine interviews representatives of Clarington, Ontario as part of our focus on economic development in Canadian cities.

Clarington Ontario is a lower-tier municipality in the Regional Municipality of Durham in Ontario, Canada. It is located on the northern shore of Lake Ontario, and is part of the GTHA – the Greater Toronto and Hamilton Area – Canada’s largest and fastest growing urban region. “We’re the eastern most part of the GTHA,” says Mayor Adrian Foster. “The tagline is that the sun gently caresses Clarington before it reaches the rest of Toronto,” he adds, a bit more poetically.

Clarington was originally incorporated in 1973 as the Town of Newcastle with the merging of the Town of Bowmanville and the Townships of Clarke and Darlington. In 1993, the municipality was renamed Clarington, a blend of the names of the original Townships of Clarke and Darlington. Today, Clarington is comprised of four urban centers: Courtice, Bowmanville, Village of Newcastle, and Orono, and 14 rural hamlets. “We’re a community of communities,” says Foster. “We’ve got the four urban areas and we’ve got the rural agricultural sector. So our community of Clarington really has quite a bit of diversity. We’re the largest geographic area in the GTHA (236 square miles) and within that area is this mixture of uses and opportunities.”

“Our community is a blend of rural and urban centers and it will always remain that way,” says Sheila Hall, Clarington’s Economic Development Director, “80 percent of our land is protected by various provincial legislation.” The northern part of Clarington is dotted with more than 400 farms; its urban centers are located in the south, on Lake Ontario, with connections to both road and water routes. “We’re one of the only municipalities in Durham that has two north/south transportation spines, for transportation to northern Ontario, along with two east/west spines, being 407 and 401, which is a real benefit to distribution companies,” she adds. “We’re also within a two or three hour drive to U.S. borders for getting product down into the States and back up to Canada and we’re in close proximity to a deep sea water port.”

Today, there is a great deal of growth and economic activity taking place in Clarington’s urban centers. “We currently host three of the top one hundred infrastructure projects in Canada,” says Foster, “The first is the Highway 407 expansion at $1.3 billion – that’s the extension of the highway into Clarington – it goes right across the GTHA.

“We are home to Darlington Nuclear – that is a $12.8 billion refurbishment going on right now. Darlington provides about 20 percent of the electricity needs of the Province of Ontario. That plant is four reactors and what they’re doing is refurbishing one at a time, so you’ve got a major project going on at the same time the other three reactors are running.

“The third is Port Granby.  This is an historic, low-level, nuclear waste cleanup – this is stuff that they used to put in luminescent dials – that’s $300 million out of a $1.3 billion project, where they’re, essentially, moving that away from the lake and creating a new, stable, modern landfill.  At the end of the day, we hope they will be creating a significant, natural preserve. They’ve got a huge amount of land they don’t know what to do with and we think it should just be left as a public nature preserve for the future.”

Another project, destined to bring both people and jobs to Clarington, is the planned arrival of the GO Train line into town. GO Transit is Southern Ontario’s regional public transit system, employing both diesel trains and coach buses. It carries approximately 70 million passengers per year. “The Province has been kind to us,” Foster states. “The GO Train is slated for extension. We’ve had money, finally, red-circled on that, and in 2024 we would see that come through Oshawa and into Clarington. That has the potential for about a billion dollars of private investment and 21,000 jobs, if we look at what would be developed immediately around the GO train stations.”

Other notable economic news in Clarington includes the opening in 2019 of a new, 30-acre Toyota Corporation distribution center that will be servicing all of eastern Canada. Also, with the incipient legalization of recreational cannabis this coming summer, plus the fact that medical marijuana has been legal in Canada since 2001, Foster believes that within a few years, with a significant number of cannabis producers already in town, and a new one soon to open, the industry can become the city’s second largest employer, after the Darlington power plant, which currently employs 2,000 workers directly and another 4,000, indirectly.

With all of this ongoing, as well as potential development, 27,000

more people are expected to reside in Clarington by 2026. Thus, new housing construction has lately become a major economic driver. “Because of the 407 coming through, access to Toronto is getting far easier and, with the announcement of the GO Train coming, developers are moving ahead and assembling plans,” says Foster. The GO Train extension, alone, is expected to spur the construction of 6,000 residential units.

In order to restrict urban sprawl, Hall reports that the Province of Ontario is mandating that municipalities plan their growth to mostly take place via higher density projects. So, in Courtice, for example, one of Clarington’s four urban centers, 500 new housing units are being developed in its central core. “That is a significant intensification in the heart of Courtice,” says Foster. “Three buildings of varying heights – the tallest is 12 floors. It’s a gorgeous setting: a series of town homes, right on a ravine. And the GO train is driving a lot of development, so, on the west side of Bowmanville, there’s a significant amount of development.”

City Administrator Andy Allison says that the city encourages development with a variety of initiatives. “We have what we call Community Improvement Plans,” he explains. “Through these planning initiatives, we’re trying to incentivize different types of development within our communities and provide some grant monies to improve our urban areas. And we have something called Development Charges, which is our way of collecting from new development the costs that are associated with that new development. Our municipality has a fairly aggressive approach to incenting development by waiving some of those fees to try to encourage investment to come into our community.” “That’s one of the reasons that Toyota came here,” adds Foster. “The amount of work that our staff puts into showing the merits of the community.”

Mayor Foster also reveals some items on his wish list. “We have a factory that’s been around since the turn of the century and it recently closed.  It’s in a gorgeous location, right in the Bowmanville valley. That valley is an absolute gem – right in the middle of Bowmanville with a creek running through it. And, we have a piece of property here that used to be a prisoner of war camp, called Camp 30. We’re working with the community and partnering with public and private sector partners to see what we can do to preserve the heritage of that site and try and see if we can redevelop it. This property looks like it should be bulldozed; it’s not a very presentable site, right now, but has some very significant heritage features. So, you’ve got these old historic buildings – some of them with a lot of character – with potential.”

Speaking of character, what Clarington offers its residents is the best of city living, including good jobs, improved access to Toronto and the rest of the GTHA, and a wider choice of affordable housing options. It also has greenbelt protected farmlands, waterfront trails alongside Lake Ontario, and close access to the fishing, hiking, boating, and mountain biking opportunities of the Oak Ridges Moraine, a 730-square-mile expanse of rolling hills and river valleys, just north of the GTHA. “There’s a ton of stuff to do here,” says Foster, in summation. “The quality of life here is phenomenal.”

WHERE: In the Durham Region of Ontario east of Toronto

Covanta Durham York Renewable Energy – The Covanta Durham York Energy Centre (DYEC) is a waste management facility that produces energy from the combustion of garbage. The DYEC safely processes 140,000 tonnes per year of residential garbage that remains after maximizing waste diversion programs – reducing, reusing, recycling and composting – in Durham and York Regions. 17.5 megawatts of renewable energy is generated by the Energy from Waste (EFW) process – enough to power approximately 10,000 homes – which helps to conserve fossil fuels. Additionally, the facility has the ability to use steam energy for district heating in the future. By using state-of-the-art pollution control systems and proven, reliable EFW technology, the DYEC meets the most stringent environmental standards; reduces greenhouse gas emissions compared to the existing landfill option; and reduces the overall volume of garbage being sent to landfill by up to 90 per cent. – www.covanta.com

St. Marys Cement – Founded in 1912, and based in Toronto, Canada, St. Marys Cement Inc. manufactures cement and related construction products, including Portland cements, blended cement, slag cement, and masonry cements, as well as other supplementary cement products in bulk and as bagged product. The company offers its products for the development and renewal of buildings and infrastructure projects. – www.stmaryscement.com 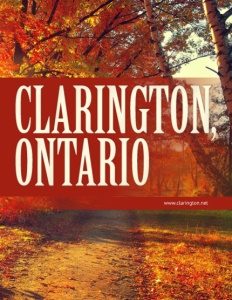