Majestically located on a deepwater ocean inlet in the south-central heart of Vancouver Island, Port Alberni is a friendly and affordable lumber and fishing town with a bright future as an outdoor adventure location. It is the largest city and commercial hub of the Alberni-Clayoquot Regional District, with a current population just over 18,000. The total regional population is more than 31,000. 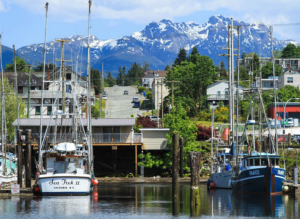 Mayor Mike Ruttan is a hometown Port Alberni boy, intent on forging creative solutions for growth, sustainability, and development of this active, resource-based community. “I grew up and went to school here, went off to University bent on making my fortune somewhere else, and swore never to return,” Ruttan recalls. “Eighteen years later, I came back with my wife and four kids. I certainly never thought I’d go into education and be principal of the very high school I graduated from and have the pleasure of being involved in designing and establishing a replacement for that school. I’ve been Mayor since Dec. 1, 2014 and that’s my one and only shot at municipal politics to this point. It’s long days, but I love it.”

The city is ambitiously working on six sectors of the economy, simultaneously: aerospace, education, agriculture, tourism, forestry, and shipbuilding. In 1860, the first sawmill in B.C. was constructed in Port Alberni. That was the beginning of significant economic activity from the forest industry in the Alberni Valley that continues to this day. Island Health is technically the largest single employer within the city, but of the 8,500 full time jobs in the Alberni Valley, approximately 2,500 are directly or indirectly related to forestry. Among those businesses, are a paper mill and five saw mills of various sizes, as well as harvesting companies. In partnership with other municipal leaders on the coast, the city is working on a number of forestry-related initiatives to help diversify products; creating far higher value out of the harvested fiber.

Port Alberni Economic Development Manager Pat Deakin explains, “We’re supporting the existing forestry industry and infrastructure by developing a wood biomass, eco-industrial cluster. The idea is to take residual wood and waste wood and derive high value from it, making sure there is no waste from any company’s effort. For example, we have a start-up business that will be making oil from cedar saw dust. The oil will be turned over to another company to make torrified (burned at high temperature) wood pellets. The advantage of a torrified pellet is it doesn’t soak up moisture and split like normal wood pellets.”

On the aerospace side, Coulson Group of Companies in Port Alberni is modifying Boeing 737s and Hercules C130s into firefighting/wildfire suppression aircraft. And they have a memorandum of understanding in place with Airbus to modify their C295s for the same purpose. The company is also focusing on infrared and thermal imaging technologies to extend their wildfire suppression efforts over the night. They are the only company in the world that fights fires 24 hours a day.

Port Alberni is home to one of four federal ports on the west coast of Canada. It has the greatest average depth of any Canadian port and is very large by area but small by volume. To take advantage of this tremendous potential, the city is in close partnership with the Port Authority to increase usage. In the works – plans to build Canada’s largest trans-shipment hub at Sarita Bay at the mouth of the port. Deakin notes, “In the ocean marine industries, we’re also doing a business plan for a floating dry dock that is badly needed here on the west coast because the two dry docks on Vancouver Island are booked a couple years out, and one of them only takes smaller vessels. So, we’re moving into mid-sized and larger-sized vessels with this dry dock proposal. A private sector company, Canadian Maritime Engineering (CME), has committed $12 million towards the $48 million project.”

At the same time, CME is building a 22,000 square foot fabrication shed at that site to expand its business. “We have B.C.’s oldest continuously operating shipyards here in Port Alberni,” Ruttan reports. “They started in the early 1900s and CME owns the property now. The original site is awkward; they can’t work on big projects there and they have no room to expand. So, they bought some city-owned property right on the harbor and are in the process of developing it.”

The city has undertaken a Sector Diversification by Data Design (SD3) project to address economic diversification. The Province of B.C. pilot program analyzes employment, employment income, and revenue figures by industry, to identify trends taking place in the community between the 2011 and 2016 census periods; seeing which sectors are strongest in growth and then deciding how to support those sectors.

“Ocean marine and forest industry are two of those sectors,” says Deakin. “We found that spending on healthcare and education trumps any private sector spending being done in the region. However, there’s another category: Professional, Scientific, and Technical – revenues for the firms that reported under the NAICS (North American Industry Classifies Standard) doubled between 2011 and 2016. Now, we’re going to dive deeper to see what’s going on in the community that’s escaped our attention, because that’s truly significant growth and a very exciting development in our diversification efforts.” 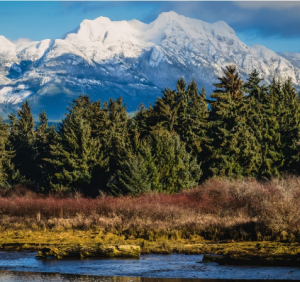 Lack of housing inventory and rising prices in Port Alberni have become a major sticking point for residential growth. “As a municipal area, we had the third highest increase in assessed housing values (up an average 22 percent) on Vancouver Island in 2017,” says the Mayor. “And we are still, by far, the most affordable community on the Island. So, we have some fairly large demands in housing because they go on the market and are sold within 24 to 48 hours. Some are sold sight unseen.”

The housing shortage presents particular challenges for large employers like Coulson, the school district, and the hospital when they hire new staff. Ruttan says, “We’re hearing stories of people who accepted a really good job here and can’t find a place to live, or a seat in school for their children. And they end up having to leave.” The problem also affects the quality of housing for people on the lower end of the scale. Port Alberni went from having the highest average household incomes in the province in the ‘70s and ‘80s, to today’s current ranking as one of the lowest. The situation is causing angst in many quarters and reinforces the city’s focus on diversifying the economy.

The local senior population is growing and so is the need for suitable accommodation. Some major housing developments on tap will, hopefully, improve the issue. Twenty-three acres on the site of the former high school were sold to private developers for a 300-400 million dollar project over the next three to six years. Another housing development just up the street has 65 lots – over 80 percent were presold when it came online. And two other significant chunks of property for sale in the same area have various developers considering what type of housing would be appropriate. In the downtown core, final reading has just passed on a proposal for an existing mall, where the owner/developer is putting ground level commercial and four stories of accommodation above. It’s expected to be filled immediately upon completion.

“Coulson actually leases 50 percent of one of our motels to provide accommodation for their new employees,” says Ruttan, “because there just aren’t rentals easily available. It’s a problem when you’ve got a six-foot engineer moving to town for a high-paying job and they can only find a basement apartment with six-and-a-half foot ceilings. We do have land available for development and we’re definitely open for more investment. We’re actively looking to expand the city, in fact, we have one industrial and one commercial expansion on the go now, and another in the pipeline. All inquiries are welcome!”

Attractive to businesses, residents, and tourists, alike, Port Alberni is a gem of potential on Canada’s west coast – a city with its vision clearly focused on a progressive future. Of course, it’s not all business. When it’s time to put out the “Gone Fishing” sign, Port Alberni is the place to be – designated as the Salmon Capital of the World and the World Fishing Network’s “Ultimate Fishing Town.” 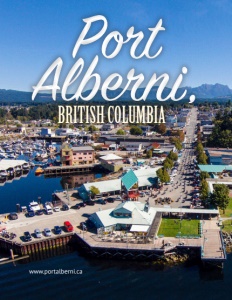