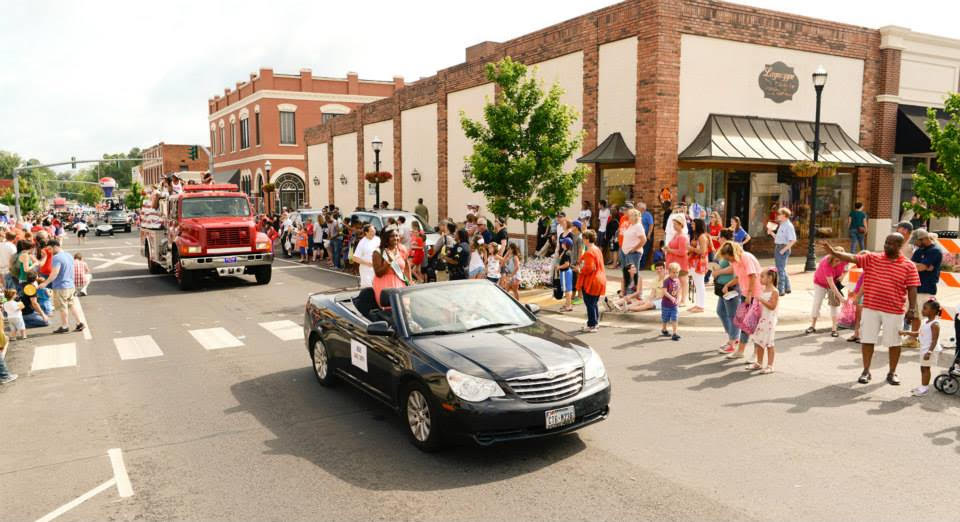 Ronny Walker has been the mayor of Ruston, Louisiana for a little over two years. But it has been a momentous span with an entire re-imagining of the city’s social network, leading to growth in industry, population, and quality of life. This city is, in its own words, open for business.

“If we back the story up,” explains Walker, “it all began about a decade ago with the city going through quite an extensive visioning process. It was called Ruston 21, and they had formed committees, looked at where the city was going, all that kind of stuff. There’s a great document.  The problem was, it was about 242 pages long and nobody read it. You know, it was mostly words, not a lot of graphs or pictures or anything. So, I wanted something that not only people could read, but they could see where we were trying to take the city in the next 15 to 20 years.  So, we created Ruston Re-imagined which is a document that we will be re-doing every five years. It kind of tells you the vision that we have for the city and we use it when we are recruiting a company, if a family’s thinking about moving here, anything like that.”

First and foremost, the plan meant grasping what Ruston was as a community, because although Louisiana Tech University is in Ruston, and Grambling State University is just a few miles down the road, for some reason, Ruston always saw itself a town with a university in it, rather than a university town. The city has 24,000 residents, 13,500 of which are associated with the University. It is a big part of who the city is.

“Grambling has another six thousand and many of them live in Ruston,” says Walker, “but let me give you an example of what I am talking about. I know this is going to sound weird to you but, up until 12 years ago, the city of Ruston was dry. There was no alcohol sold anywhere; you couldn’t go into a restaurant and sit down and have a glass of wine. Twelve years ago, the Chamber of Commerce passed an ordinance where you can’t have a stand-alone bar, but you could have a bar with that restaurant. But part of that ordinance was that the bar had to close at 12 o’clock at night, which, in a college town… it all seemed crazy. So, in the last year, we have changed that ordinance to where they can stay open until 2 AM. And, instead of having their full menu until 2, they can actually go to a bar menu or appetizer menu at 9 o’clock. So that helped not only drive new restaurants here, but also helped the ones that were here. I mean, college kids don’t even go out until 9:30 or 10 now. The old rules made no sense.”

Walker mentions some other ways in which Ruston re-imagined itself: “In my first year in office, I actually went to the people and said, ‘Look, we got a hundred and fifty million dollars’ worth of infrastructure needs. We need to have more quality of life things like bike trails, things that we did not have.’ So, bottom line is we passed a three-quarter cent sales tax increase just nine days after the state had added a one percent sales tax increase. The people went for it and we are in the process, right now, of starting about 80 million dollars in infrastructure work – everything from new streets, to new water and sewer lines, to a new animal shelter, to a new sports complex that will be one of the most environmentally-friendly sports complexes in the country. All the rainwater runoff will be used for irrigation. And then, everything that’s sold in the concession stands will be served in a recyclable container. Our city started a curb side recycling program in January of this year. And the thing is, our city has really embraced all of the changes and our partnership with the university has never been stronger.”

And then there is Monster Moto, a company which produces youth motorized bikes and go-carts, and was looking to move its manufacturing from China to the United States, and more specifically to Texas.

“We were working with this locator who helps companies find new places,” says Walker, “and Monster Moto was looking. They had selected a city in a neighboring state and basically, we just begged, and borrowed, and everything else to get them to come here and look at us. They came for a day and a half. We showed them the town. We talked about how special this town is.  We had businesses that are locally-grown businesses that could be located anywhere – Dallas, New York, Dubai, wherever, but they’ve chosen to keep their home offices here. Then the real sales pitch was, we took them to the engineering building at Tech, expecting to be there an hour or two, and they spent four and a half hours down the basement of the engineering building, talking to students and seeing what the students were doing on eco-cars and everything else, and they just fell in love with what that university could provide.  But they had already committed to go to Texas.

“About three weeks later they called and said, ‘Hey. This isn’t exactly what we thought we were going to get in Texas. You know, let’s talk some more.’ The only thing we did from an incentive standpoint was we had an old airport here in Ruston that was partially used for some recreational soccer fields but then the rest of it was just vacant. So we turned that into an industrial park. We actually donated some land to what we call LEDC, which is Lincoln Economic Development Corporation, in Lincoln Parish, where we are located. They turned around and negotiated a very reasonable lease to a private investor here in town, who built a hundred-thousand-square foot building to Monster Moto’s specs. Then we guaranteed the lease for two years. Since this was a relatively new company, we guaranteed that if the company should go broke or go out of business, we guaranteed the lease for two years or we can buy it back at a discounted price.”

This is a city that took a risk and reimagined itself as a better representative of who it really was. And when it did that, everything just seemed to fall into place. (Well, finding itself plus the hard work of infrastructure building and taxation). But it really seems it asked, and continues to ask, what would make people want to live here, work here, and how it can be made better. And every decision flowed from that new vision.

For example, Ruston took the old Rock Island Railroad track which ran north to south and had been abandoned for twenty years, and created six miles of bike trails that are just a short distance from more than half of the homes in the city. The city also created new streets and built a new exit from the interstate.

“We always had a very vibrant downtown,” Walker adds. “The previous mayor started what they called Streetscape about ten years ago, which was about taking certain streets downtown, burying all utilities, doing some flowerbeds, upgrades to the sidewalks, lighting, and things like that. So, we’re continuing that process and we have a very, very vibrant downtown with lots of restaurants and shops.

“Another thing we did my first year in office was to bring in the State Fire Marshall as part of what we called the Upstairs Development Initiative. He came in and explained to our folks how they could take those upstairs lofts that were not being used, were not in commerce at all, and turn them into living areas. We love the idea of bringing in people to the downtown core and attracting Millennials who seem to love to live downtown. And we have had quite of few of those buildings turned around like that.

“We’ve also taken an old water warehouse, a metal storage building, and gave it to our farmers market in town that used to meet in a parking lot. Now they have a huge, vibrant, indoor facility that is just the hub of activities on Saturdays. They have music; they have food; they have produce; they have flowers. I mean, it’s just incredible. So much so, that we’re enlarging it.

“We have bought the old post office building that was built in 1909 and are in the process of restoring it back to its original grandeur and making that into an art gallery, right across from what we call our Dixie Center for the Arts. We took an old diesel generating plant and we are turning it into apartments. All of our focus is geared to downtown.

“I think the biggest thing is that we’re growing and we want new businesses and companies to come here,” Walker concludes, “We are totally open for business. We are going after business. We want them. Everybody I meet that says they used to live in Ruston, I always tell them they can come home. We want people to come back to Ruston – and bring their businesses with them!”

WHO: Ruston, Louisiana
WHAT: A city of 24,000
WHERE: In Lincoln Parish, in the Eastern Ark-La-Tex region
WEBSITE: www.ruston.org

Hunt, Guillot & Associates – HGA is a multi-disciplined, project management & engineering services firm, providing professional services to an extensive portfolio of customers throughout numerous industries. Founded in 1997, over the years, HGA has grown from a single trailer to thirteen locations throughout Louisiana, Texas, Alabama, and New York, providing services in over 30 states, Canada, and Mexico. – www.hga-llc.com 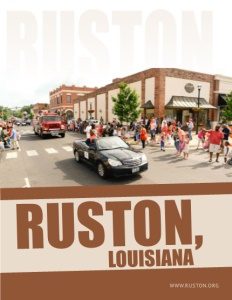