Hercules, California – The dynamic city on the Bay

Hercules is a city in western Contra Costa County, California, situated along the coast of San Pablo Bay, about 10 miles north of Berkeley, and 25 miles northeast of San Francisco. Hercules was founded in 1881 as a company town for the Hercules Powder Company, one of several explosive manufacturers that were active in the area in the late 19th to the mid-20th century.

“The California Powder Works left San Francisco, where they manufactured black powder, because they kept blowing things up,” quips City Manager, David Biggs. “They came out to what was, then, completely undeveloped Contra Costa County, bought the land here, and established a dynamite factory. The name Hercules comes from the brand name of their black powder, because Hercules could move mountains.”

By 1917, the Hercules Powder Works had become the largest producer of TNT in the country, but explosives manufacturing began to taper off in the 1960s and ‘70s. This allowed hundreds of acres of protective buffer land to be reused for other purposes, and Hercules began its transition to the bedroom and commuter community it is known as, today. In addition, the Pacific Refinery Company, which opened in Hercules in 1966, and provided hundreds of good paying jobs for residents, ceased operation in 1995, and returned its land to the city in 2000, further accelerating Hercules’ reinvention.

That year, the city chartered an urban-design-based land use planning effort with the intent of balancing the preservation of its undeveloped land with the redevelopment of its formerly industrial waterfront to create a transit-oriented, pedestrian-friendly, mixed-use town. And, unlike many former company towns that have become ghost towns when their main economic drivers moved out or closed down, today, Hercules is a thriving community of 25,000, whose main efforts over the last few years, according to Biggs, have been focused on the transformation of the 40-acre waterfront site, where the dynamite factory used to be, and the reconnection of the city to other Bay Area cities and towns.

“The hallmark project we’re working on is called Hercules Bayfront,” Biggs reports. “It’s a public/private partnership that eventually will have up to 1,400 new residential units, a hotel, and a new downtown with retail, commercial, and office space. Most people just drive through Hercules, so the idea is to create a little downtown on Bayfront Blvd. as a destination for dining and some level of retail. It’s been designated a California Catalyst Project by the state, meaning it’s been recognized as an example of how development could take place as part of a transit-oriented community. The centerpiece will be our Regional Intermodal Transportation Center (RITC), which is going to be the only place on the west coast where there will be a single connection point to bus transit, rail, and ferry.

Biggs explains that Hercules’ location at the junction of State Highway 4 and Interstate Highway 80, which is the main east/west thoroughfare between Sacramento and San Francisco, makes it an ideal place for such a transportation hub. “Highway 80 is one of the most congested highways in the United States, and the congestion, each morning in the commute, starts here in Hercules,” he says. “We already have an existing Hercules transit center, which is utilized for bus transit and informal car pooling. We have express buses operated by our transportation agency, WestCAT, into the San Francisco Transbay Terminal, and we also have express buses that go from here to connect to BART (Bay Area Rapid Transit) at El Cerrito del Norte, about a ten to fifteen minute ride away. So, people are already used to getting off the freeway, here in Hercules, and accessing alternate means of transportation.”

When complete, the new RITC will further reduce the need for vehicle travel while delivering affordable and convenient alternative transportation options and connections to local and regional destinations and activity centers. It will feature a new train stop along the Capital Corridor between Richmond and Martinez stations, as well as accessibility from the newly extended, John Muir Parkway, which is the terminus of Highway 4 in Hercules.

The old refinery site has already been redeveloped 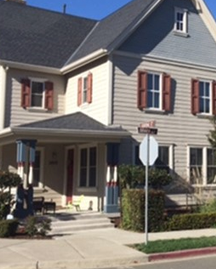 into an award-winning, new urbanist community, called Victoria by the Bay, one of three new urbanist communities near the waterfront. New Urbanism is an urban design movement which promotes environmentally friendly habits by creating walkable neighborhoods containing a wide range of housing and job types. New Urbanists support: regional planning for open space; context-appropriate architecture and planning; adequate provision of infrastructure such as sporting facilities, libraries, and community centers; and the balanced development of jobs and housing. They believe their strategies can reduce traffic congestion by encouraging the population to ride bikes, walk, or take the train.

Other planned and ongoing projects in Hercules include:

The Chelsea Wetlands – 12 acres of wetlands to be restored and preserved for improved habitat and flood capacity.

Franklin Canyon – A 483-acre protected open space area owned by the Muir Heritage Land Trust for recreational uses and livestock grazing, and with a network of public trails.

Muir Pointe – 144 single-family residences on a 16-acre parcel on John Muir Parkway, adjacent to the North Shore Business Park and the Waterfront district.

Sycamore Crossing – A small retail center that will also feature the city’s first hotel, a 105-room Hampton Inn & Suites, plus some additional commercial and/or retail uses and residential.

Hill Crest – A 44-acre, former brownfield industrial site to be remediated and transformed into a residential and possibly commercial location.

In addition, Biggs says that the city has an expansion and upgrade of the wastewater treatment plant that it shares with the neighboring municipality of Pinole underway – a $52 million project. “That’s designed to give us sufficient sewer capacity to accommodate all the development taking place, plus meet higher water quality standards, and be a good steward from an environmental perspective. That’s being financed with a loan from the state’s Water Resources Board and supported and repaid by rates paid by local users. It’s a significant investment of public infrastructure.”

What began over a century ago as a small company town that made explosives, today Hercules, California is a beautiful, waterfront community with handsome homes, safe neighborhoods, dedicated open space, access to roads, rails, and trails, and many new projects on the drawing board. “It’s a dynamic and diverse community,” Biggs declares. “And we want to make the most of our great location in the East Bay and have more people live, play, and shop here, while continuing to provide a high quality of life for our residents.”

WHO: Hercules, California
WHAT: A city of 25,000
WHERE: Along the coast of San Pablo Bay, northeast of San Francisco
WEBSITE: www.ci.hercules.ca.us

Lewis Management Corp. – Lewis Management Corp. is part of the Lewis Group of Companies, one of the nation’s largest privately held real estate development firms. The Lewis Group focuses on developing mixed-use, planned communities and residential subdivisions in California and Nevada, as well as building and owning rental communities, shopping centers, and office and industrial parks. Since 1955, the Lewis organization has developed new communities totaling in excess of 25,000 acres and housing more than 100,000 families. – www.lewisgroupofcompanies.com 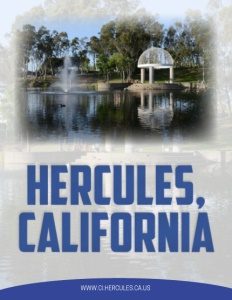