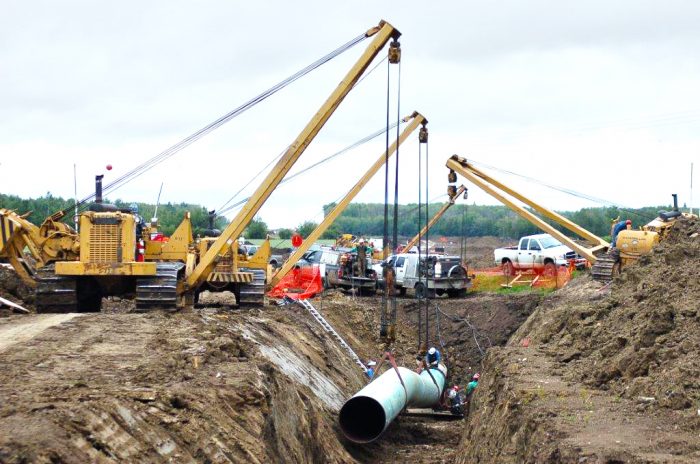 Since its founding by William Waschuk in 1966, Waschuk Pipe Line Construction Ltd. has laid over 5,000 miles of pipeline ranging from 2″ to 60″, in over 162 completed projects. Today, it is one of the largest privately owned pipeline construction companies in Canada. Wes Waschuk, it current President, and son of William, talks about its early days and subsequent growth:

“My father, who was a welder, did a lot of welding in the 1950s and early ’60,” he begins. “He was an ambitious, independent person and liked to be his own boss, so in 1965, he decided that he wanted to start his own business. He got a small bank loan, bought some equipment, and bid on his first job – one mile of two-inch pipeline for 34 cents a foot.

“It took ten or fifteen years to start doubling the size of the company, and over time, by investing profits back into the company, we became larger and larger, bidding on bigger and bigger jobs. In the 1980s, we were invited to bid on some larger diameter work in Saskatchewan and Alberta. In 1987, we got certified and, a year or so later, for ten years, there was nothing but large diameter work and we slowly got into the large diameter, unionized jobs. The growth was phenomenal in the ‘90s. Our equipment never even came home for ten years

“Over time we just grew and grew, and today, we do multi-million dollar contracts – 500 kilometers at a time, employing, sometimes, close to a thousand people. There have been ups and downs in the last five to ten years, but even though the economy in Alberta is pretty bad, there’s always been large diameter pipeline work available for us to bid on successfully. Our clients include Trans Canada, Enbridge, Inter Pipeline, Pembina, Shell, Atco – anybody who builds large diameter pipelines.”

Waschuk believes that his company differentiates itself from the competition in several ways. “Most of our competitors are large, publicly-owned companies and we’re a private company run by the owners – myself, my brother, and my dad, who is pretty much retired. My brother and I are hands-on every day, out in the field, in project meetings, dealing with owners, directly. We have entire control over the finances and running of projects.  So, that’s an advantage – we run very efficiently and we can react and make decisions very quickly.”

The company also focuses environmental protection. “Everybody thinks that we have a big impact on the environment,” Waschuk avers, “and we do have some impact. But, actually, when we leave a job, all the topsoil and tree planting and riverbank restoration is probably in better shape than when we started the job. These things impact operations, and ultimately, costs, but you can never spend enough money saving the environment.”

“Also, we maintain and run a top-end fleet of equipment and trucks that we rotate out every couple of years, so we have good, current equipment,” Waschuk adds. In fact, Waschuk Pipe Line Construction owns and maintains 72 Sidebooms, 53 Excavators, 47 Dozers, plus 8 Graders, 6 Rock Trucks, 5 Tack Rigs, 7 Loaders, 3 Bending Machines, 6 Boring Machines, 4 Farm Tractors, and 200 other trucks in its fleet.

Another key to the company’s success has been its long-term, good working relationships with its subcontractors and vendors; it has years of experience outsourcing many specialized tasks involved with mainline pipeline construction to its network of partners, and its Subcontractor Management Program utilizing pre-qualification checklists, formal inspections, and subcontractor company involvement in meetings and supervisory training, ensures that all subcontractors and vendors meet client requirements.

Finally, Waschuk says that the ability to consistently develop good personal relationships with the leaders and members of the communities in which it works is a prime differentiator. “What’s important is dealing with smaller towns’ councils and mayors – developing personal relationships with them; supporting and donating goods and services for local communities that we go through. You improve your community relations and the community improves after you’ve left.”

Going forward, Waschuk simply states that he wants the company to keep growing as a successful business, while changing and adapting to any external forces that might pop up. “You have to stay current with the times and the situations or you become extinct,” he offers. “We’ve lasted 52 years in a volatile environment and we’ve become quite successful through hard work and good management, and through family-oriented goals.”

“And it’s very important to take care of our people,” he adds, in summation. “Because, people are what makes our company successful. We make our workplace as safe as humanly possible, and we educate all our supervisors to align with our safety and environmental objectives. We have a dedicated group of supervisory people, a lot of whom have been with us over 30 years. But, we also try and attract more young people into the industry, so we can carry on into the future.”

WHO: Waschuk Pipe Line Construction Ltd.
WHAT: A constructor of pipelines and oil and gas production facilities
WHERE: Red Deer, Alberta
WEBSITE: www.waschukpipeline.com

Finning (Canada) – Finning Canada, headquartered in Edmonton, Alberta is one of the world’s largest distributors of Caterpillar products and support services. It supplies new, used, and rental equipment to the following sectors: Agriculture, Construction, Forestry, Governmental, Mining, Power Systems, Petroleum, and Paving. The company was founded by Earl B. Finning in 1933. Today, Finning employs over 12,000 people worldwide and operates in three geographies with the head office in Vancouver. – www.finning.com

Teamsters Local 362 – Teamsters Local 362 is affiliated with of the International Brotherhood of Teamsters, and represents over 7,000 members in a vast array of industries, spread across the Province of Alberta and the North West Territories. – www.teamsters362.com

TerraPro Inc. – TerraPro is an Alberta-based company that provides remote access and terrain protection products and services, reclamation, and other earthworks services and surface rental equipment in western and northern Canada and around the globe. TerraPro was a winner of Canada’s Best Managed Companies program in 2014 and re-qualified in 2015 to maintain its status as a Best Managed company because of its focus on creating innovative, win-win solutions for the company and its employees, customers and investors. – www.terraproinc.com 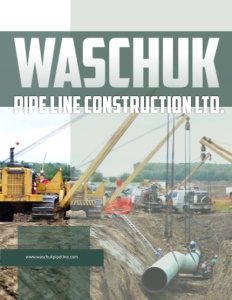