The power of team work

Based in Tempe, Arizona, Keller Williams Realty Phoenix is a full-service real estate brokerage in the Southeast Phoenix Valley comprised of top agents in the industry. Each team member is dedicated to making the home buying and selling process as easy as possible for their clients, while keeping them well informed every step of the way. The company is proud to be defined by its culture, education, and technology, with a mission to build careers worth having, businesses worth owning, lives worth living, experiences worth giving, and legacies worth leaving. Keller Williams thinks like a top producer, acts like a trainer-consultant, and focuses all its activities on service, productivity, and profitability. 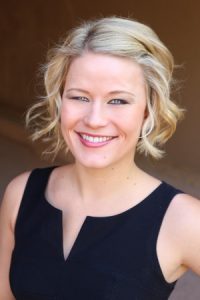 Independently owned and operated, Keller Williams Realty Phoenix has been in the marketplace more than 15 years. Five years ago, the current ownership took over with the idea of creating a place for agents to learn and grow. The brokerage is extremely team-heavy, and some of those teams are the biggest in the state. Kelly Henderson, CEO of Keller Williams Realty Phoenix, says their focus is geared toward an education base far above the average agent. “I became CEO a year ago and brought my team over here because I sought that ‘big knowledge’ frame, and how perfectly they were set up to work with teams. As CEO, I’m out of production now, and I focus on the growth and support of our agents and our office.”

Keller Williams Realty Phoenix teams vary in size from three agents to the plus-30 range. There are 30 homegrown teams, and five expansion teams with their hub in another state but boots on the ground in the Tempe office. In all, the 35 teams make up 60 percent of the total agent base of 275. The office covers the entire Greater Phoenix Metro area – a population of six million people. Of the 70,000 real estate agents in Arizona, approximately 70 percent are in the Greater Phoenix Metro region.

Keller Williams is the biggest real estate brokerage in the world with over 180,000 agents in more than 32 countries. Competition is heavy, but KW has a different mindset – recognized by Training Magazine as number one in educating agents. Henderson explains, “Keller Williams has their own trainer certification platform and, in our case, one of those trainers is the owner of our office. Three agents in our office are in Gary Keller’s Top 100 Mega Agent Mastermind; they learn directly from Gary Keller himself, and are able to bring in other mastermind agents to teach on their own experiences. It gives our office a unique perspective on higher-level training.”

Online training is also done on www.kwconnect.com – the Keller Williams version of Google for real estate agents. The site features KW-approved courses where the content has been built to help agents succeed. Agents can also post their own content, and have it rated by Keller Williams. Many of the high-level course materials are also available online if agents want to self-teach at home.

Henderson tells of another aspect unique to Keller Williams Realty Phoenix: “Because there is so much business out there, there is no point in being competitive with each other. Instead, our teams are very collaborative. For instance, we have a monthly Top Agent Mastermind that meets here, and half of the agents are from outside our office. They’re all top producers, but because our MLS is so vast, we rarely compete against each other. Who we’re competing against in today’s market is ‘my mom’s sister who is a hairdresser and part-time real estate agent.’ That category of competition is way more frequent than someone saying they’re interviewing the three best agents in this office.”

Community involvement and giving back is at the core of the Keller Williams philosophy. The annual Red Day in May has every office pitching in for someone in need. For Keller Williams Realty Phoenix, Red Day is all about Sunshine Acres – a local children’s group home that serves 70 to 80 kids a year. It has multiple homes on campus, like a huge subdivision. Each home has a set of parents who look after up to 10 children. The houses are well built and beautifully decorated, and there is also a mini-skatepark and a pool on campus. Unfortunately, after the initial donations, Sunshine Acres finds itself in need of a regular revamp. In that respect, Red Day is a true blessing.

“We do other community events throughout the year,” says Henderson. This year, we did a prom dress drive for a local organization called The Cinderella Affair. We do quarterly blood drives, Adopt-A-Family for the holidays, and canned food drives. A lot of our involvement directly benefits the people in our agent community. We had an agent diagnosed with a brain tumor and the office rallied and helped him adapt his business, but still gave him 100 percent of the profits. We also did a fundraiser to help pay for chemo and radiation.” 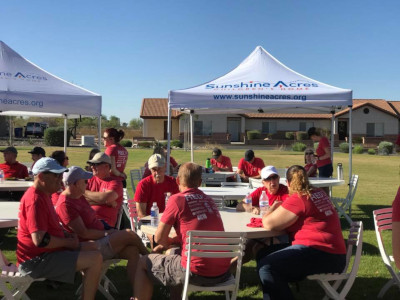 Housing inventory is low across the country, and Phoenix is no exception. They’ve been at about 2.6 months’ supply for seven years – a solid sellers’ market – but the Phoenix office is now preparing its agents for the inevitable shift. “At KW, we believe By Agents, For Agents,” states Henderson. “Our ownership group is entirely comprised of producing real estate agents. They bring in their resources by teaching and training and coaching. We find that while there is extreme value in partnering with our phenomenal sponsors and preferred vendors to bring our agents a high level of service, the width we have in our investor group and the depth they provide is really impressive.”

Also impressive is the new technology Keller Williams has been rolling out based on data acquisition. The company built its own referral network – a website platform that can, for example, quickly narrow a search for a specific agent from 3000 down to 10. Processes are rolled out one section at a time, as they are approved by agents. A product might start with 50 agents that work on it until it’s good, then go to 500 agents, then 10,000, then two different states, and be expanded out from there.

Henderson reports, “KW is also labbing the idea of owning our own mortgage brokerage, so we can control the overhead fees our buyer clients are being charged. We’re finding they’re saving over $5,000 per transaction in some markets. The goal is, if we as agents can show our benefit in other ways that don’t harm our commission, we can protect the interests of agents, while also benefiting our clients at a higher level. It’s about putting the consumer at the heart of the transaction. They can still shop all they want, this is just a secondary opportunity. But because the numbers create such a vast difference, the consumer is benefiting more through Keller Mortgage than through an institution they may find on their own. KW makes their money on the real estate sale side of things, so there isn’t as much pressure on the auxiliary pieces, because we’re protecting what we’re really all about, which is selling homes.”

Looking ahead, Henderson has an ambitious objective for Keller Williams Realty Phoenix – to increase the average annual commission to $100,000 per agent over the next 12 to 18 months. She elaborates, “Here in the Valley, the average agent makes $35,000 to $40,000 annually, which is nothing compared to our average price point. In some markets that might be a fine commission, but our average sale price is bordering $275,000 to $300,000 so, depending on the commission they charge, we’re really talking about four or five transactions per year per agent. Our brokerage is double that – the most recent statistic was about $78,000 for the year. I want to grow the office from an agent perspective, because the more successful people we have, the more we will attract. When I meet with agents, their vision for a life in real estate usually involves a six-figure number. I want to make sure an average agent can get to that. The five-year plan is to grow the current number of agents from 300 to 600.”

Henderson also comments on emerging online tech start-ups in the real estate realm. “The question mark over the next few years is: how will agents keep service and expectations alive? I believe that the way they set that tone will dictate the outcome. For example, you can sell your vehicle on cars.com, but the dealerships haven’t gone anywhere, because consumers still feel uncomfortable making a transaction of such large magnitude without support or assistance. With real estate, we’re talking about a $300,000-plus investment. So, this is our opportunity to share our worth.”

“The KW model is set up such that the brokerage and the agent need to win together to be successful. At KW Phoenix Realty, we are agent-centric. We want to create a place where people can realize their dreams and bring that to their families and their charities and find financial freedom.”

Check out this handpicked feature on StorageMart – Self-storage satisfaction.

WHAT: A full-service real estate brokerage 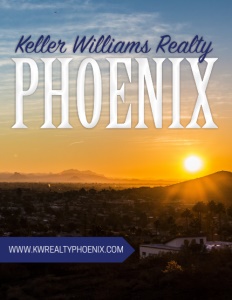