The Cavern City Air Terminal – We welcome everyone

The Cavern City Air Terminal is a public use airport in Eddy County, New Mexico. It is owned by the City of Carlsbad and located six miles southwest of its central business district. The Airport covers an area of 1,980 acres and has four runways with asphalt surfaces. It is served by one commercial airline, Boutique Air, with scheduled passenger service subsidized by the Essential Air Service program, a U.S. government program enacted to guarantee that small communities in the United States, which, before deregulation, were served by certificated airlines, maintain commercial service. The Airport is also supported by gross tax receipts from the City of Carlsbad.

“The Airport originated in 1940, with Continental Airlines, which was the first commercial airline to serve Carlsbad with flights to El Paso and Denver,” says Airport Manager, Sherri Chandler. “They also had stops at Albuquerque and several other cities. They flew Lockheed Model 10 Electra’s and Lockheed Lodestar’s followed by the Douglas DC-3.” 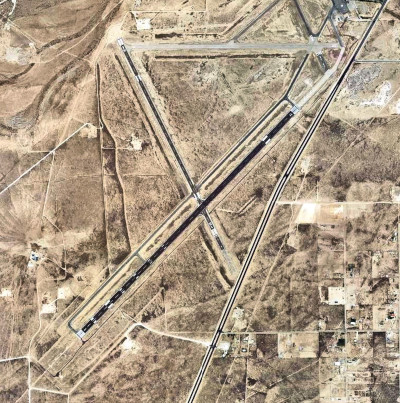 In 1942, the Cavern City Air Terminal was activated by the United States Army Air Corps as Carlsbad Army Airfield. “During that time, they trained bombardiers and it was here that the Norden Bombsight was used. This was a highly technical piece of equipment that they kept under guard so that nobody would steal it,” Chandler explains. “It was a top secret device that they used to drop bombs.”

“After the war, the flights to Denver were discontinued and new flights were added going to San Antonio and Kansas City, each making several stops,” Chandler continues. “Flights to El Paso and Albuquerque remained. Then there was a small commuter carrier named Bison Airlines which served the city for a couple of years in the late 1960s, as well. In 1963, Continental transferred its route authority for Carlsbad to Trans Texas Airways, which modified the eastbound flights to go directly to Dallas. Trans Texas later changed their name to Texas International Airlines and replaced the DC3s with the Convair CV-600 Turboprop aircraft. After that, in the 1970s, for a short time, Texas International upgraded all their flights with the 85-seat Douglas DC 9-10 jets, but reverted to Convair 600s after about a year.

“In 1979, Air Midwest took over and they had flights to Albuquerque, and Midland and Odessa, Texas, using a 17-seat Swearingen Metroliner. In 1984, Mesa Airlines had the same routes using Beechcraft 99 and Beechcraft 1900 airliners. For a very short time in the spring of 1987, Continental Express, operated by Trans Colorado Airlines, served the city with flights to Albuquerque and El Paso, also using Metroliners. Mesa served from that time to 2007; but then, they grew too large and discontinued serving small cities with small aircraft. From 2007–2015, we had Pacific Wings, the parent company of New Mexico Airlines, and they flew a Cessna 208 Caravan to Albuquerque. They tried flights to El Paso and Midland, but deemed that they weren’t profitable enough. In 2015, Boutique Air took over. They use an 8-seat Pilatus PC-12 aircraft and have two daily flights to Albuquerque and one to Dallas/Ft. Worth. They’re looking at maybe one more route to Dallas. They’ve grown really big that they’re trying to keep up with their growth.”

Cavern City Air Terminal also is a general aviation airport and, today, 21 GA aircraft are based there. The only business on the grounds is the FBO, Chandler Aviation (no relation). “They sell fuel; they lease out the hangars; they have a pre-flight planning room, a kitchen, TVs, and rest areas,” Chandler notes. “Doug and Terry Chandler have put a lot of their own money into the Airport. They built this 35,000-sq.-ft. FBO and made updates in terms of brand new fuel farm, a brand new self-serve station, and they refurbished all the ground hangars. Every one of the hangar spaces are taken at this time.”

In addition to the scheduled commercial flights at Cavern City, Chandler says that the main influx of air traffic, currently, is corporate aircraft. “We’re a booming community due to the oil and gas industry, plus we have some other industries in Carlsbad; we have the Waste Isolation Pilot Plant (the nation’s only deep geologic long-lived radioactive waste repository. Located 26 miles southeast of Carlsbad, New Mexico, WIPP permanently isolates defense-generated transuranic (TRU) waste 2,150 feet underground in an ancient salt formation), and also potash mining, so we get a lot of corporate aircraft in here at this Airport.” 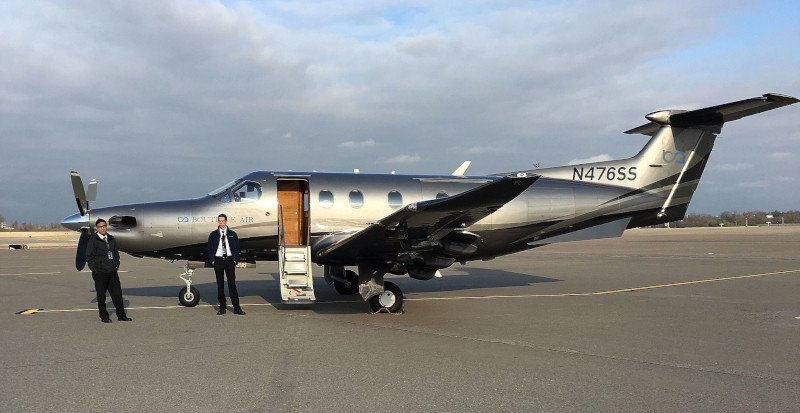 Regarding Airport maintenance, Chandler relates that she will be overseeing a new project come the first of the year. “We have an intersection on our airfield that has two runways and a taxiway that intersect, and the FAA is focusing on airports that have a similar situation,” she explains. “They’re funding us to remove the taxiway out of that intersection and that’s going to be a $1.9 million project starting off, and the following year, we’re going to need an additional $850,000 to complete the project. They weren’t able to give us enough money to do it all in the same year, so we’re hoping that the next fiscal year, we’ll get the remaining amount to finish the project.”

Chandler says she is really proud of the Cavern City Air Terminal. “Three of our four runways are Part 139 runways, so we’re real proud that we still hold the certificate and we aim to keep that certificate and keep the Airport up to those standards.  Also, it’s a great place to stop and rest, get fuel, plus we have a lot of things to see in Carlsbad. We have Carlsbad Caverns, which is one of the Wonders of the World, we have a state park, a living desert, and we have a river running through Carlsbad. It’s a great tourist town. And, this is a friendly airport; we welcome everyone.”

Check out this handpicked feature on Hector International Airport – Reasons to fly Fargo.

WHO: The Cavern City Air Terminal 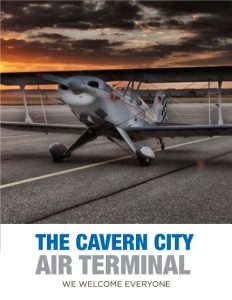