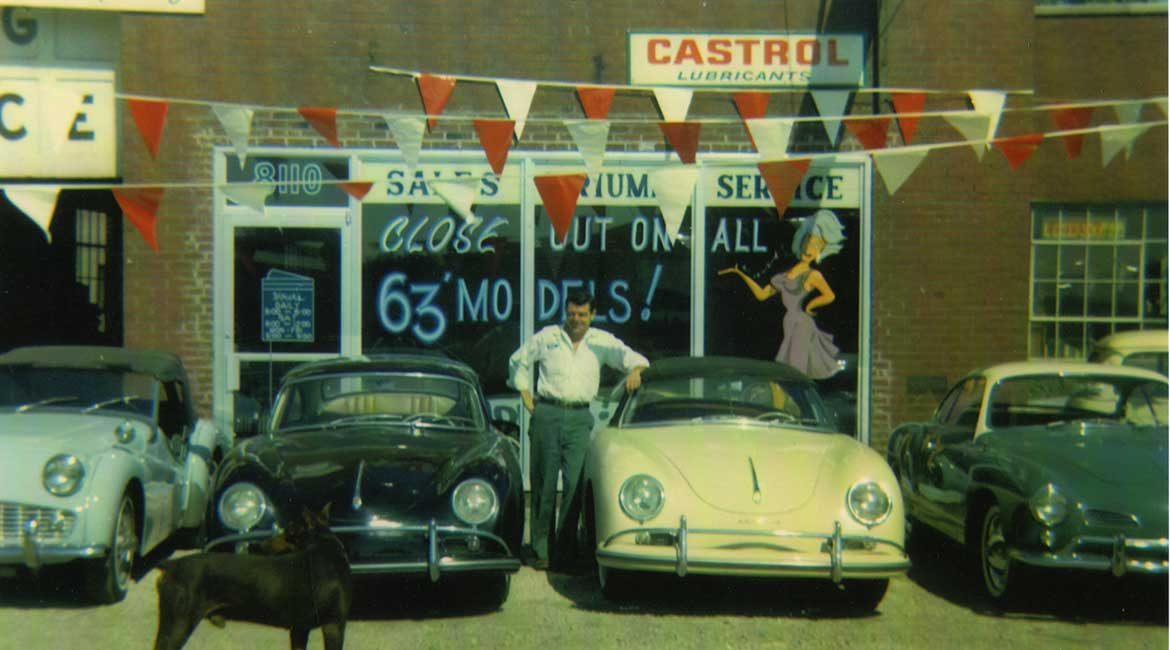 Joel Weinberger, a Dealer Principal of the Continental Motors Group, talks about how the company was founded by his father, John, and his uncle, Herman. “They were brothers who were sports car guys all their lives,” he says. “Herm was more of a body man and my father was more of a mechanic type who was involved in sports car clubs back in the late ‘50s and early ‘60s. In 1962, he was approached by Triumph Motor Cars, out of Great Britain, to open a dealership. He asked, ‘What do I have to do to be a dealer?’ They said, ‘You buy four cars and a sign and a thousand dollars worth of parts, and you can be a dealer.’ He thought that was a pretty good deal. He was basically a gas station garage mechanic at that point, so he invited his brother Herman to come and join him, since he had the body shop experience, and they opened their operation.”

“That was their first new car franchise,” Joel continues. “That led to MG, Jaguar, and other British car brands. When Toyota came to market in ’66, the distributor at the time almost begged them to take on the dealership, because back then, Toyota was not a popular car. Then, other opportunities presented themselves, whether it was Honda or Ferrari or others. The bottom line is that they loved cars and back then domestics were big and the big domestic dealers scoffed at little import dealers. But then the energy crisis came in the early ‘70s and, as my dad liked to say, ‘We were famous by Friday,’ because everybody was trading in their big Cadillacs and Buicks for fuel-efficient Hondas and Toyotas.”

While each store is run independently, Cheryl says they operate as a group when necessary or convenient, such as its combined wholesale parts operation, shopping for health insurance for their 700 employees, and when they advertise. “The umbrella brand is Continental Motors Group, so every store is called Continental Honda, or Continental Toyota, or Continental Acura,” explains Joel. “So we try to brand the name ‘Continental’ and that way we are different than the rest.”

They also make decisions together, remembering that sometimes running a family business can be fraught with its own kind of perils. “Respect for others is utmost when you’re dealing with family because every family member has a different view of their future and their needs,” says Cheryl. “So, understanding where they’re coming from is important; you have to be a good listener. We basically all have the same goal, which is to serve the customer, and treat everybody fairly and with respect, and have a good reputation as a family. It’s a road that you travel, year by year, as everybody grows and develops. In this family, I have employee relations, Joel has expertise in marketing, and my cousin Jay has an accounting degree, so he’s budget-minded. And I think putting all our ideas together to come up with well-rounded plans seems to work out. And John and Herm instilled that early on – customers are our future and if we don’t recognize that and be selfish, we may not be around. So, all three of us have that as a code of ethics. Customers are important, respect for one another is important, and hopefully we can grow into the future generations with that in mind.”

Joel agrees, but with one caveat: “When I look at other second generation dealers that I know in the business, I think one of the things that has helped us is that John and Herm had the foresight to have each store owned and operated autonomously on a daily basis. So, that way, we can kind of have our own domain. We do things differently and the fact that I don’t have to bounce every daily operational idea off my brother and cousin makes things easier. But we come together very democratically for the larger Group decisions – three decision-makers and the majority wins. And we all respect that.”

Even though the Group still operates with its traditional family values intact, car buying and car selling have both changed radically since John and Herm’s day. Aaron Nelson, Cheryl’s son, explains a bit about the former: “Most people, nowadays, with everything online, are just a couple of clicks away from getting a price,” he says. “They can essentially shop at five different dealers in a matter of minutes. I do the internet sales, now, and I spend all my hours with internet leads, phone calls, and people calling in and asking, ‘Is that car available; is this available?’ And the first thing they’ll tell you is, ‘I’m also looking at other cars just like it.’ It could be different makes, but if it’s the same size vehicle, they might be looking at a Nissan, a Honda, a Toyota, and you have to win them over with why your brand is better. So, the competitiveness is definitely there on the internet; it’s the first step of shopping around.”

Joel talks about how things have changed in the showroom: “The three stores that I operate on a daily basis are Acura, Audi, and Mazda. At those three stores, we’ve initiated some additional positions in the showroom, which we call product specialists, which are salaried positions; they’re not commissioned. I like to think of them as customer service agents where they’re presenting the product and answering questions. If they want to get to numbers, we have a manager come in and work the numbers. That’s been about two years in the making and it seems to be pretty well-accepted by people walking in the door; they like that type of approach.”

Cheryl talks about the expansion of customer amenities, such as the opportunity to have their cars picked up at home, for service. “That’s now standard procedure,” she states. “There are cookies, apples, dog treats, several big screen TVs. Ten years ago that was an exception. But we’re willing and flexible enough to serve their needs. And we’re always conscious of peoples’ time. That is the determining factor in how good their experience is. They come in, they know what they want, they know about what they’re going to pay. That’s the fast and easy part. It’s now waiting to get into finance that takes a little bit more time if everybody decides at 3 o’clock that they’re going to buy a car and you’re ten cars deep. So, we have to be very conscientious about a customer’s time and show that we value that.” Joel adds that at his Mazda store, he just completed a renovation of the waiting area “We’ve added a business center and IPads in the kid’s room – when kids are entertained, the parents are more at ease.”

Both Cheryl and Joel agree that the Group’s future growth will continue to be cautious and measured – as it has been in the past. “Small and steady wins the race,” Cheryl says. “We’re always looking at opportunities, but it’s got to make sense geographically,” adds Joel. “I like to be in the stores every day, and the stores that I’m responsible for are all within a close radius, so it makes it easy. The one outlier for my travels is the Ferrari/Maserati location, but I love being around those cars, because they embody the company’s roots and our enthusiasm for sports cars.”

Meanwhile, the Continental Motors Group will carry on as the respected company that has served its local clientele well for over half a century. “We’re not the typical dealership in that we don’t apply maximum pressure during the sales process and we’re not trying to squeeze every last cent out of our customers,” says Joel. “It’s all about building relationships, long-term. Here we are, 55 years in, and we have a lot of people who have bought dozens of cars from us – three generations of buyers. So, I think that’s how we try to differentiate ourselves. We’re not super flashy. We’re down to earth.”

WHO: Continental Motors Group
WHAT: A group of new and used car dealerships
WHERE: The Greater Chicago area
WEBSITE: www.continentalmotors.com

F&I Solutions – Based in Muskego, Wisconsin, the F&I Solutions Group provides consulting, training, and cutting edge products to automobile dealers. The company was founded by Frank Martin, who sold finance and insurance products.  After an extremely successful in-store career, Frank decided to take his wealth of knowledge to other dealers by offering a non-product based, temporary resource for providing a fill-in finance pool of F&I specialists. – www.fi.solutions

VinSolutions – Headquartered in Mission, Kansas, VinSolutions is an industry-leading developer of Internet-based desking, automotive CRM, and Internet lead management (ILM) software that consolidates data from all areas of an automotive dealership and helps dealers find, sell, and keep customers. This all-in-one internal management, sales and service marketing solutions platform is a cloud-based system that is used by dealer groups and individual dealerships from anywhere an Internet connection is available. – www.vinsolutions.com 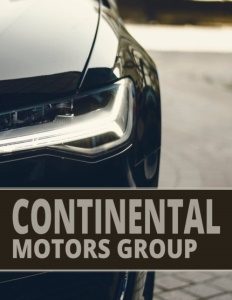