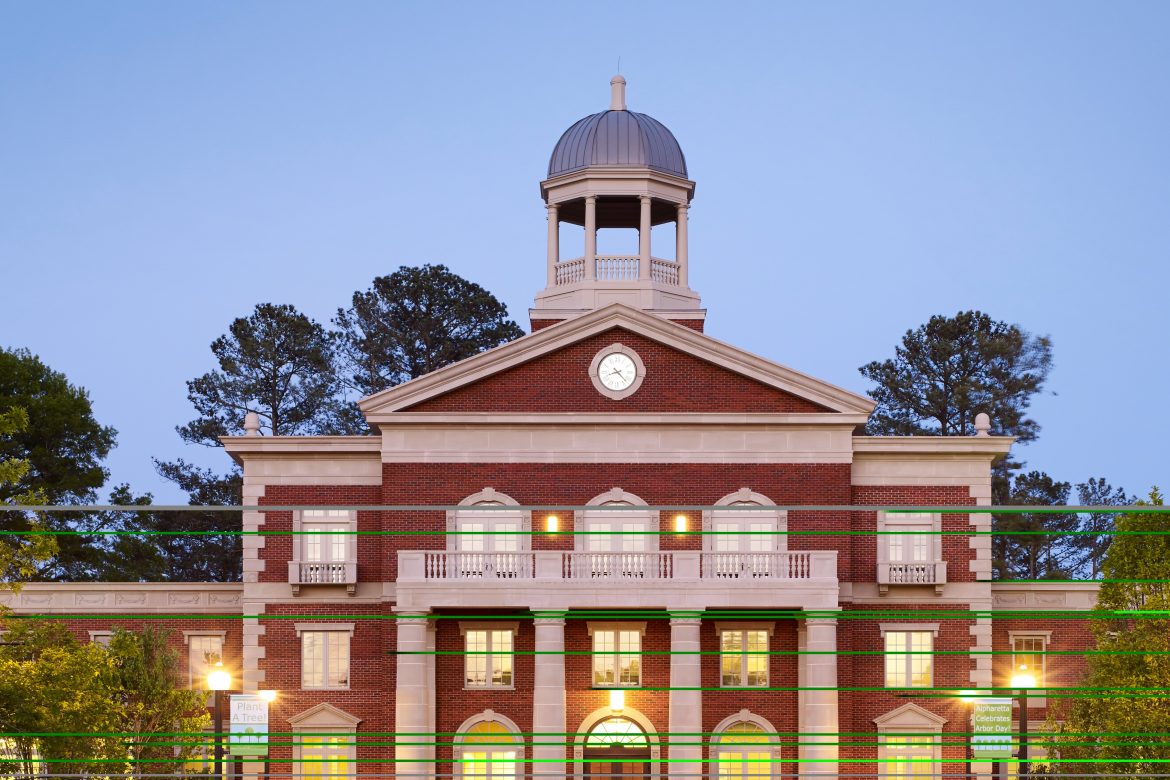 For more than a century – through the 1863 smallpox epidemic, the Civil War, and the Great Recession of the Dirty ‘30s – the city of Alpharetta, Georgia persevered and found a way to thrive. Until the early 1980s, it was a small, agriculture-based community. But soon after, thanks to the advent of technology, it evolved into one of the most prosperous cities in America. Home to 3,000 residents in 1980, the population has grown to 65,000, today, and swells to more than 100,000 each workday. Alpharetta is now Georgia’s 12th most populous city, boasts some of the best schools in the U.S, and is widely touted as the “Technology City of the South.”

While sporting all the trademarks of a metropolitan city, Alpharetta is also a sought-after environment for raising a family and enjoying an enviable quality of life. In a recent interview, Community Development Director, Kathi Cook, and Assistant City Administrator, James Drinkard, brought us into the loop with updates on current and planned projects for this dynamic community. One of the most impressive works in progress, the Alpha Loop, has a story all its own.

Drinkard explains, “Like much of metro Atlanta, Alpharetta is progressing from a car culture to a walkable type of community. At the core of that is the Alpha Loop project; a multi-use trail designed to connect and accommodate pedestrians and bicycles in a very interesting way. As our Mayor, David Belle Isle, likes to say, ‘We have a lot of great ‘stuff’ in Alpharetta, and we’re always looking for better ways to connect the people to the stuff.’”

The vision includes public artwork and parks along the path and trail system, creating not just a transportation corridor, but a recreational corridor, as well. Leading the charge, Cook says, “We already have a one-mile section under development – from City Center to Avalon. The city has leveraged impact fee credits to get that section built, and it should be finished by early 2018. A lot of investors are looking at the route. A great example: George Banks, part of the Krog Street development in Atlanta, chose a location along the Loop.”

Alpharetta has more than one million square feet of office space under development; over 60 percent along the Alpha Loop. City Council also recently approved building plans for 360 Tech Village – a million-and-a-half-square-foot development around a large lake that will be dedicated and added to the Loop. “City center is roughly half of our downtown,” says Drinkard, “with 22 acres of new development now under construction, including retail, office, residential, parks, a library and city hall. It’s connecting downtown to Avalon, which, itself, is a little over 200 acres and one of the premiere developments in the southeast.”

The massive Avalon project consists of over 500,000 sq. ft. of high-end retail and restaurants – brands not typically seen in suburban markets around Atlanta. Many are first locations for the southeast market. Within that scope is an Apple Experience store; a Tesla showroom operation; designer fashion labels; and chef-driven restaurants. Also on tap is a hotel/conference center representing the top-tier Marriot Signature line.

The third leg of the Alpha Loop is Northwinds – the Georgia 400 interchange that ties the technology spine coming out of Atlanta to the northern suburbs and Haynes Bridge Road, and incorporates North Point Mall. The 12,000-square-foot Verizon Wireless Amphitheater connects to Big Creek Greenway, an 8-mile linear park and recreational trail along the Chattahoochee River at the heart of the Alpharetta experience.

Bringing walkable urban concepts into a true suburban market reflects changes that companies and their employees are looking for: another type of lifestyle to round out the Alpharetta community without having to get in a car. In metro Atlanta, known for having some of the worst traffic in the country, that’s huge. Cook notes, “The section that goes through the existing large office market is very suburban, and the buildings are set back with large parking lots. We’ve found that office users are looking for commutes with mixed-use and recreational opportunities, so the ‘Loop’ will connect them to retail and restaurants. There is a lot of interest here; Jackson Healthcare has a permit for 250,000 square feet, resulting in 1500 jobs.”

The current focus of the Alpha Loop is the inner loop. The next phase – the outer loop – is the frosting on the cake. Drinkard adds, “Once the inner loop is done, you’re looking at 15,000 jobs, three million sq. ft. of office space, and over 700,000 sq. ft. of retail and restaurants – plus, residential on top of that. It’s a key component for Alpharetta’s future.”

Several sections of the inner loop are presently under construction. Funding is accessed from the city’s capital budget; impact fees which developers pay; sidewalks and parks accounts; and private contributions. One developer with a million square feet of office space along the trail donated $100,000 towards project construction. And the city is always looking for new partners to come on board.

“Residents tell us their three biggest concerns are traffic, traffic, and traffic,” says Drinkard, “so we’re expanding our key east-west arterial collectors that flow through the city, and tightening our neighborhood collectors to keep traffic going where it needs to go. Because Alpharetta is an employment center, our population almost doubles during the work day, and we need to provide pipelines for commuters. At the same time, we are a suburban market with citizens who want to maintain the residential feel of their neighborhoods.”

Aptly dubbed “Technology City of the South,” Alpharetta is home to more than 600 tech-based, new economy companies. Drinkard reports, “In a lot of ways, Atlanta is jealous of us because of our technology base. We compete with Austin, Boston, Silicon Valley – areas like that. We even have an operation that has re-located to Alpharetta from Silicon Valley because they can leverage those angel investor dollars far more here. It’s simple economics. At the same time, they have the advantage of our highly-educated labor market, and research universities based in Atlanta, proper.

“We do not tend to see the early start-ups that are still trying to develop their product or service. Those are being located inside the city of Atlanta, largely around Georgia Tech. But once they have a proven concept and they’re ready to launch their company, they come to Alpharetta. Where Atlanta is focused on incubators, we’re focused on accelerators. Fintech, and things like cyber security. Beyond that there are healthcare and corporate headquarters operations. We’ve become a preferred location for all that, not just in the southeast but throughout the country.

“We don’t compete against, say, Plano, Texas – a suburb of Dallas. We compete against Dallas. We’re going up against the large cities, and we’re international. Our Economic Development Director just came back from a technology conference in Spain; third trip to Barcelona in three years, and we’re seeing international investment coming from that. Now we have companies from around the globe saying they’ve heard about Alpharetta and want to come here. It’s been a huge change in the past six years. Prior to that, we were just a suburb of Atlanta. We still are. We don’t see ourselves as ‘we don’t need Atlanta’ – it’s a symbiotic relationship but the symbiosis has changed. It’s no longer that we rely on Atlanta, we truly play off each other.”

WHO: Alpharetta, Georgia
WHAT: A city of 65,000
WHERE: North Fulton County, Georgia; a suburb of metro Atlanta
WEBSITE: www.alpharetta.ga.us 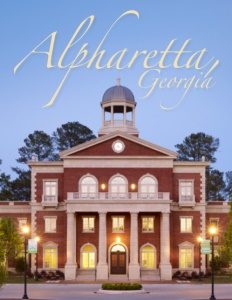